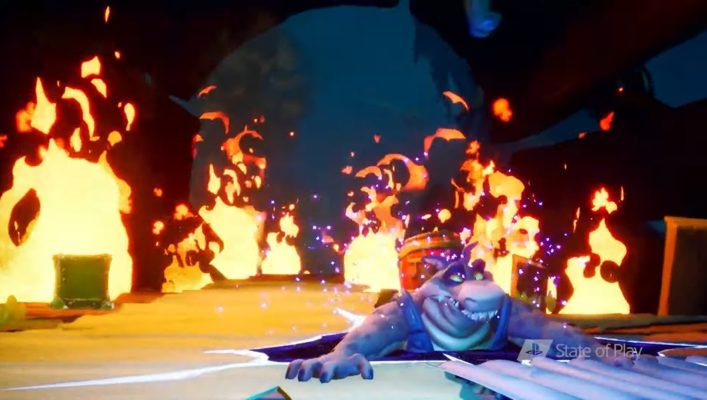 During the August 6, 2020 State of Play, the Crash Bandicoot 4: It’s About Time playable characters were discussed. As expected, Crash, his sister Coco, and Neo Cortex were mentioned. However, Toys for Bob also confirmed that Dingodile will be playable for the first time ever.

The premise for Dingodile’s sudden appearance was mentioned too. After the events of the third game, he had opened his own diner. However, it’s been ruined and the unfortunate events of Crash Bandicoot 4 end up resulting in him getting his tail into the game.

There was also another gameplay confirmation for Coco. She will be completely playable. Any section where you could play as Crash, you’d be able to play as Coco.

Inverted Mode was also announced. It is essentially a Crash Bandicoot 4 mirror mode. However, these levels won’t just be inverted. They will also have different designs and elements. In the trailer, a colorless world that ended up being filled with rainbows and light was shown as one remix, while another looked like an old-time movie.

Here’s a look at the new elements shared during the State of Play. Crash Bandicoot 4‘s Dingodile comes up at the 3:20 mark.

Crash Bandicoot 4: It’s About Time will come to the PlayStation 4 and Xbox One on October 2, 2020. There will be no microtransactions and there will be different skins.