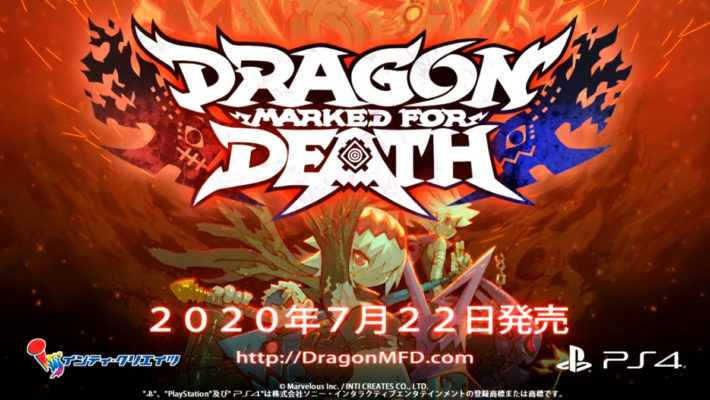 The announcement was made via the latest livestream on Inti Creates YouTube channel. The developer stated that the game will include the same content as the recently-released PC version. This means that Bandit and Oracle will be available as extra playable characters from the get-go, alongside every other piece of content released via the Expansion Pass. The Dragon Marked to Death PS4 version is also pre-patched to the latest version of the game. The game will only be released digitally for PS4, and pre-ordering the game on the PlayStation Store will net players extra weapons based on the Gunvolt series.

Additionally, Inti Creates also showed off a sneak peek at the latest update for the game, which will include harder versions of two major boss fights and add some new weapons for each character. The update also apparently adds a new ability for Bandit, where opening chests with Bandit will slightly increase the possibility of better loot. Bandit and Oracle will also get balance updates to improve their combat capabilities.

Finally, Inti Creates announced that the Nintendo Switch version of Dragon Marked for Death will no longer be sold as two separate sets beginning on August 8, 2020. It will instead be purchasable as a complete package, similar to the other platforms.

You can watch the announcement and update info below: