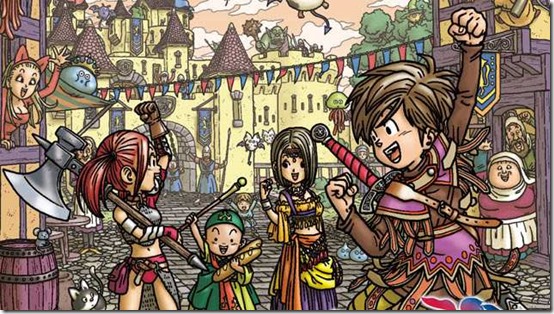 Dragon Quest executive producer Yu Miyake recently worked as the producer of.  Dragon Quest XI, but he’s been thinking of ways to bring the DS RPG Dragon Quest IX to smartphones. [Thanks, Gamestalk.]

During the recent Super Dragon Quest X TV Fall Festival 10-Hour Special 2018 broadcast, Yu Miyake mentioned that the problem they had in bringing Dragon Quest IX to smartphones was due to the difficulty of reproducing the wireless connectivity feature, which was a big hit in the original version.

However, thanks to recent advancements and some new useful tools, he is now “beginning to see the possibilities” of developing Dragon Quest IX on smartphones.

He also added that it would be difficult to make it exactly like the original StreetPass-like feature, so it wouldn’t be anything like what we’ve seen on the Nintendo DS and 3DS. However, Miyake says he’s aiming to come up with a way to offer a similar experience, and that he’s “beginning to see the possibilities of what they can do.”

Again, he mentioned that Square Enix has bolstered their Dragon Quest series lineup on smartphone, and Dragon Quest IX is one he definitely hopes to release for it.

Dragon Quest IX originally released in Japan in July 2009 for the Nintendo DS. It released in the West in July of 2010.