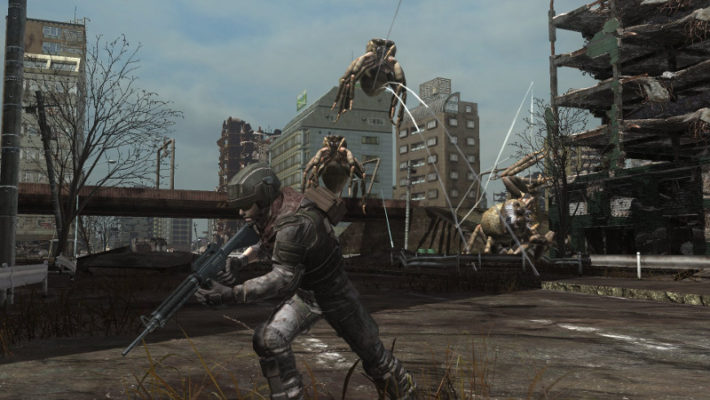 We haven’t heard much about Earth Defense Force 6 since the TGS 2020 stream held in September, as D3 Publisher is focusing on the voxel spin-off World Brothers that will be released in Japan on December 24, 2020. The latest issue of Famitsu has a new interview with Nobuyuki Okajima that revealed a few more details about the long-awaited mainline sequel. Namely, there will be both robots and trucks, and people will be able to combine the two for more mobile attack power. [Thanks, Ryokutya2089.]

The interview confirmed that the development team will add more activities applicable to Earth Defense Force 6‘s post-apocalyptic environment. Players will be able to jump over obstacles and climb high walls and fences. You can even place a humanoid robot on a truck bed, and it will act as a mobile cannon that allows people to attack while moving around. Okajima also confirmed the release window previously confirmed at TGS 2020; he noted that the earliest this game could be released will be the end of 2021.

To recap what we have learned about Earth Defense Force 6 so far, its story takes place three years after the events of the prequel, Earth Defense Force 5. Humanity successfully repelled the massive alien invasion of Earth. However, it was a Pyrrhic victory, as only 10% of the population survived the war, cities were left in ruins, and a sizable number of aliens still remained on the planet.

Earth Defense Force 6 is currently slated to release around the end of 2021. The platforms have still yet to be announced.