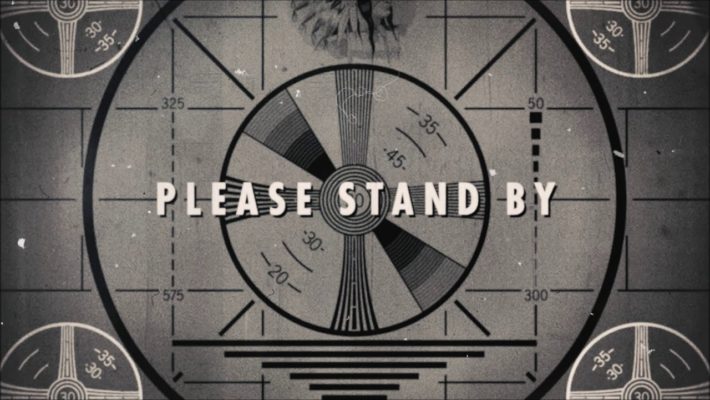 A Fallout TV show is in development. The official Fallout Twitter account shared a teaser for an Amazon Original for Prime Video from Bethesda, Amazon Studios, and Kilter Films. A teaser showing the familiar “Please Stand By” TV logo was shared.

Deadline later appeared with more details. Jonathan Nolan and Lisa Joy, who created HBO’s Westworld TV show together, will be working on it with their Kilter Films production company. Nolan previously worked on the screenplays for The Prestige, Batman Begins, The Dark Knight, The Dark Knight Rises, and Interstellar with his brother, Christopher Nolan. He also was a creator, writer, and director on Person of Interest. Joy was a writer for some episodes of Burn Notice and Pushing Daisies. She also wrote and directed Reminiscence, which will be out in 2021.

There’s no date for when this Fallout TV series could appear or any details on how many episodes might be available.