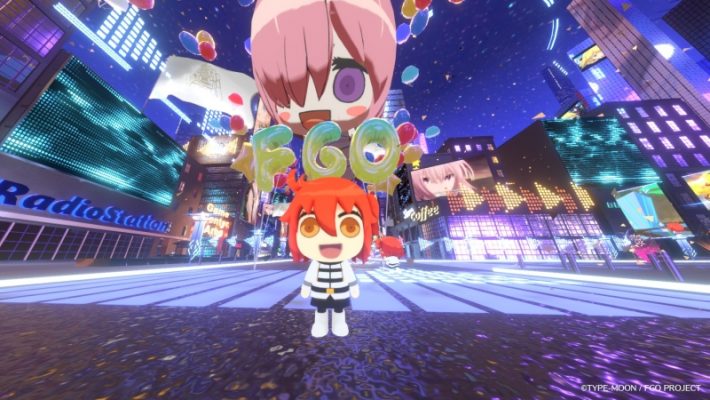 Aniplex and Lasengle are hosting Fate/Grand Order panel at the 2022 Anime Expo, but fans unable to attend will have a place to go to celebrate the game’s impending fifth Anniversary. That place? The “Metaverse”. A special Fate/Grand Order Metaverse virtual space was opened on July 1, 2022, allowing fans to see some sights on their PC or mobile devices.

Check out the tweet from the game’s official account promoting the Fate/Grand Order metaverse space. It’s worth pointing out that this is merely a 3D virtual space, and despite recent associations with the term “Metaverse”, has no connection to NFTs, blockchain projects, or cryptocurrency. The hosting app Cluster is a “social VR” app similar to the popular VRChat, allowing users to explore and congregate in virtual spaces, with or without a VR headset.

A special virtual world has opened in the metaverse!

Interested fans will need to download the Cluster app to their PCs or mobile devices and register for a free account. Upon registering, they can visit this link or the above tweet to gain access to the special Fate/Grand Order Metaverse space through a nearby portal.

Check out the video below, recorded by Siliconera via Cluster exploring the 3D space.

Entering the portal will teleport users into the space, which is decorated like a busy city parade. While in the FGO fifth Anniversary space, users will have their Cluster avatars replaced by versions of Ritsuka Fujimaru as seen in the Fate/Grand Order Learning With Manga series. There they can walk around, engage in voice chat with other users, and even ride in buggies resembling the Shadow Border mobile base.

The Fate/Grand Order Metaverse has several attractions besides the parade area. To one side, three portals lead to scene reconstructions from the 2nd, 4th, and fifth Cosmos in the Lostbelt stories. One scene recalls the battle against the goddess Demeter, another the fight against Surtr, and a third places players atop Arjuna’s Vimana, overlooking the Indian Lostbelt.

A second “Game Center” attraction features a Noble Phantasm gallery, allowing users to pick up and fire off Altria’s Excalibur, Napoleon’s Arc de Triomphe de l’Étoile, Cu Chulainn’s Gae Bolg, and Gilgamesh’s Enuma Elish. Behind the gallery is a shooting area, where users can pick up and throw out Emiya’s twin swords, striking the insect-like crest worms of Zouken Matou.

A third attraction is a brief roller-coaster ride set to the opening theme of the Fate/Grand Order Learning with Manga anime adaptation. The compact nature of the space means it’s where players are likely to encounter some proximity-based voice chat.

The final attraction of the Fate/Grand Order metaverse space is a small exhibit dedicated to the Singularity chapters, as well as the Pseudo-Singularities of the Phantom of Remnant storyline.