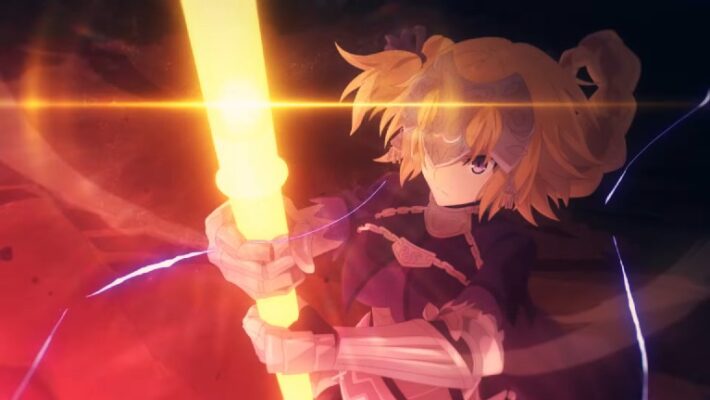 Aside from a new Servant that is currently in the gacha, the Japanese version of Fate/Grand Order is offering a free five-star to any Master who has finished Fuyuki. There is a total of 32 Servants to choose from, and there is no time limit on when this offer ends. Additionally, the sixth anniversary GSSR banners are available for a limited time. There is also a new gacha system and a graphics improvement for Noble Phantasm animations. [Thanks, Famitsu!]

The five-star Servants that Masters can choose for free are the ones that are permanently available from the standard banner. People who wish to obtain limited Servants such as Jeanne d’Arc Alter or Katsushika Hokusai will need to wait until they return in the gacha, or can try for them in the GSSR banners. 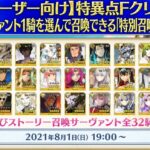 For the sixth anniversary, Fate/Grand Order has twelve GSSR banners that are separated by date and class. Like previous GSSR banners, you will definitely pull one limited SSR Servant from the banner of your choice. However, to roll, you need to buy 15 Saint Quartz and it is a one-time offer. You can only pull from one banner and you have until August 15, 2021 to make your decision. 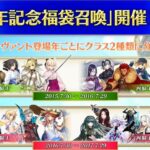 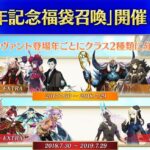 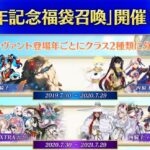 Though the GSSR will not last forever, the new gacha system for Fate/Grand Order will. Every day, you have a chance to pull once from a pick-up banner using a paid Saint Quartz. You can only use this on a limited banner and not the standard story banner. However many times you use this paid Saint Quartz one-time pull, it will not add to your bonus pull from using tickets.

Lastly, Fate/Grand Order will display Noble Phantams in full screen. Prior to this, a frame would appear when during the Noble Phantasm animation when you played the game on a phone with a wider screen.

Fate/Grand Order is available on mobile devices worldwide and the Japanese version is currently celebrating its sixth anniversary. The GSSR banners will remain in-game until August 15, whereas the free five-star Servant offer is permanently available until you choose one.