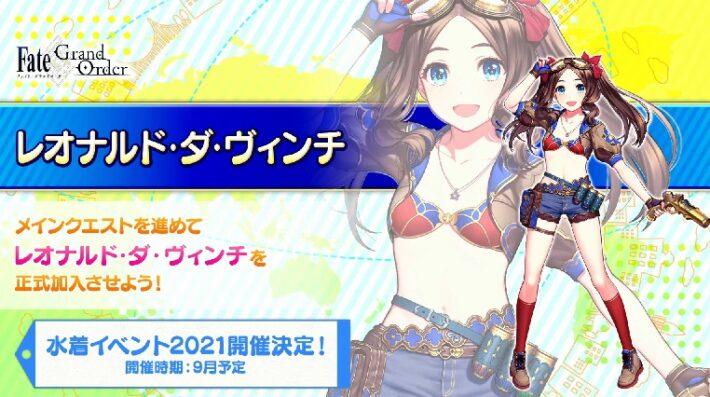 Some information has come out about this year’s new Fate/Grand Order summer event and the free swimsuit Servant that will appear in it. For summer 2021, Masters will get the chance to obtain a free version of Leonardo Da Vinci. In addition, Achilles is one of the Servants who will have a new summer-themed Spiritron Dress. The event will launch in September. [Thanks, Dengeki Online!]

During the FGO World livestream, some information was teased for the upcoming summer event. Currently, we do not yet know the theme for this year. Last year on the Japanese server, the game ran a summer camp-themed event. The year before that, in 2019, it was Las Vegas. Currently, in the global server, Fate/Grand Order is running said Las Vegas event.

Both Leonardo da Vinci and Achilles are wearing outfits that would not look out of place in a survival game. Leonardo da Vinci will be the free Servant, which you can keep permanently after progressing through story quests, whereas Achilles’s swimsuit is an outfit you can unlock. Delightworks will reveal other Servants that will appear in swimsuits closer to the event’s September release date. 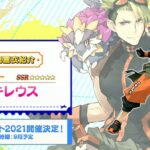