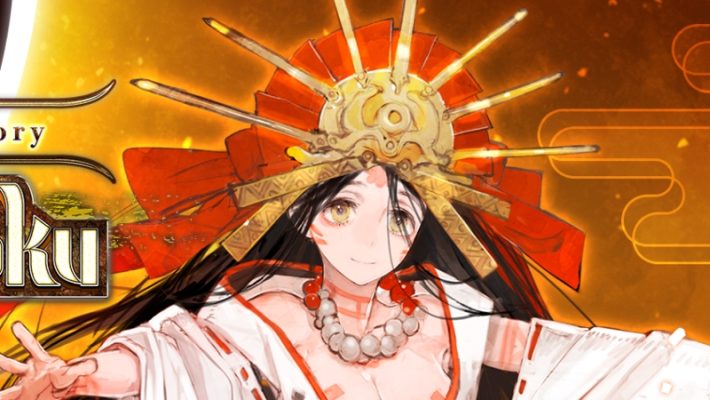 It turns out that the “final” Guda Guda event wasn’t so final after all. Lasengle is going back to the well of Guda Guda with a new limited-time event plumbing more of Japanese history. The Fate/Grand Order Yamataikoku event brings players back to the very first, almost mythic origins of Japan itself.

Yamataikoku is the name given by Sino-Japanese historians for an ancient nation located in Wa (the Chinese name for ancient Japan), long before Japan was unified as a single country. Most historians place its existence at sometime during the late Yayoi period of Japanese history, around the 1st  to 3rd century CE. Records of the country report that it was the domain of a ruling priestess named Himiko. The historical identity of Himiko and Yamataikoku is still the subject of debate among scholars today.

What’s not under debate is that Himiko and Yamataikoku exist in Fate/Grand Order. And now the Masters of Chaldea will need to help Himiko restore one of Japan’s most ancient kingdoms, and defend it, for some reason, against none other than the Shinsengumi, the shogun’s 19th-century special police.

Check out a teaser trailer for the Fate/Grand Order Yamataikoku event below.

Of course, with a new event comes new playable Servants. Himiko herself joins the roster as a 5-Star Ruler-class Servant. As a Ruler, she takes only half-damage against most of the other classes, and is tuned as a powerful support character for Buster-element Servants.

Check out her Noble Phantasm, “Eternal Mirrors Epitomizing the Stars”.

The second playable Servant of the event is the 4-Star Saber-class Saito Hajime. Captain of the Shinsengumi 3rd Unit, he was one of the most famous members of the Shinsengumi, and immortalized in pop culture depictions over time.

The Fate/Grand Order Yamataikoku event kicks off on September 14, 2022, and ends on September 27, 2022. The game is available on Android and iOS devices.