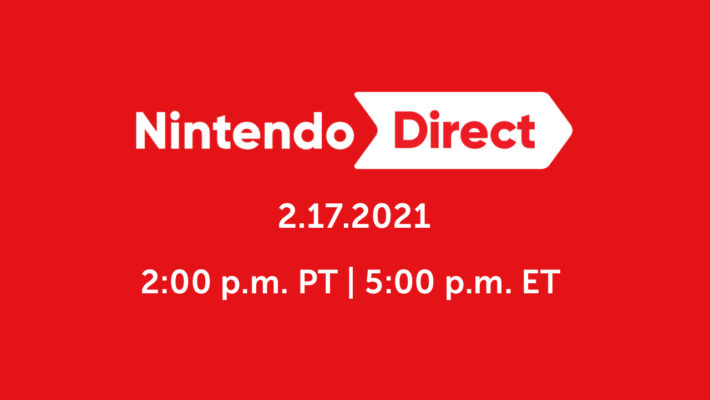 We finally have a new Nintendo Direct on the way, and it’ll appear on February 17, 2021. People will be able to catch it at 2pm PT/5pm ET/11pm CET. It will also be an especially long one, as Nintendo confirmed it will be 50 minutes long.

This will be the first Nintendo Direct of 2021. In addition, it will also be the first “true” presentation in over a year. While we did see similar videos and streams with the branding in 2020, many were billed as Partner Showcases or focused on a specific game or series, like Monster Hunter.

As for the Super Smash Bros. Ultimate side of things, this could be a chance to find out who the fourth character in the Fighters Pass 2 will be. The most recent one revealed was Sephiroth. The Final Fantasy VII Remake villain appeared in December 2020. There are three more characters on the way in this pass.