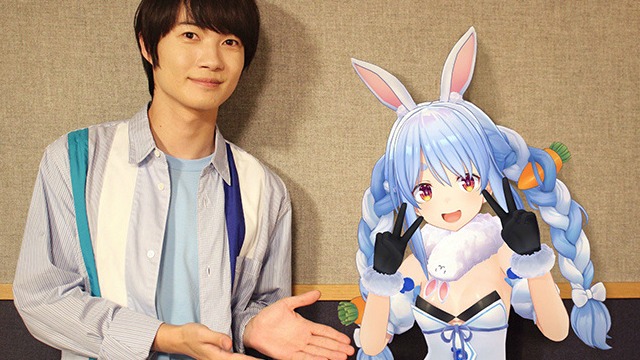 Square Enix announced that Hololive VTuber Usada Pekora is one of several special guests that will appear on FFXIV Radio Mog Station. This broadcast largely focuses on information regarding Final Fantasy XIV. However, it rarely ever reveals new information. Instead, they provide a look into how each guest feels about their experience in the game. Usada Pekora will appear on the November 11, 2021 broadcast. These programs are exclusively in Japanese and will not have any official English dubbing. [Thanks, Gamer!]

Outside of Hololive’s Usada Pekora, several other guests will appear during the upcoming FFXIV Radio broadcasts. Producer Naoki Yoshida, or Yoshi-P, will guest on the October 14, 2021 broadcast. During that broadcast, Japanese model Soe Yoshii will be the special guest. Yoshi-P has appeared on several past broadcasts.

During the broadcast with Usada Pekora, she’ll talk about her experience with the MMO and answer one of the most burning questions. And on November 18, 2021 Yuma Uchida, the Japanese voice actor for G’raha Tia, will perform some of his favorite lines live. Questions for guests can be submitted through the official website.