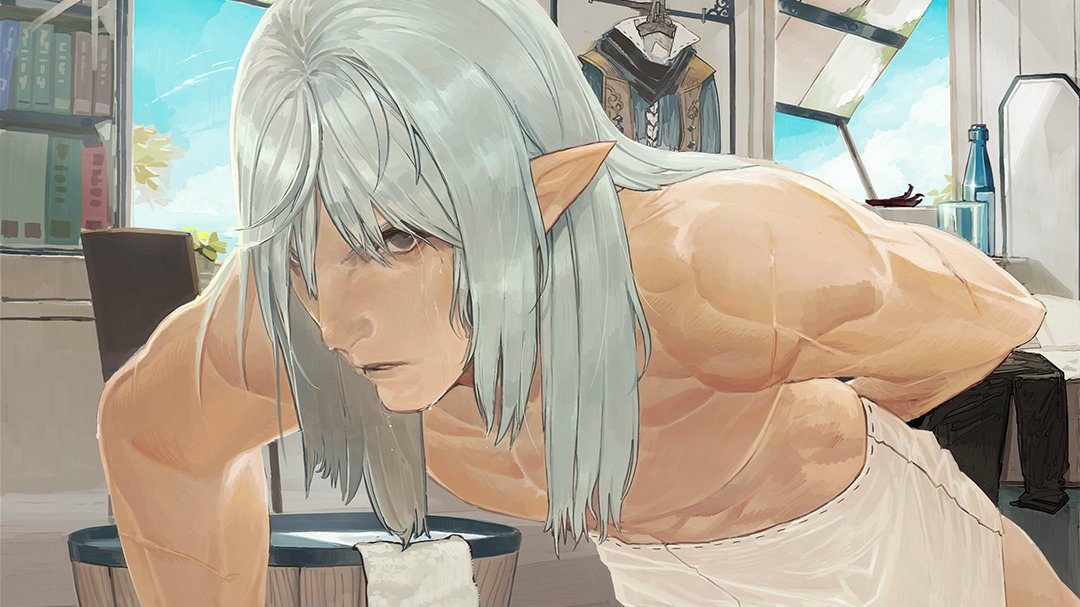 Many companies have been offering up various means of encouragement to get people to stay at home and not leave the house. Square Enix has a whole Stay Home and Play initiative, and now part of the company’s efforts includes new Final Fantasy XIV art from artists like K. Okamoto and Masayoshi Inoue. To be more specific, we get to see Final Fantasy XIV Estinien, Alisaie, Urianger, and Crystal Exarch images of them staying home too.

The first image to be released in the set is one of Final Fantasy XIV’s Urianger reading a book while enjoying some tea at home. He’s an Arcanist who begam a  Astrologian for Shadowbringers. (That’s the outfit he’s wearing here.)

The second image to show up on Twitter featured Final Fantasy XIV’s Alisaie. Like all of the images in the series, this is set during the Shadowbringers expansion and has her in her Red Mage attire. She’s just finished working out and is trying off and having something to drink after. This image was drawn by K. Okamoto, who has previously contributed countdown art for this expansion.

The Final Fantasy XIV Estinien art was the next piece of work to be shared by Square Enix on Twitter. Like Alisaie, he’s doing some training. However, the Dragoon is still in the middle of his workout in this official art from Masayoshi Inoue.

Finally, we have the Crystal Exarch G’raha Tia. In his image, which might include some spoilers for people who haven’t gone through Shadowbringers yet, he’s making a sandwich.

If you’re looking for some other Square Enix art to encourage you to stay home, there are a few projects people can enjoy. Some Dragon Quest coloring pages and activity sheets were shared. There’s also the Home de Chocobo musical project.

Final Fantasy XIV Shadowbringers is available for the PlayStation 4 and PC.