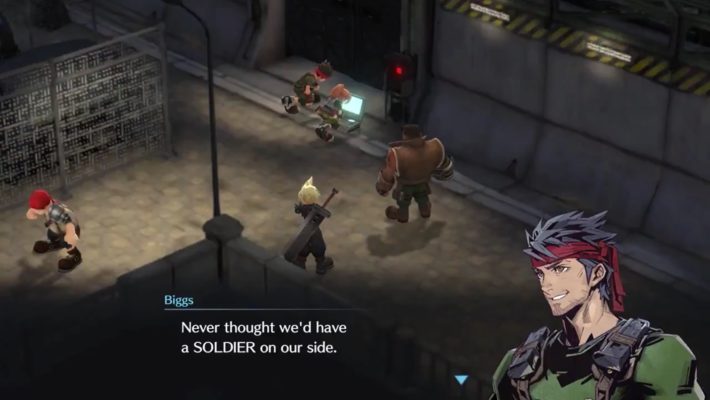 We finally know what Final Fantasy VII Ever Crisis is. Following the February 2021 State of Play that revealed Final Fantasy VII Remake Integrade, Square Enix announced the mobile game on Twitter. Android and Apple iOS device owners will be able to go through all of the original game storyline and compilation titles in this new adventure. It will launch in 2022.

Square Enix only offered an initial glimpse at Final Fantasy VII Ever Crisis. This will be a single-player, episodic game. It will cover the original game’s events and additional entries. The first trailer focuses on the beginning of the main game. We see Cloud go through the first Mako Reactor bombing with Barret and Avalanche, and hang out in Tifa’s bar.

It’s a chapter-structured single player game covering the whole of the FFVII timeline – including the events of the original game and the FFVII compilation titles. pic.twitter.com/jFJVslYks0

Since this specifically mentions the compilation, it means we could see new and old games. For example, spin-offs include Crisis Core: Final Fantasy VII, which followed Zack Fair, and Dirge of Cerberus, the Vincent Valentine game set after Sephiroth is defeated. It could also provide an opportunity for the first localization of the Japan-exclusive Before Crisis, an episodic prequel that followed Shinra’s Turks.

We had an idea “Ever Crisis” would be happening for a while. In January and February 2021, Square Enix trademarked the name in Japan, Canada, Europe, Australia, and the US.

Final Fantasy VII Ever Crisis will appear on Android and Apple iOS devices in 2022.