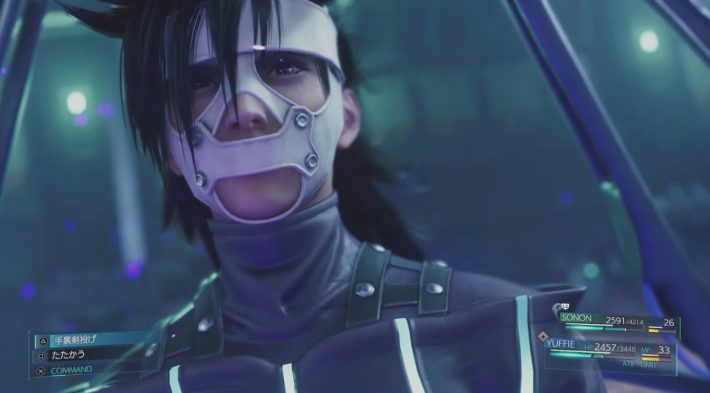 Square Enix has revealed a new trailer for Final Fantasy VII Remake Intergrade, with new glimpses at its additional content. The trailer was shown at the tail end of a livestream event promoting mobile battle royale spinoff Final Fantasy VII: The First Soldier.

Check out the trailer below via the archived stream. It kicks off late into the broadcast, at about an hour and 44 minutes in.

Note: The Final Fantasy VII Remake Intergrade trailer begins with scenes and footage from late into the main story. This could be spoilers for players who haven’t finished it. Those who only want to see more of the new content should start at 1 hour, 45 minutes, 15 seconds.

The trailer opens with a montage of scenes from the latter parts of Final Fantasy VII Remake. This includes fights against the Turks and various boss characters. This also marks an appearance from the previously-revealed katana-wielding Shinra Deepground member, Weiss. Footage from Remake Intergrade‘s new episode, officially titled “EPISODE INTERmission,” begins with Yuffie in her moogle hoodie distributing Wutai beans to Avalanche members. She’s invited to play a game of “Condor,” which transitions to footage of a Fort Condor strategy minigame.

Players control various combat units and rush them against each other in an attempt to beat the other side. It’s a toy-like recreation of the battle for Fort Condor, a location outside Midgar. Yuffie and Sonon’s interactions with Shinra executive Scarlet are also shown, including a battle against her in some new battle armor. Yuffie and Sonon then tangle with Nero, the brother of Weiss and an antagonist from PS2 release Dirge of Cerberus.