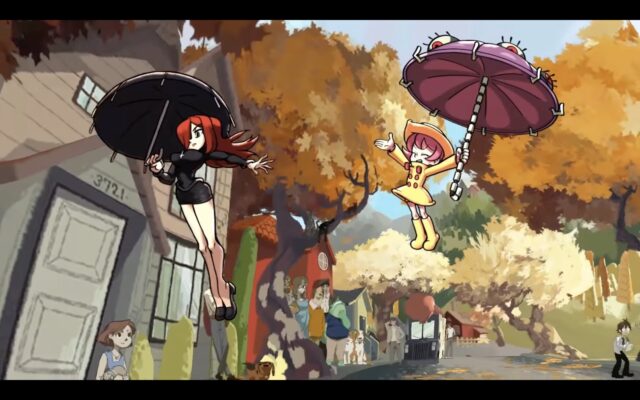 Autumn Games, Future Club, and Hidden Variable Games offered an even more extensive look at Umbrella gameplay in Skullgirls 2nd Encore. There’s a new trailer ahead of the August 2021 alpha for Season Pass 1 holders. It spends half a minute looking at Umbrella as she faces off against other cast members.

What’s interesting is the bit of elaboration and commentary on Twitter. As mentioned earlier and alongside the initial teaser, Umbrella isn’t done yet. She’s still being worked on. This means the Skullgirls 2nd Encore Umbrella gameplay isn’t done yet. The official Twitter also pointed out that her animations aren’t going to be completely finished in the alpha, meaning people will see those same clips when testing her out. But as the alpha goes on, she’ll become more fleshed out.

In case you're wondering why Umbrella turns blue and sketchy for some animations it's because she's not finished yet!

In the Alpha you can try her out before she's fully complete, but over time she'll be updated with more animations and moves until she's fully ready for release.

Skullgirls 2nd Encore is available on the Nintendo Switch, PlayStation 4, PlayStation Vita, Xbox One, and PC. Skullgirls Mobile is available on Android and Apple iOS devices. The Skullgirls 2nd Encore Umbrella alpha will be held in August 2021 for Steam Season Pass 1 owners, ahead of a Q4 2021 console and mobile release. The Season 1 Pass costs $34.99 and includes Annie of the Stars, Umbrella, two unannounced fighters.