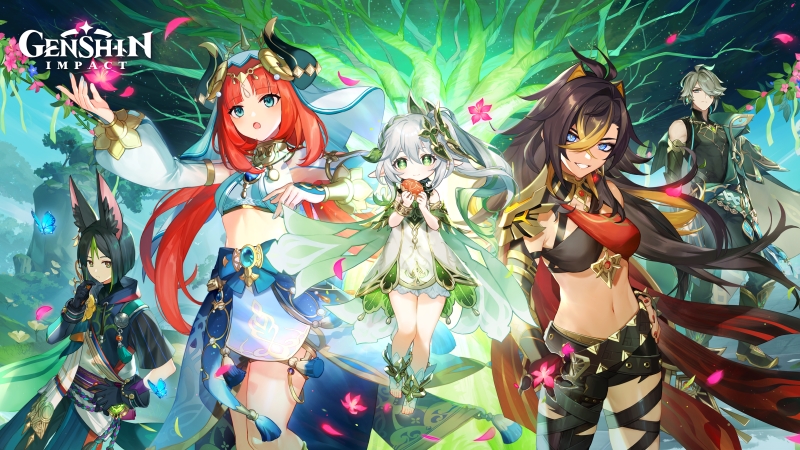 The Genshin Impact 3.0 update goes live soon. HoYoVerse uploaded a full trailer for the update, titled “The Morn a Thousand Roses Brings”. It’s full of new story details setting up the Traveler’s adventure in Sumeru. Teases for planned events, gear sets, weapons, and activities are also visible. On launch, players will get a chance to recruit Collei for free.

Check it out in English below. Some details from the trailer and HoYoVerse’s briefing on the update follows.

According to the trailer and accompanying data from HoYoVerse, Genshin Impact 3.0 will introduce Sumeru as a region west of Liyue. Hints in the direction of the game’s map expansion suggest that it lies beyond the Chasm in southwest Liyue. It’ll unlock gradually at first. When it launches, Travelers will be able to access the rainforest areas of Sumeru, including Sumeru City proper and Port Ormos. These areas are ruled by the Akademiya, founded by those loyal to the previous Dendro Archon, Rukkhadevata. The Lesser Lord Kusanali succeeded Rukkhadevata 500 years before the start of the game, making her the youngest of the Seven. The Akademiya manages knowledge like a resource to be allocated.

The Sabzerus Festival is a key event in the Genshin Impact 3.0 story. The character Nilou, who devotes herself to art and dance to the consternation of the Akademiya, will perform a dance in it as a major attraction.

Dendro is a new elemental type, which can trigger different reactions with the Pyro, Hydro, and Electro elements. Dendro and Hydro trigger Bloom reactions, spawning Dendro cores that can explode. If the cores touch Pyro or Electro energy before exploding, they can Burgeon, which increases their explosion damage, or Hyperbloom, which turns them into homing projectiles that hit enemies. Dendro and Electro together trigger Catalyze, which applies the Quicken effect to targets. This effect increases their damage taken. The enemies present in Sumeru’s rainforest are also adapted to the Dendro-heavy environment, and can transform based on their contact with various elements. Some can even drop different items depending on how they’re fought.

Check out some screenshots of Sumeru and beyond in the gallery. 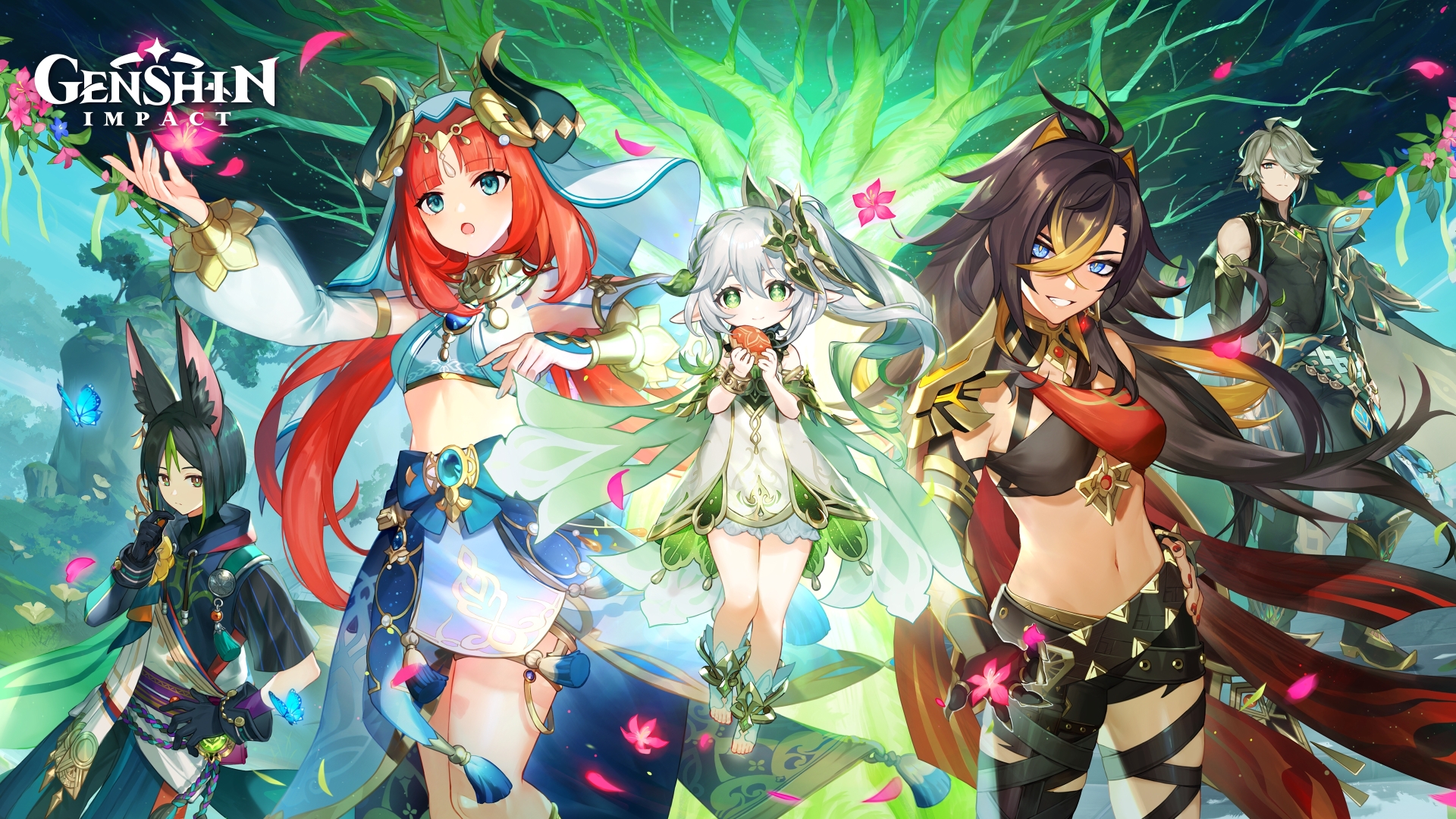 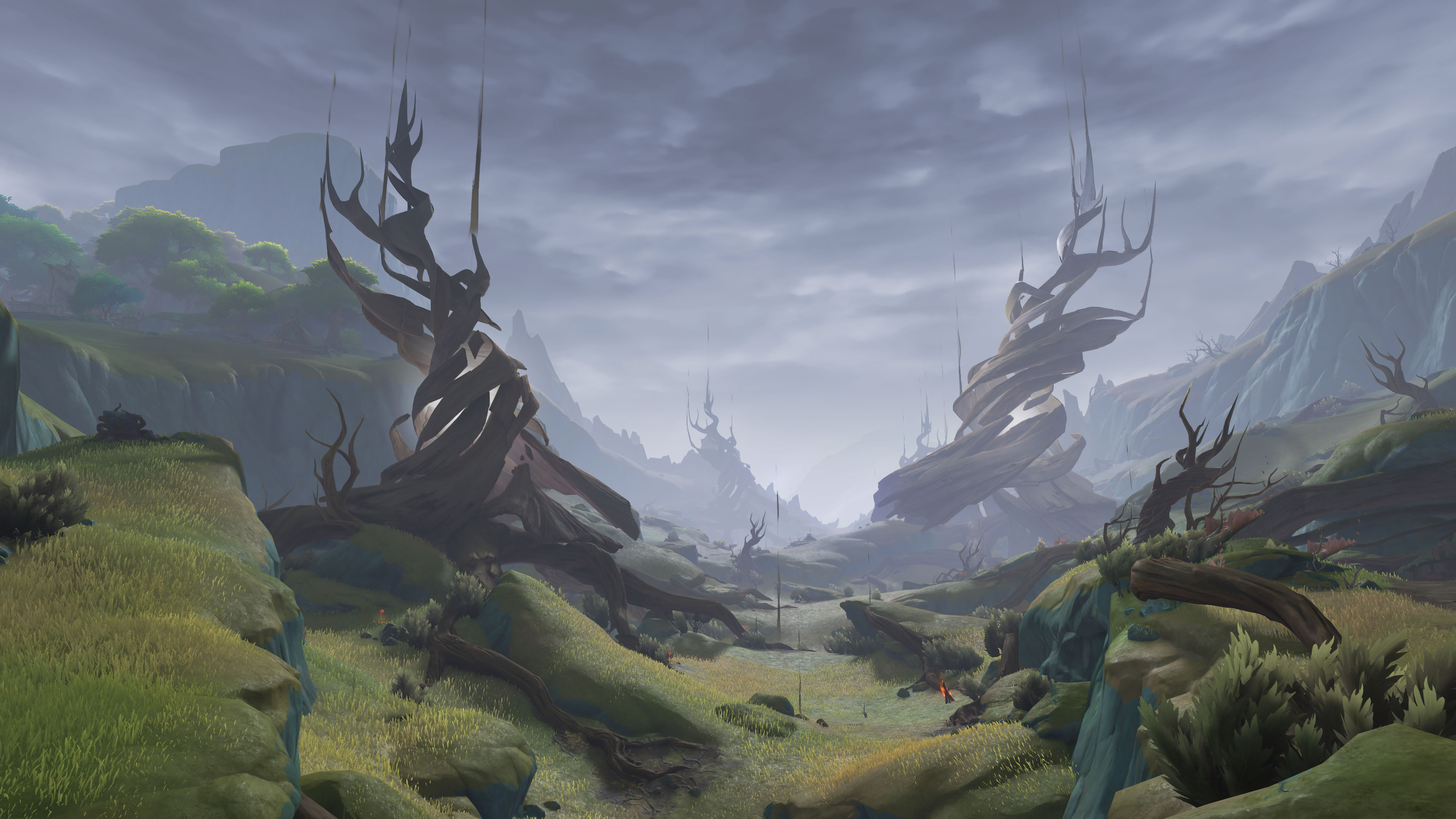 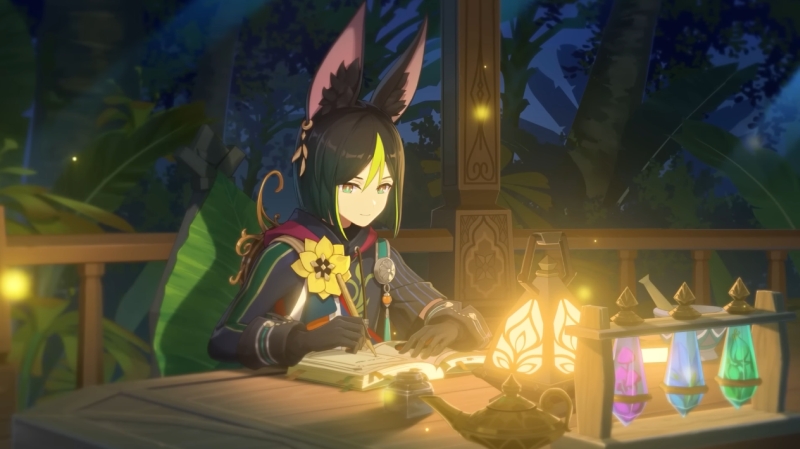 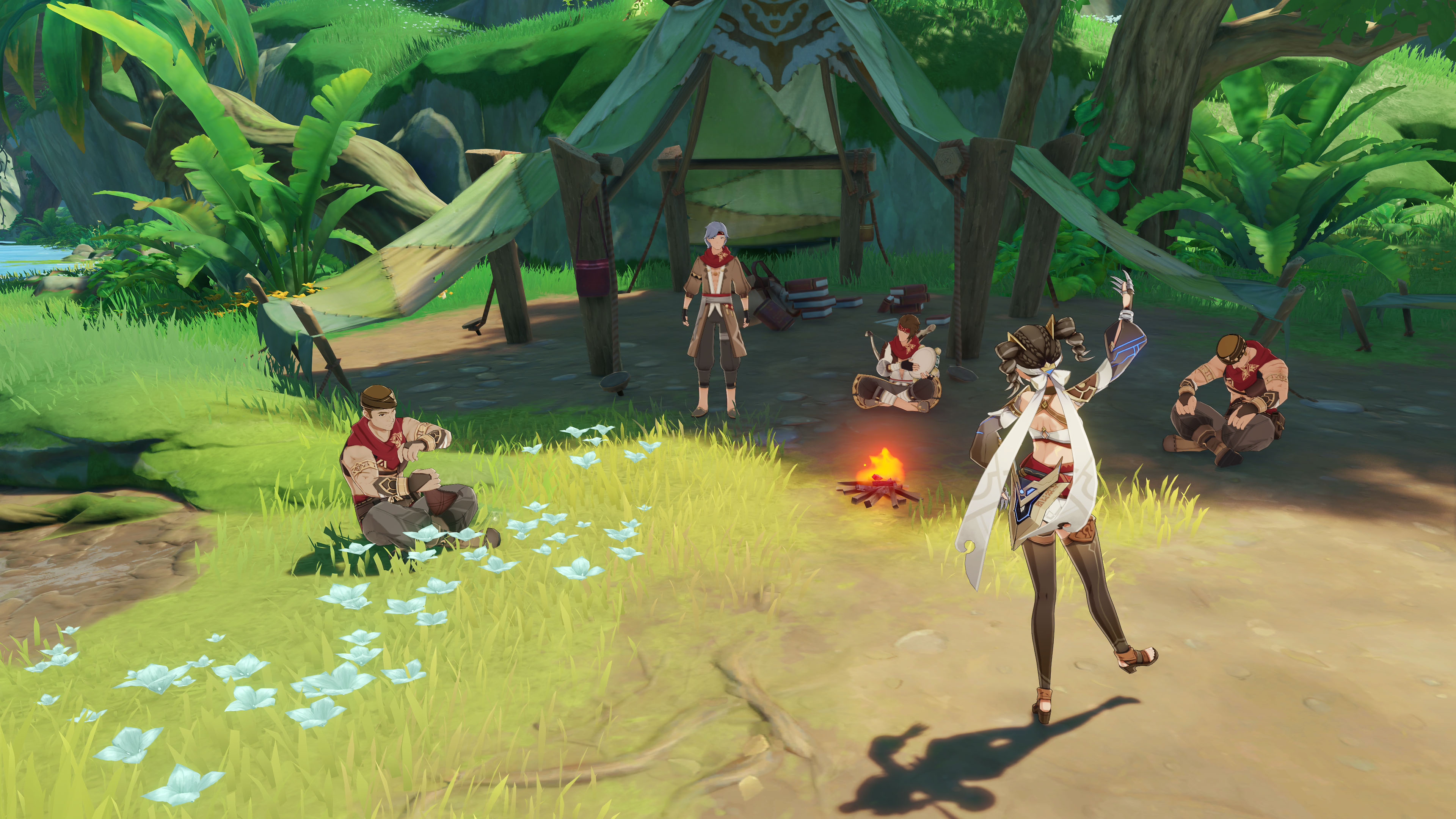 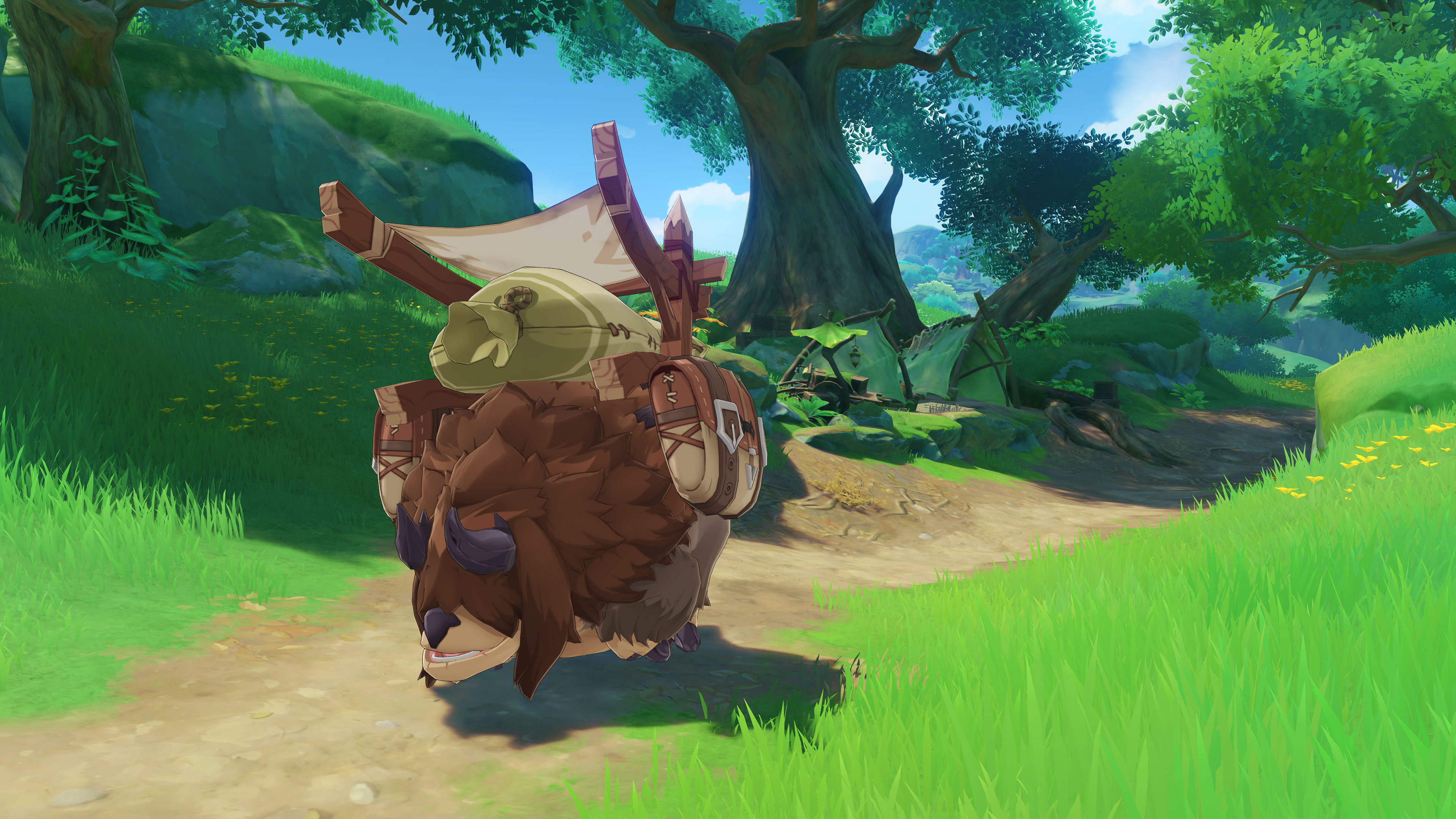 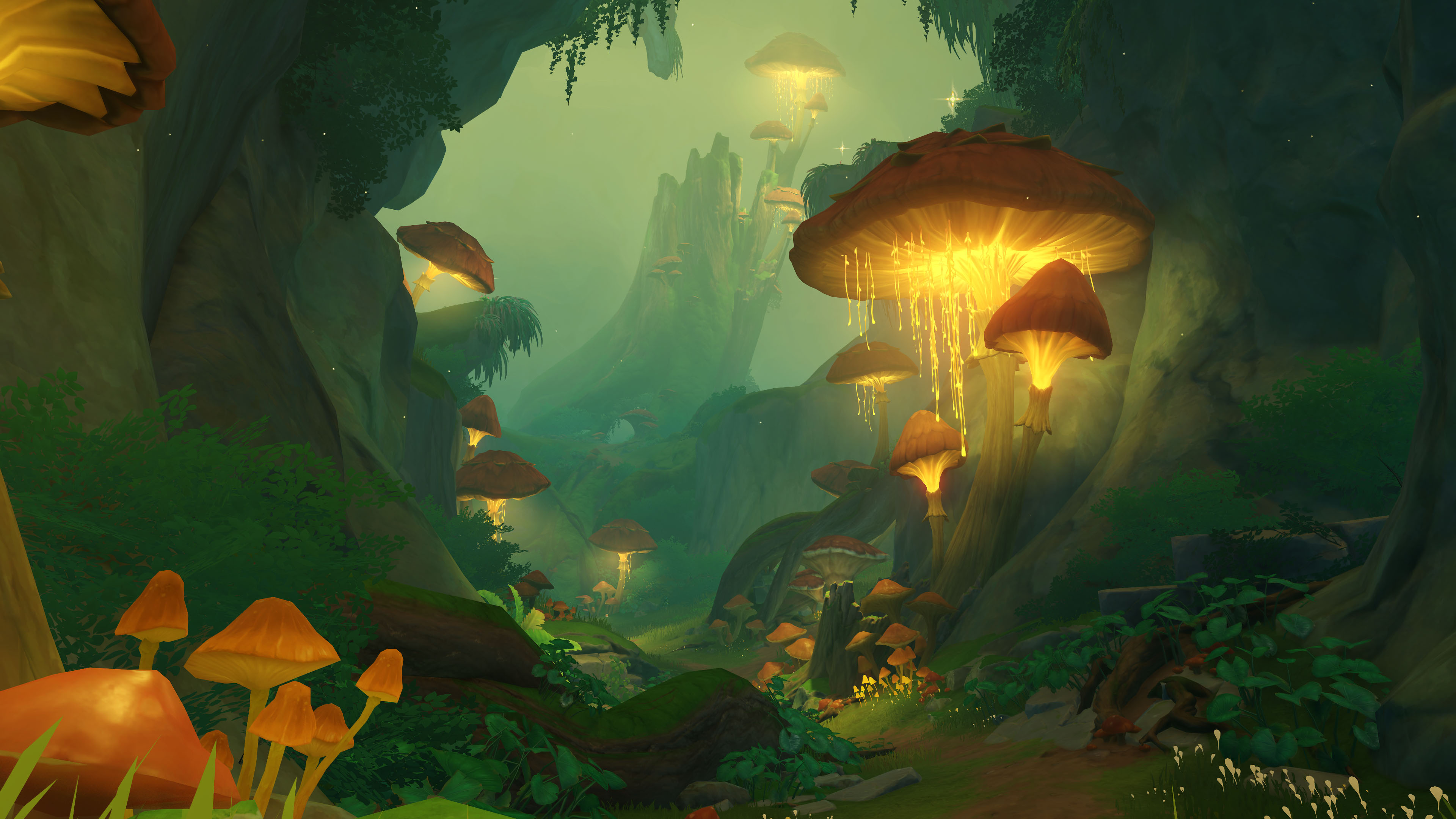 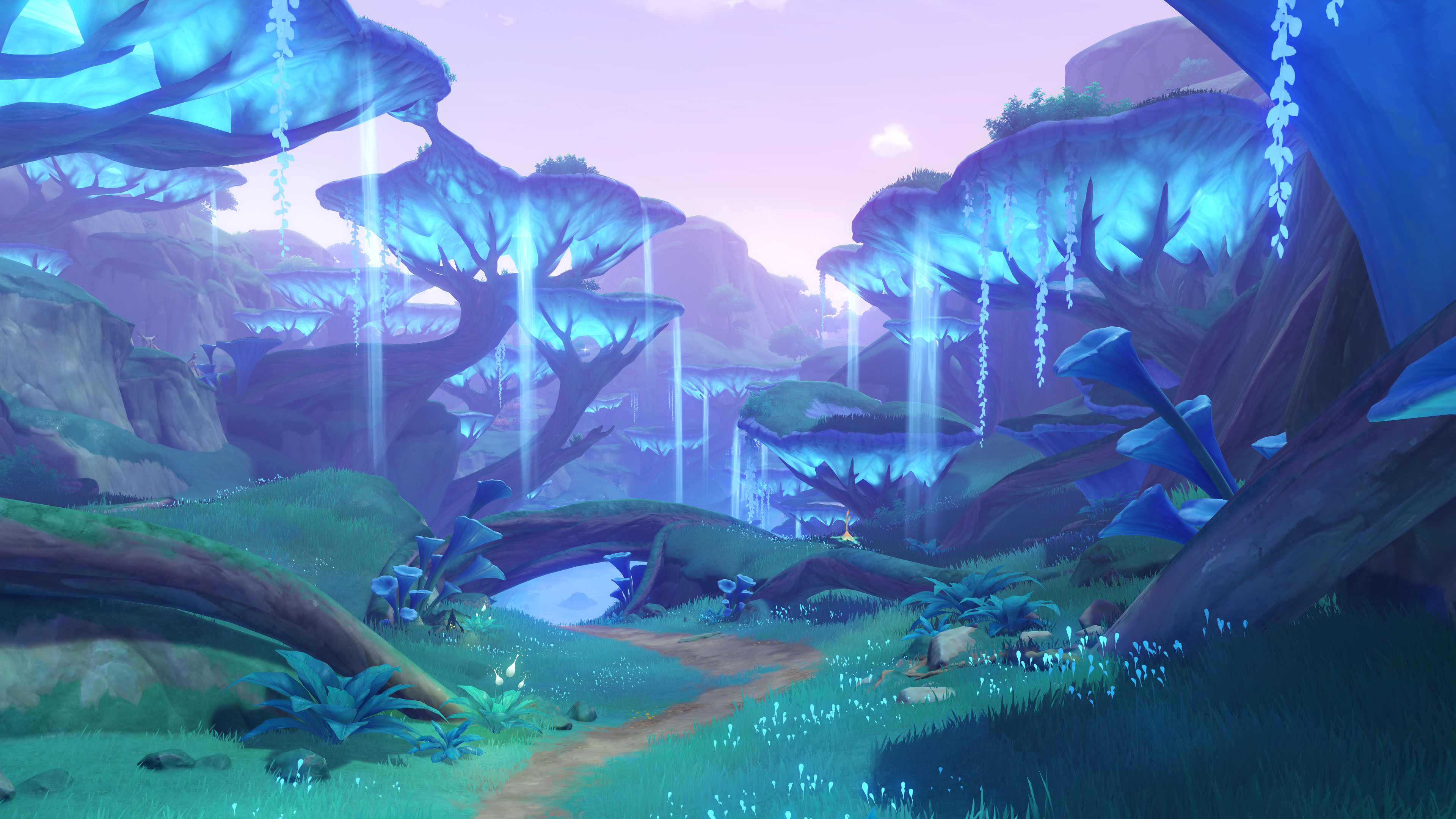 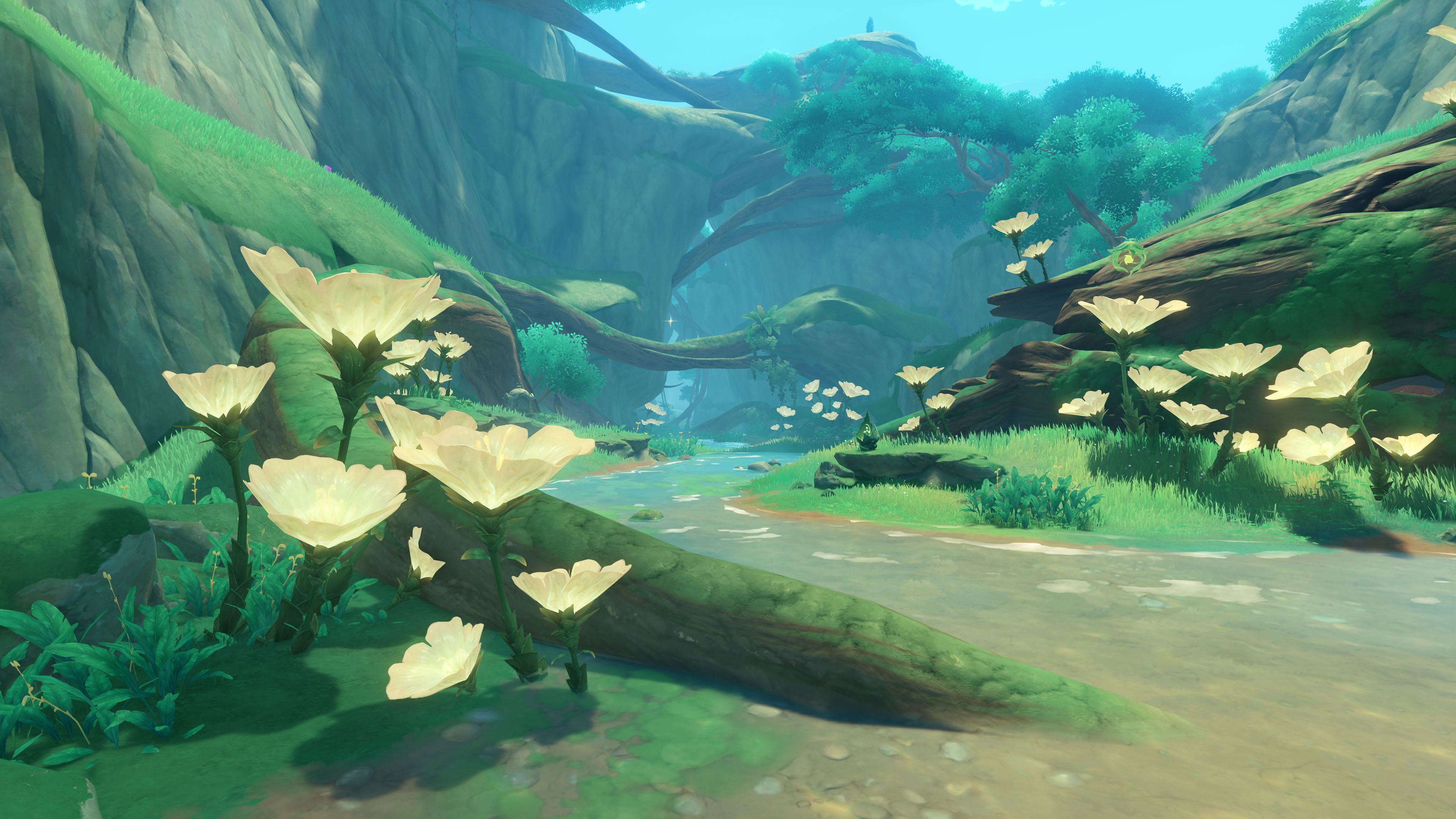 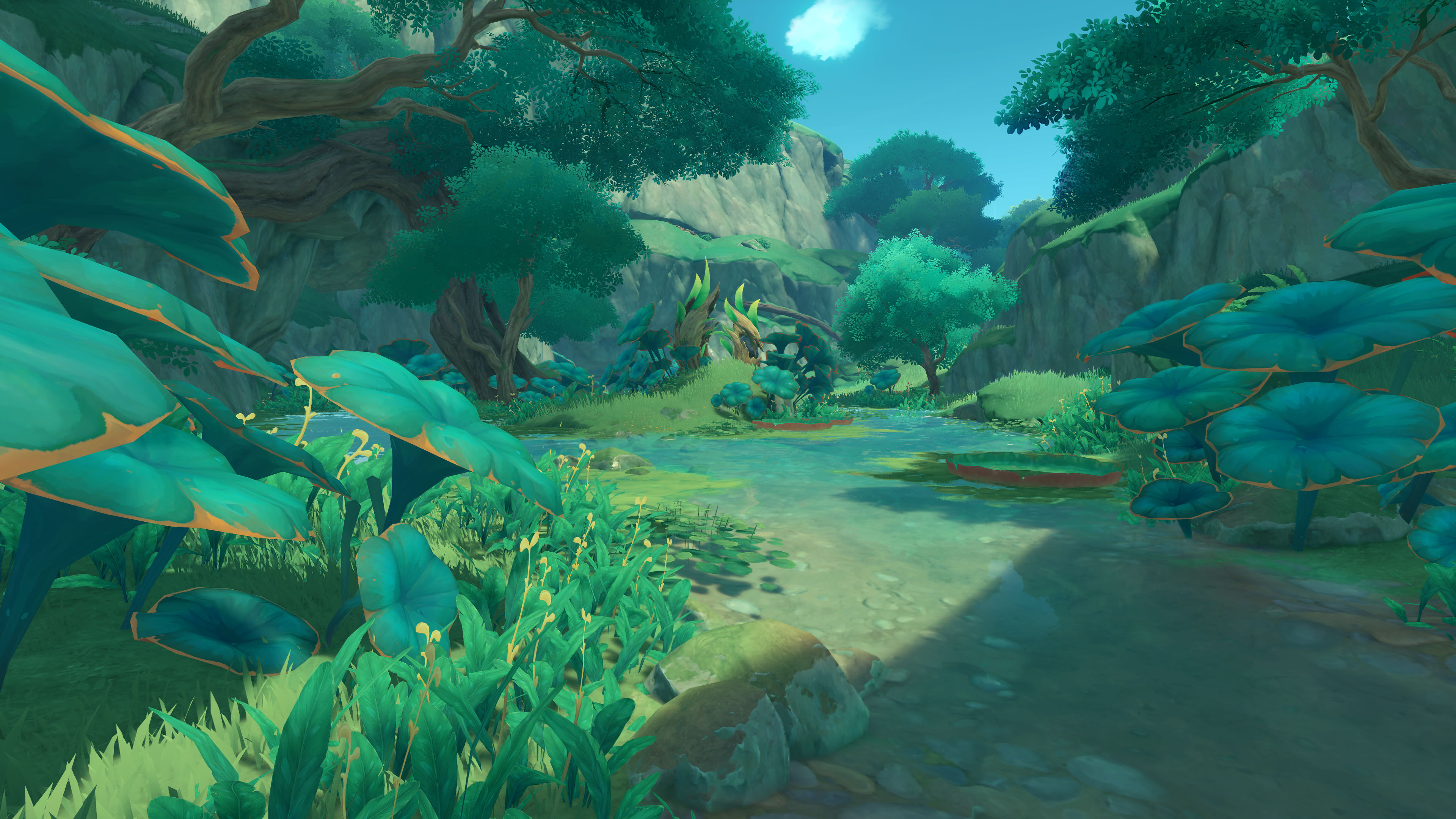 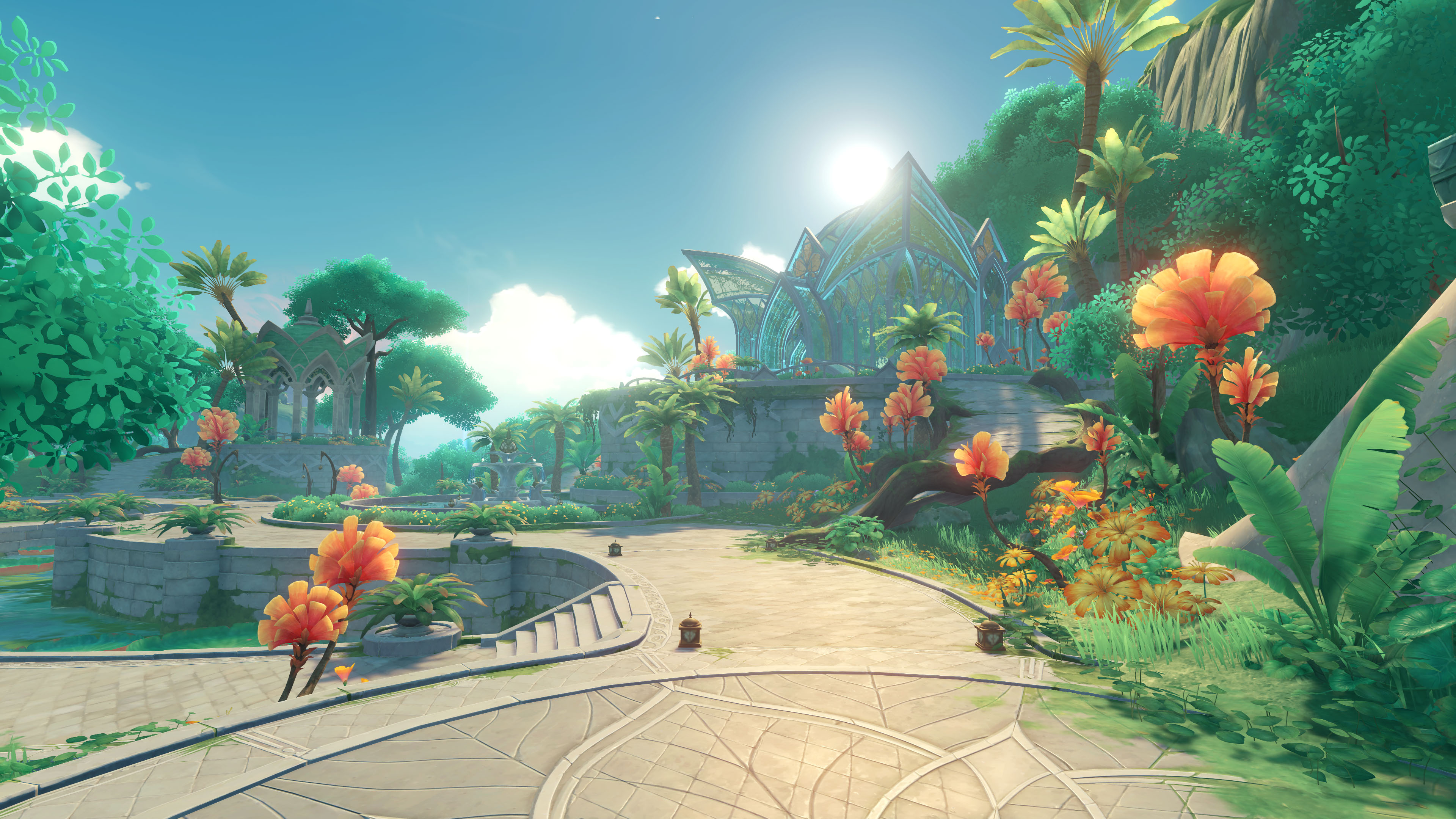 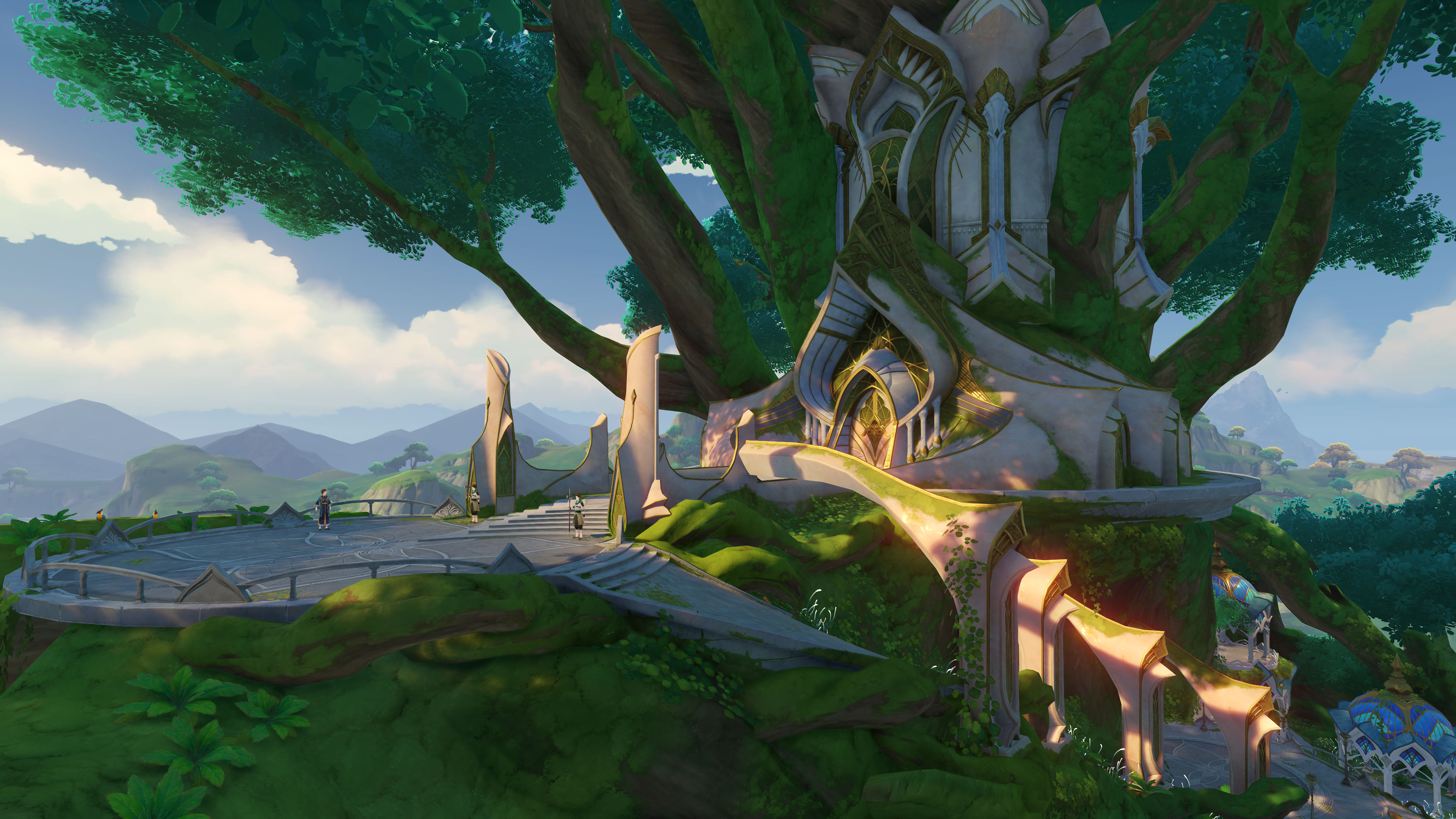 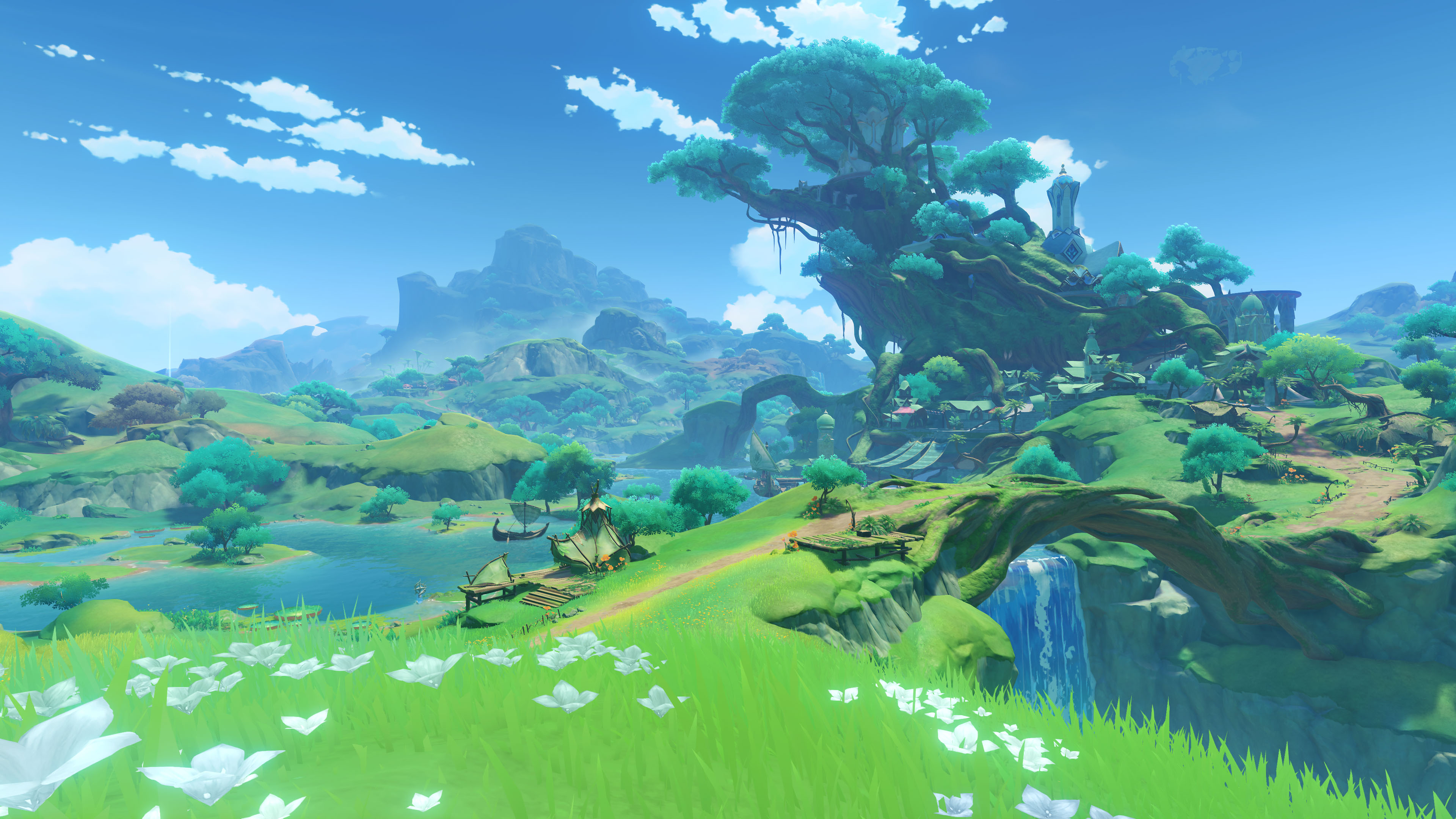 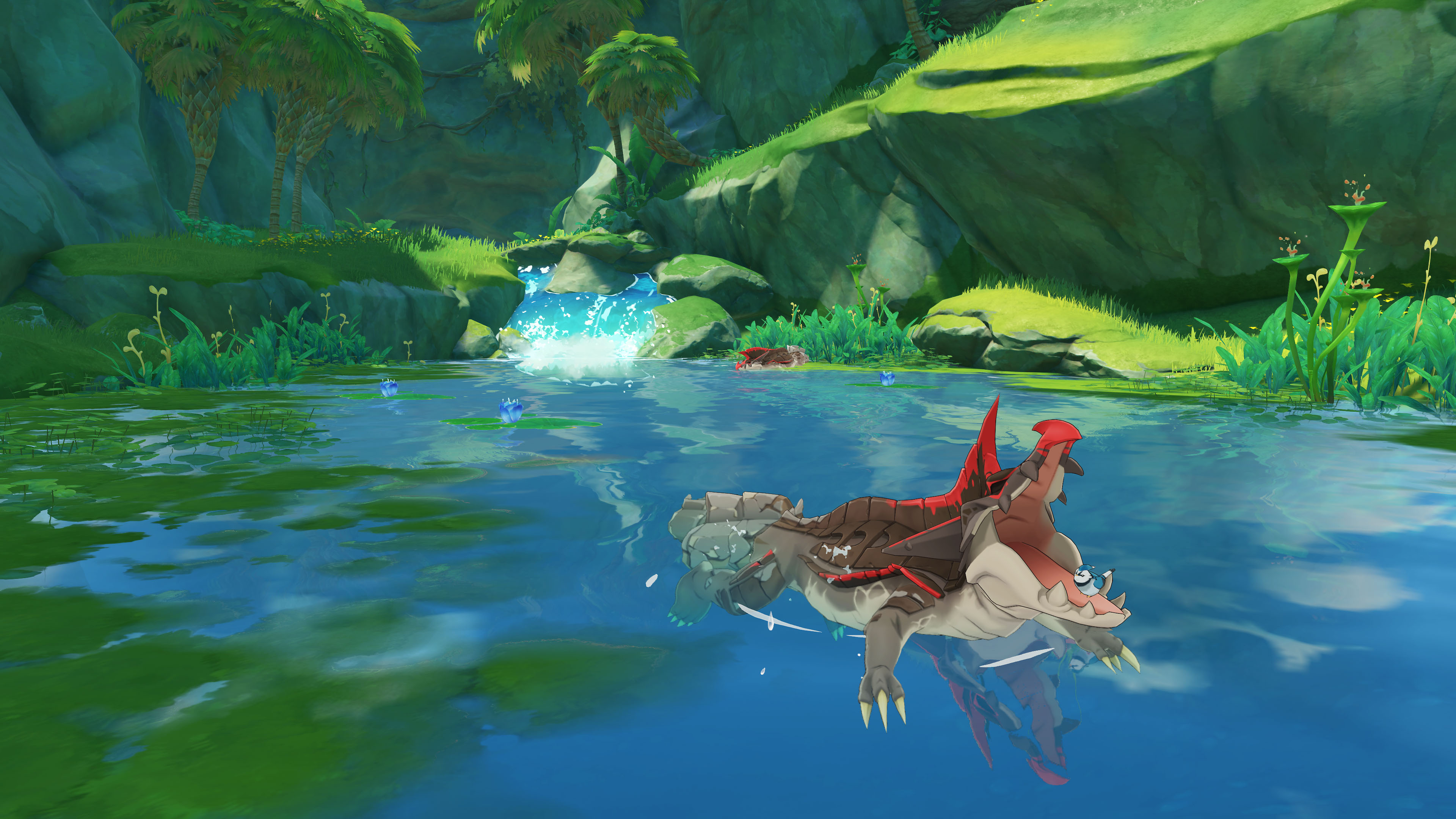 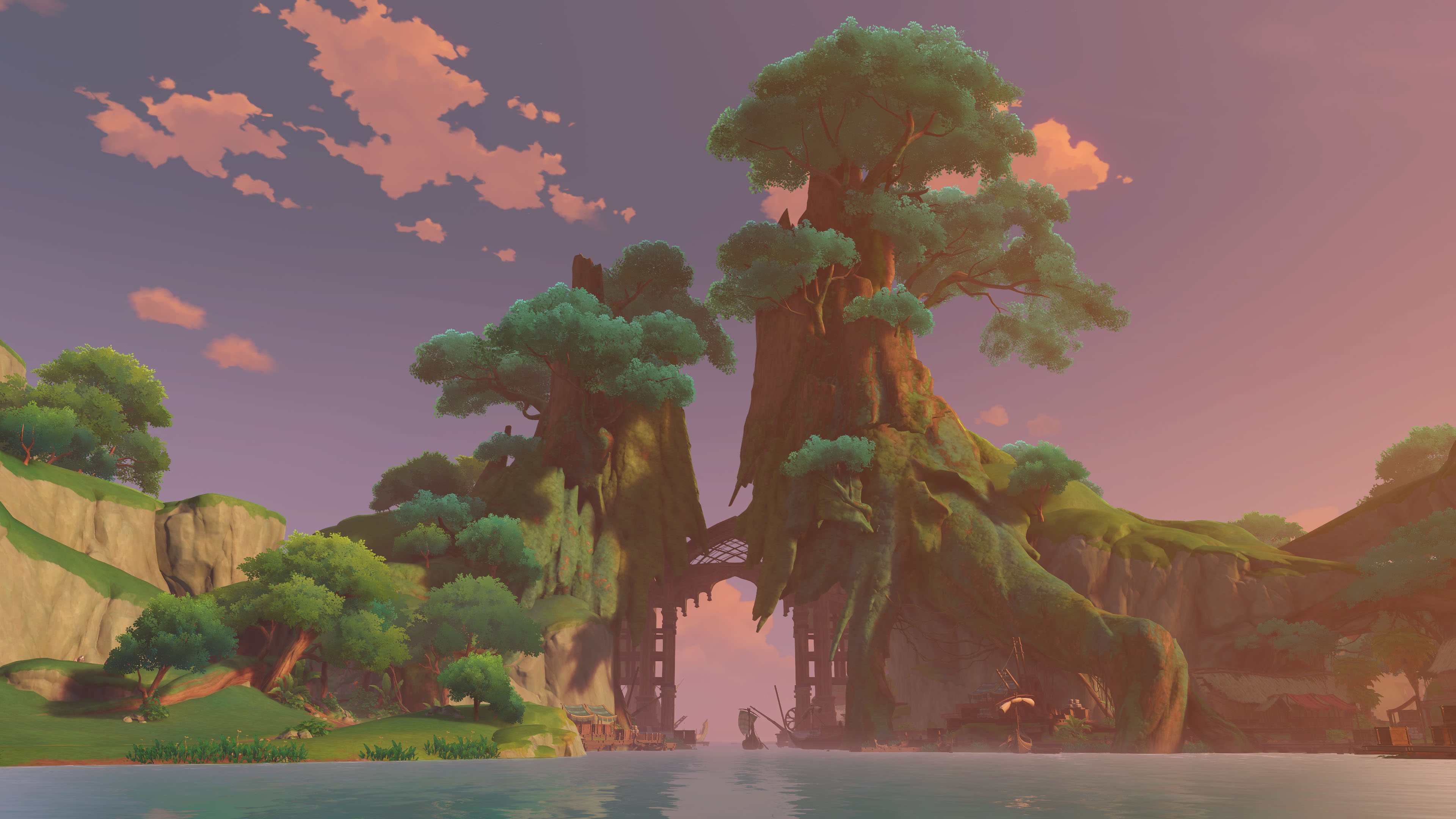 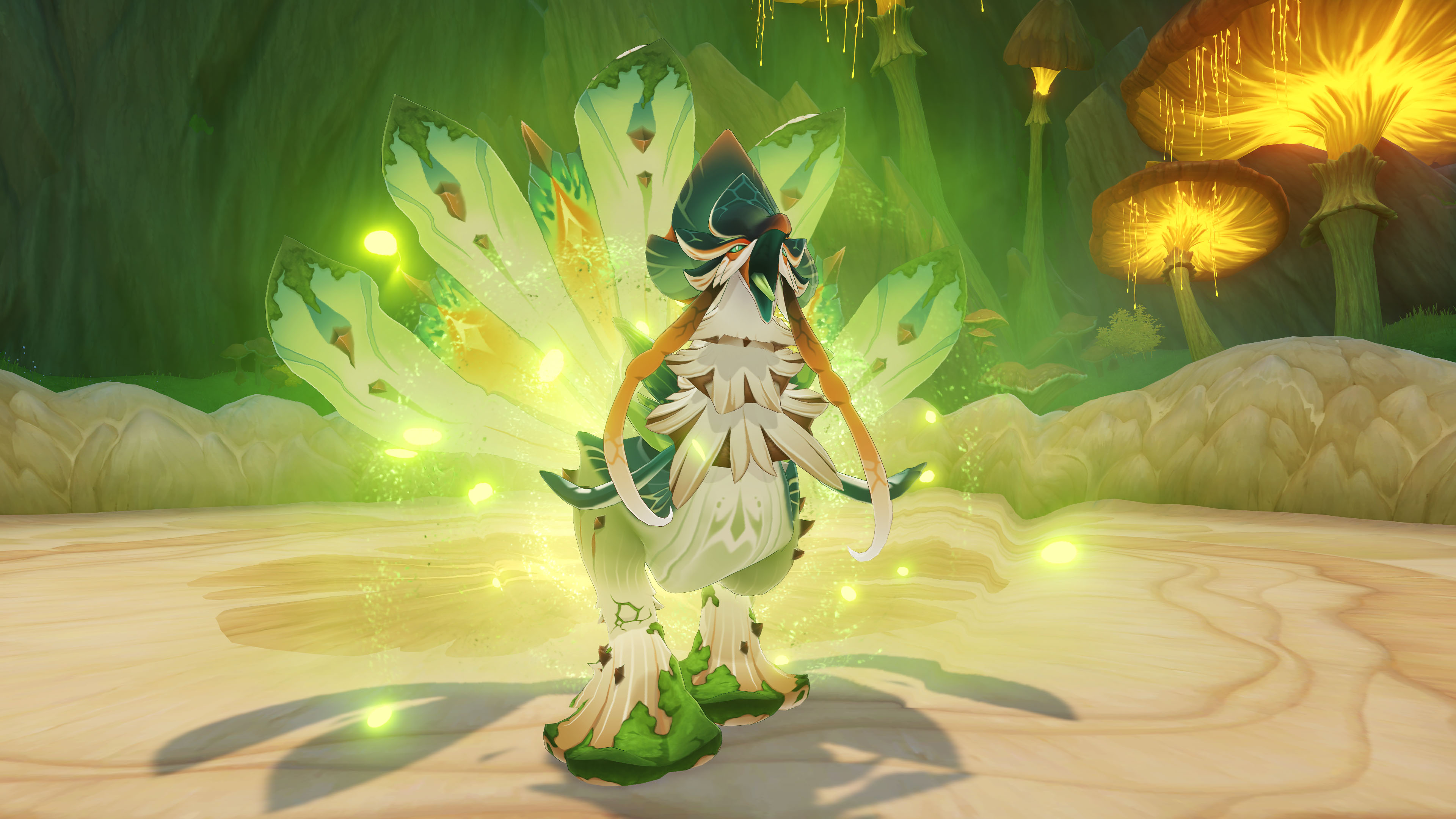 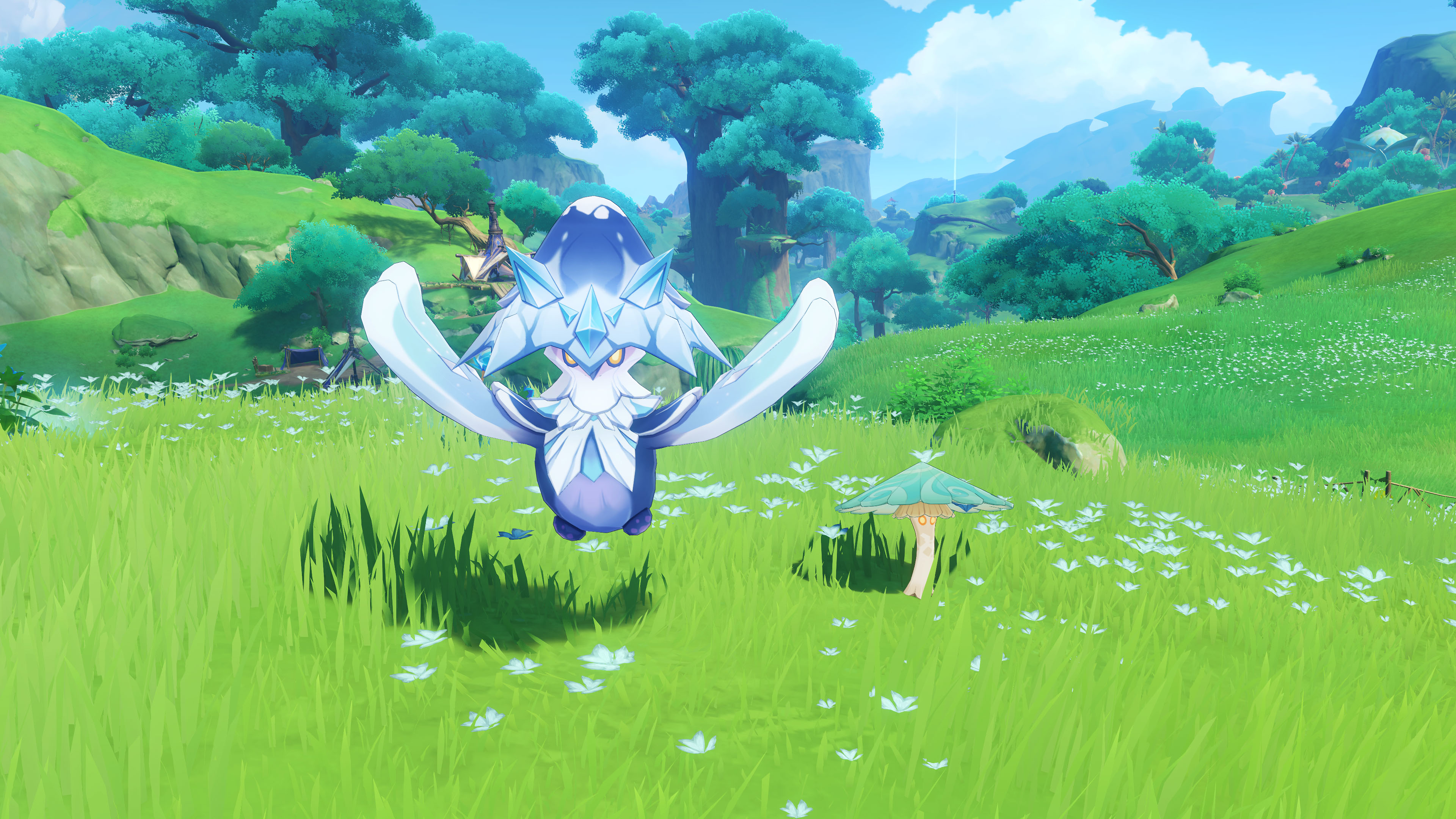 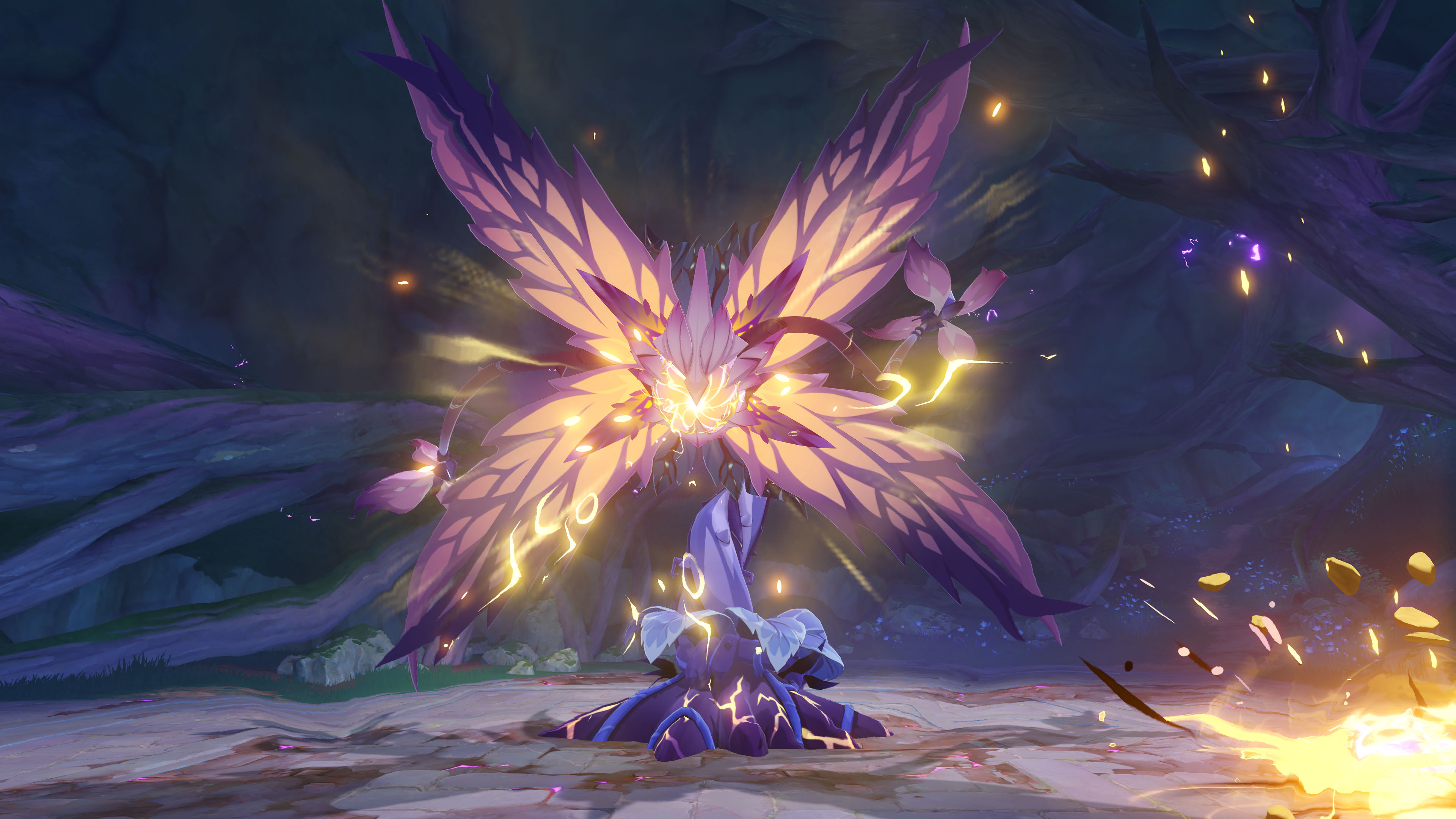 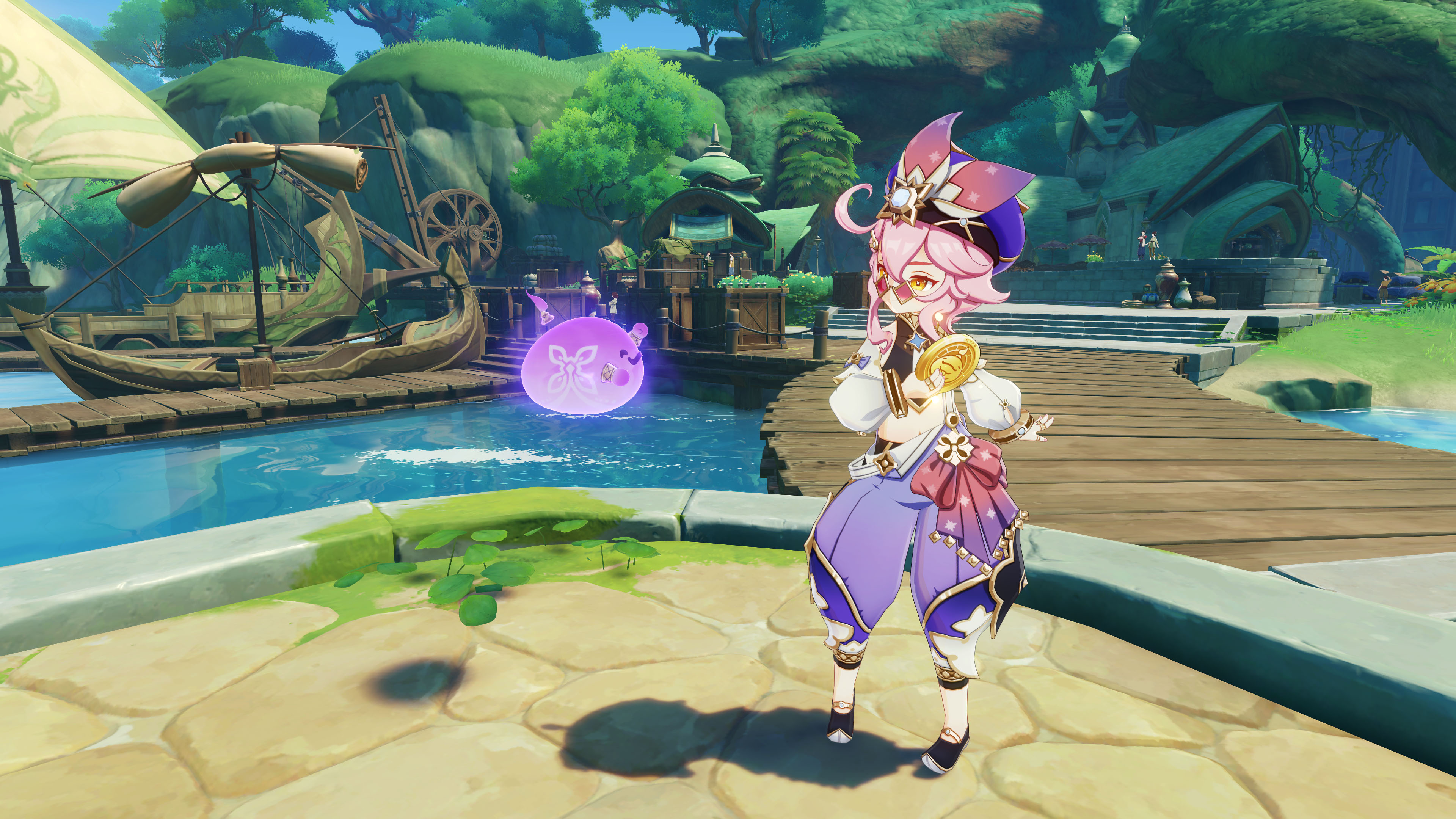 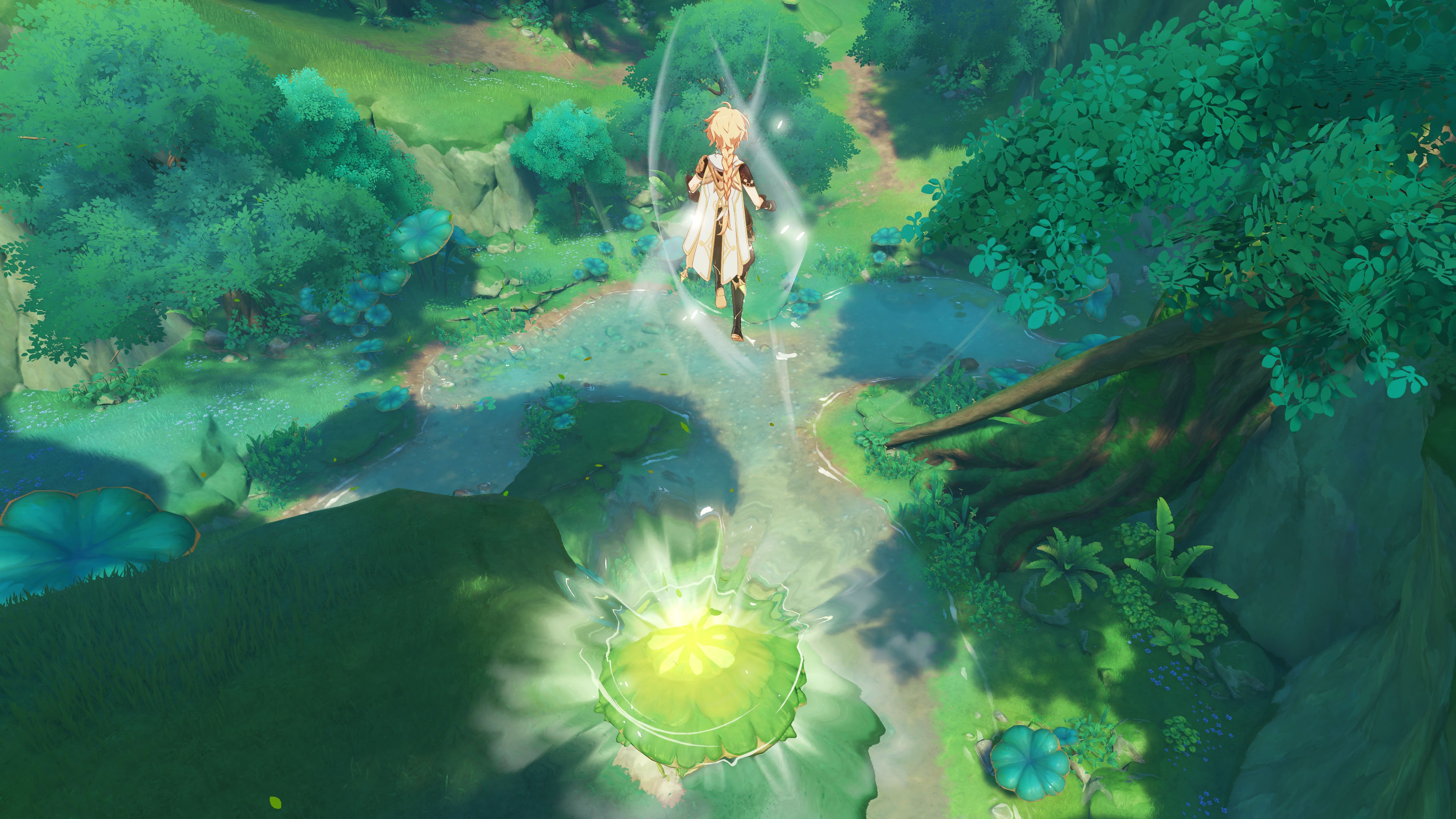 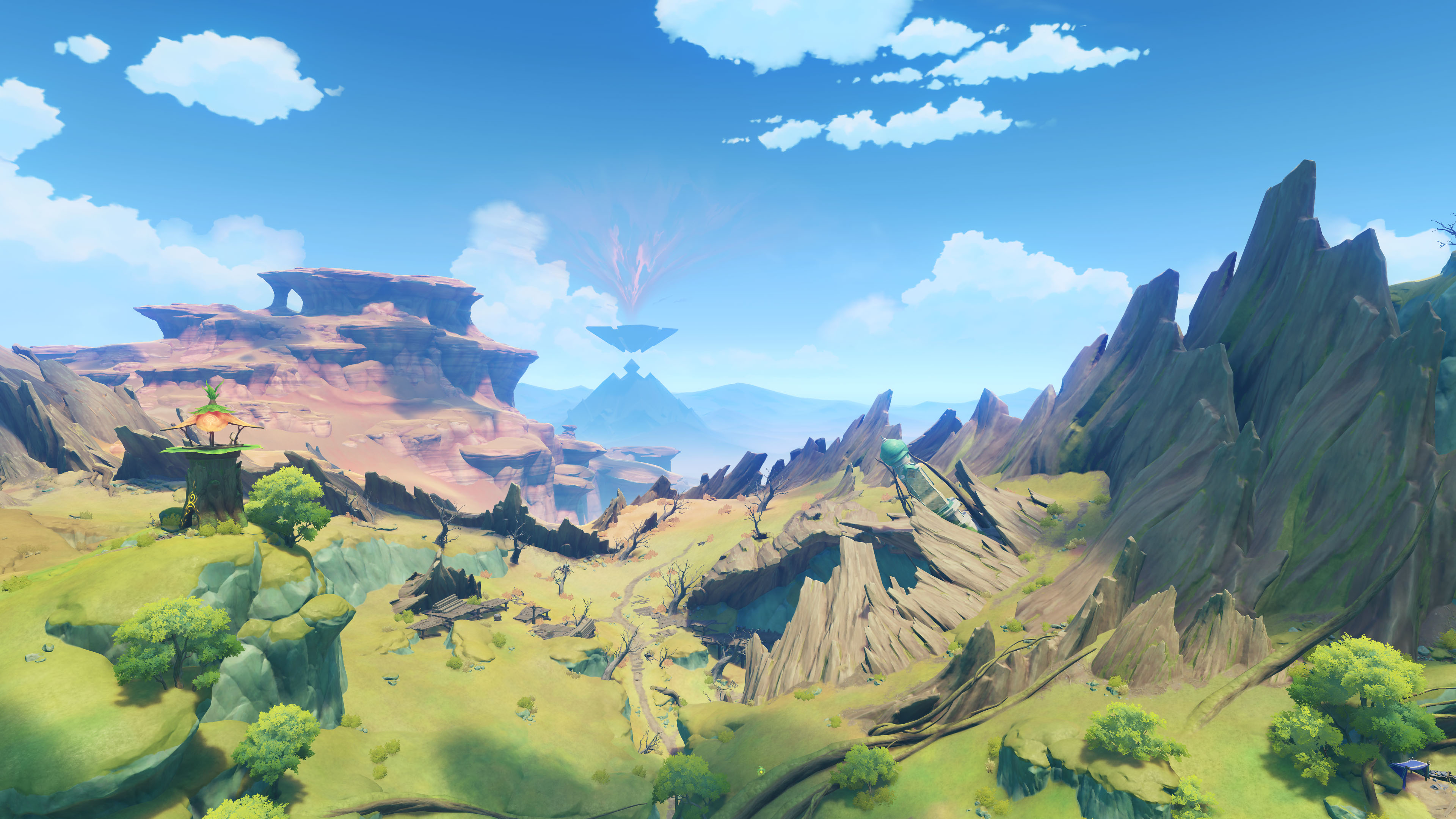 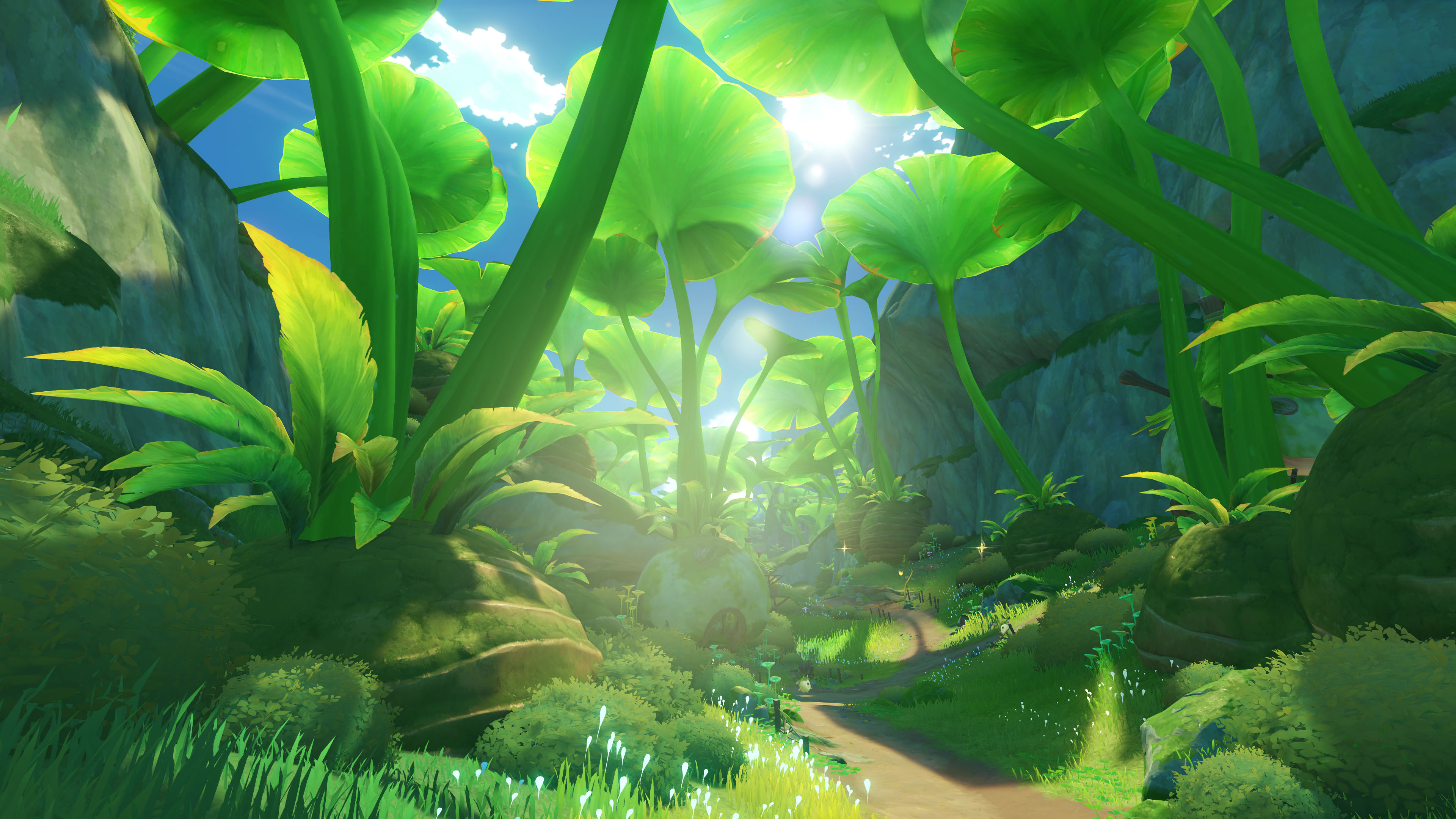 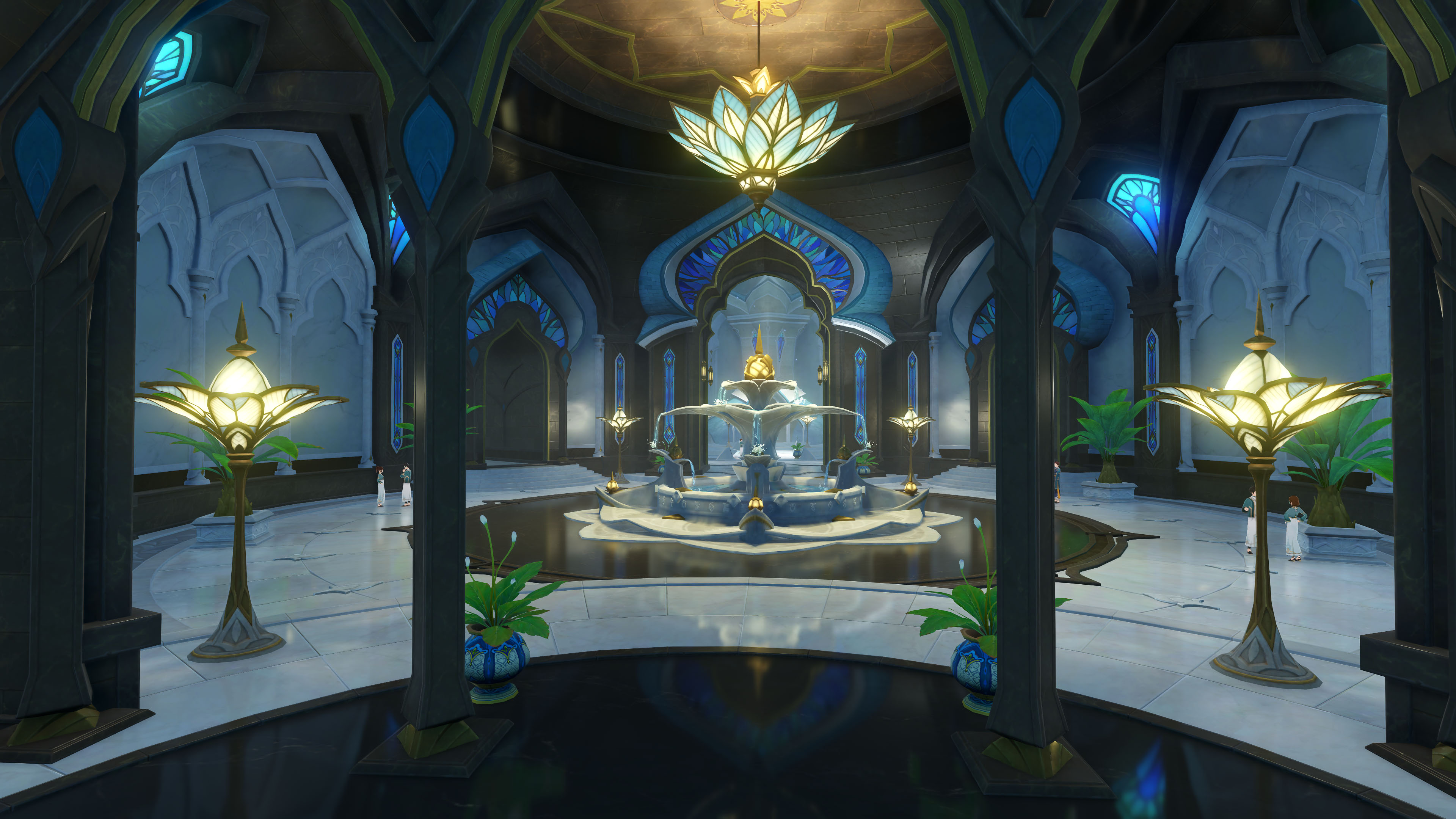 The first half of the Genshin Impact 3.0 update features Wish banners with Tighnari, Collei, and Zhongli. Dori will arrive on a banner that features reruns for Kokomi and Ganyu in the latter part of the update. Players will be able to recruit Collei for free by completing the 3.0 Seasonal event, Graven Innocence.

New Artifact sets include the Deepwood Memories set and Gilded Dreams set. Deepwood Memories boosts Dendro damage and reduces enemy Dendro resistance when hitting them with elemental skills or bursts. Gilded Dreams boosts Elemental Mastery and buff characters that trigger elemental reactions. New 4-Star Dendro-themed weapons in each class will become available, as will new named weapons, like the 5-Star bow Hunter’s Path and the fish-themed 4-Star bow End of the Line. Other gadgets are planned to improve the experience of farming wood, cooking, and fishing easier.

As for events, “Graven Innocence” is the main seasonal event of the update, and can reward a free copy of Collei on completion. “Tablet Analytics” is a combat challenge that uses unique elemental buff effects from “Remelting Tablet” nutritional supplements. “Lost Riches” brings back the treasure-seeking Seelie. Fayz Trials appears to be based on capturing images of enemy groups while time is stopped. Other minor events like Leyline Overflow will also make a return.