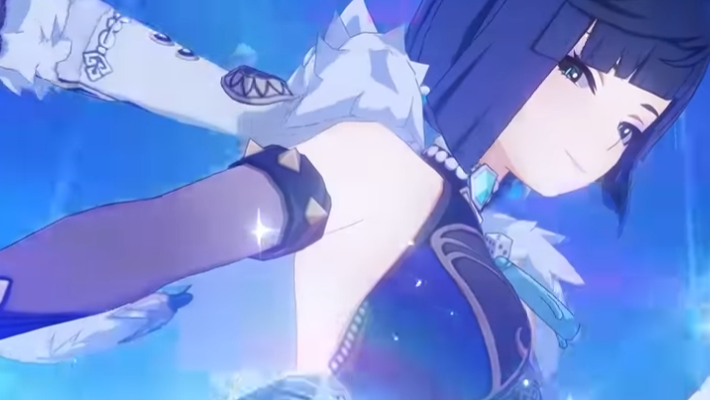 With the arrival of Genshin Impact Version 2.7, players now have the opportunity to obtain Yelan. She is an entirely new character that has appeared through the update. And to coincide with her arrival, HoYoverse (also known as miHoYo) has shared a Collected Miscellany video breaking down her skills. This includes information as to how players will potentially want to build this character. As it dives into details concerning how her damage will be distributed through her attacks.

Yelan is a Hydro Bow user. Her standard attack can be charged, which will allow for players to aim more precisely and will deal more damage. Additionally, a fully charged attack will deal Hydro damage on impact. Players can utilize the Breakdown effect, which can decrease the charging time of her charged attack. If players allow this to charge, it will empower her strike with a Breakthrough Barb. This will deal AoE Hydro damage that scales based on Yelan’s max HP.

You can watch the Genshin Impact Collected Miscellany Yelan video below.

Her Elemental Skill is capable of dealing damage to enemies, but will also allow players to traverse the map at increased speeds. Lingering Lifeline will allow Yelan to move between enemies undetected, tethering them together to deal damage to them once leaving this state. Marking more enemies with Lifeline will increase the chance of Yelan gaining the Breakthrough effect. Holding down the skill button will make the attack function slightly differently than just tapping it.

Her Elemental Burst, Depth-Clarion Dice, will create a burst of AoE Hydro that deals damage to enemies and summons an Exquisite Throw. The Exquisite Throw will assist the active character on the field and deal additional Hydro damage based on Yelan’s max HP.

Genshin Impact is available for PlayStation 4, PlayStation 5, PC, and for Android and iOS devices. Yelan will be available to obtain through a limited-time banner until June 21, 2022.