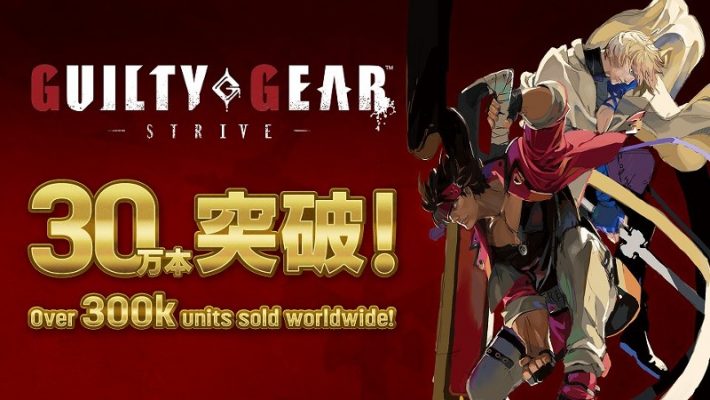 Arc System Works announced that it has sold more than 300,000 copies of Guilty Gear Strive on June 15, 2021. This number is a combination of physical shipments and digital sales on all available platforms.

Guilty Gear Strive is the latest fighting game in the Guilty Gear series. Daisuke Ishiwatari and Akira Katano led the development team in making massive changes to the latest title. The game was initially slated for release in late 2020. However, it received multiple delays, some of which were due to the the coronavirus pandemic. The last delay to June 2021 was caused by a commitment to fix the online server following feedback from the first open beta test.

Arc System Works allowed early access for players who purchased the Deluxe and Ultimate editions of Guilty Gear Strive on PlayStation 5 and 4 on June 8, 2021. It officially released the game with an additional PC version on June 11, 2021.

Guilty Gear Strive will receive more additions after release, as well. Arc System Works is currently preparing content for the first season pass, which will include five DLC characters. The first character will make their playable debut in July 2021. A returning character will follow through in August 2021.

Guilty Gear Strive is immediately available on PlayStation 5, PlayStation 4, and PC. As of this writing, it has over 300,000 copies sold. The fighting game will also arrive in arcades in Japan. However, the pandemic caused further delays to its arcade release.