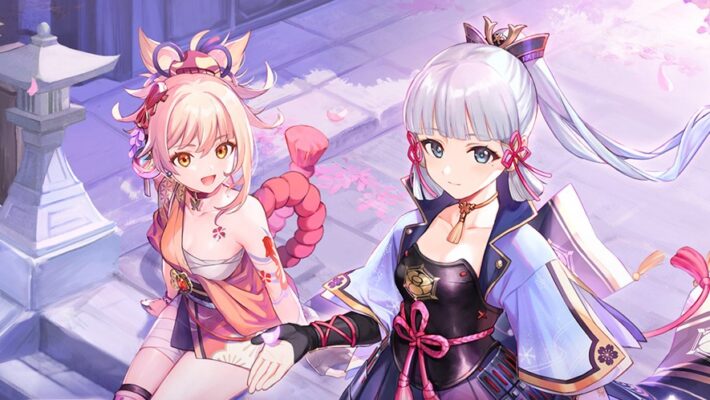 When the Genshin Impact 2.0 update arrives, it will bring with it the land of Inazuma and some Chapter 2 Archon Quests to go with it. To help people prepare, miHoYo announced what people will need to do in order to unlock the new storyline missions. While one is fairly simple, the second one involves completing both major Archon Quests and some character-specific story quests. It also confirms there will be a Yoimiya Story Quest alongside the Ayaka one.

The first Genshin Impact of the Inazuma Chapter 2 Archon Quests will be Act I – The Immovable God and the Eternal Euthymia. This one will be fairly easy to trigger, so long as someone’s kept up with the story so far. You need to be at Adventure Rank 30 to unlock it. You also have to have gone through the Chapter II: Prologue – Autumn Winds, Scarlet Leaves quest with Beidou and Kazuha. Which makes sense, as it explains how the Traveler can find a way to reach Inazuma’s islands.

The second quest is a bit more involved. It also has an AR 30 unlock condition applied to it. And as you might expect, you can’t access Act II – Stillness, the Sublimation of Shadow without going through the first Genshin Impact Chapter 2 Archon Quest in Inazuma. However, its conditions also require you to go through two character story quests. If you don’t finish Ayaka’s Grus Nivis Chapter: Act I and Yoimiya’s Carassius Auratus Chapter: Act I, you can’t continue. Each of those requires one story key, which you can earn by completing Daily Commissions regularly.

Genshin Impact is available on the PS4, PS5, PC, and mobile devices. It will eventually appear on the Nintendo Switch. The Genshin Impact 2.0 Inazuma update, which will also add the Ayaka banner and story quest, will appear on July 21, 2021.