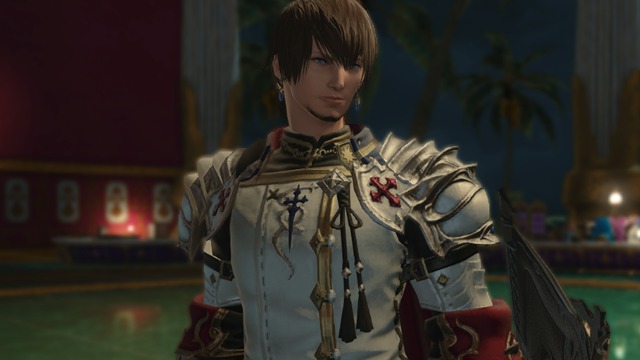 With Final Fantasy XIV Endwalker inching closer, there are a plethora of people jumping into the game. Naturally, there is a lot of content. However, with every new expansion comes a new set of challenges. That said, Final Fantasy XIV uses an item level system that will require players to have a certain item level in order to participate in new content. This guide will break down how to obtain the best Final Fantasy XIV Shadowbringers gear, i.e. armor and weapons, to get ready for the release of Endwalker.

While players can obtain gear through the Market Board in major cities like Limsa Lominsa, Ul’dah, Gridania, Ishgard, Kugane, and Eulmore, the currently available standard Exarchic Armor is not the best available gear players can currently obtain. It can only hit the 510 item level mark. Naturally, this set will do the job, but sometimes those extra item levels can make a difference. However, in order to obtain the best available gear with a 530 (or higher!) item level, players will need to dedicate time and sometimes be patient.

How to Obtain Item Level 530 Armor in Final Fantasy XIV

There are currently two ways to go about obtaining item level 530 armor in Final Fantasy XIV. One way is to grind out the required Allagan Tomestones of Revelation by doing Roulettes to obtain the standard Cryptlurker Armor sets. After that, players will then need to head into the YoRHa: Dark Apocalypse raids to obtain a Breach Coin, Puppet’s Coin, and Manufactured Coin. All three of these coins can be obtained through the individual YoRHa: Dark Apocalypse raids upon completion. 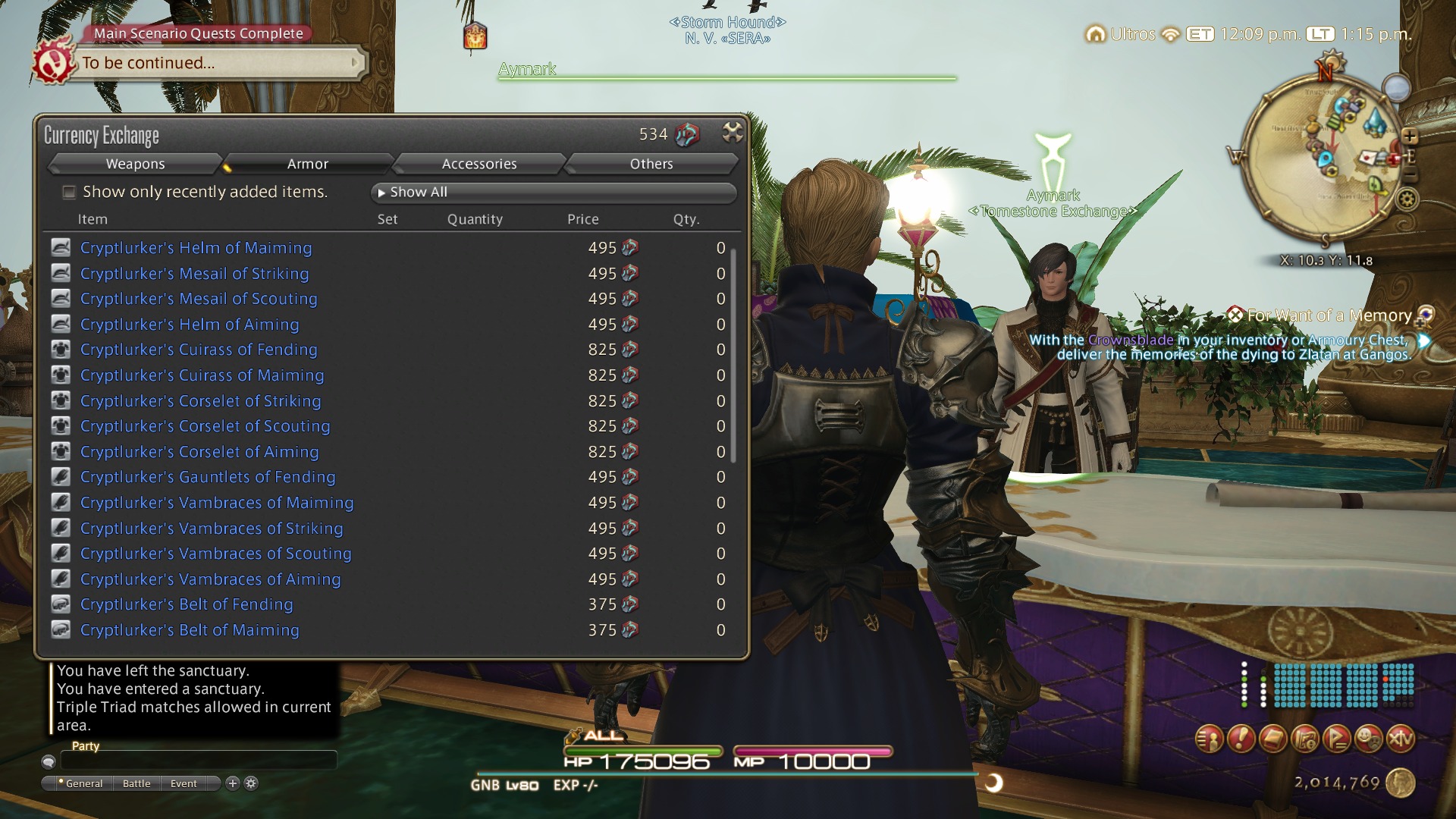 Players can then exchange these coins for Crypt Twine and Crypt Dusting. In order to exchange these coins for the items you need, head to Eulmore and talk to Fathard. You can find him located at the back of Eulmore. He’s alongside NPCs that let you can exchange Tomestones and collectables for gear. After that, you can trade in your standard Cryptlurker gear and collected Twine and Dusting by talking to Shee-Tatch in Eulmore for Augmented Cryptlurker armor. 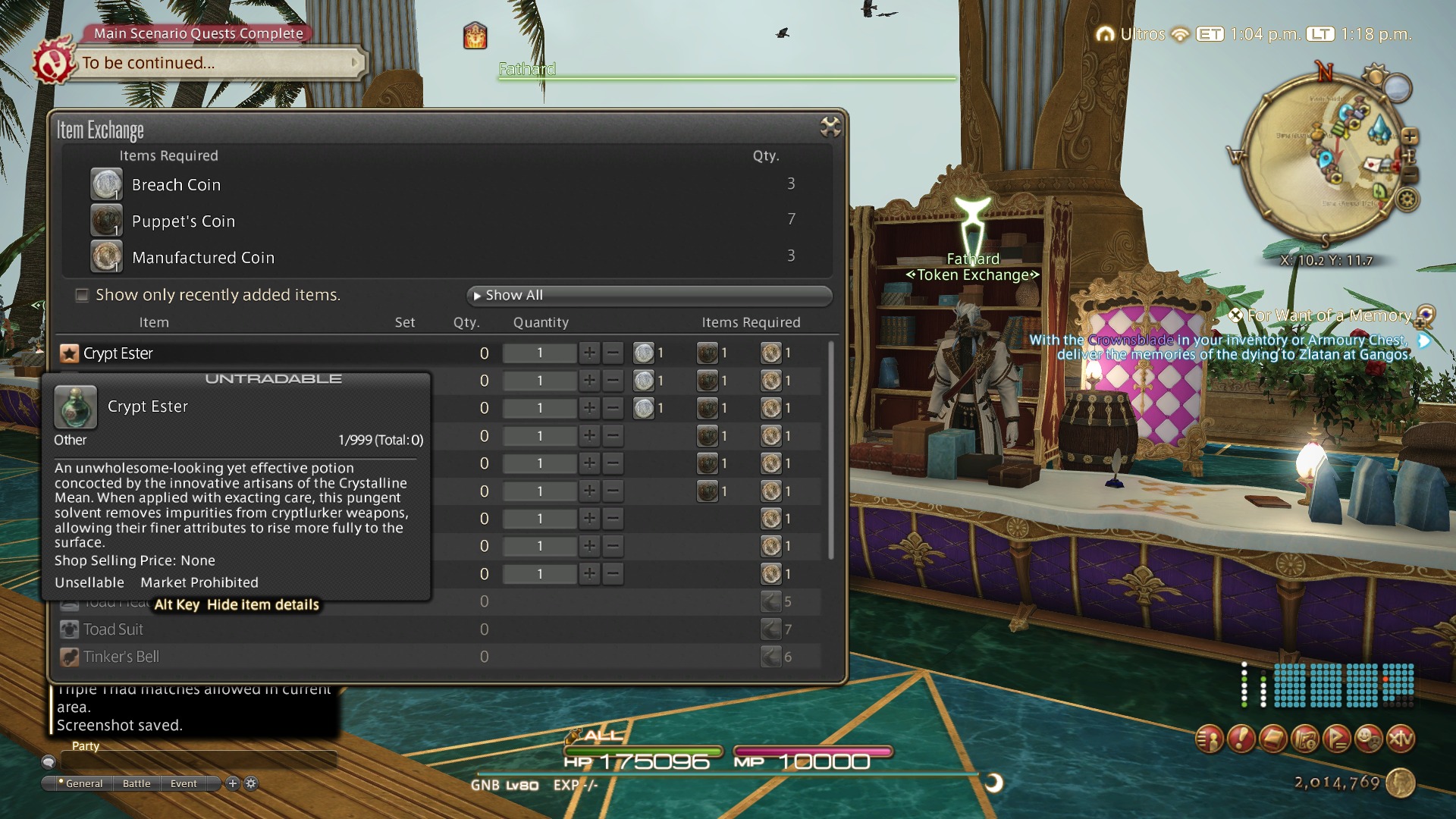 The second way to obtain item level 530 armor is to participate in Eden’s Promise Savage raids. Players will need to complete the standard version of the Eden raids in order to access the Savage versions. These armor pieces will be harder to obtain than simply grinding out Allagan Tomestones of Revelation and the coins needed to upgrade the gear. After running the Savage raids and obtaining the required books you can then talk to Yhal Yal in Eulmore to receive your armor.

How to Obtain Item Level 530 Weapons in Final Fantasy XIV

Obtaining an item level 530 weapon in Final Fantasy XIV ahead of Endwalker is similar to getting Cryptlurker gear, in which you will need to exchange specific items for Allagan Tomestones of Revelation for the required materials. Players will need to obtain a Defragmented Tomestone by collecting four Blades of Lost Antiquity by completing Eden’s Promise: Eternity. (You can learn how to unlock the Eden’s Promise: Eternity raid here.)

After the player obtains four of these blades, these items can be exchanged for the Tomestone by talking to Yhal Yal in Eulmore. You will also need ten Mowen’s Tokens (Revelation) and the respective weapon for the complete weapon exchange. You can obtain the Augmented Cryptlurker weapons by talking to Fathard in Eulmore. 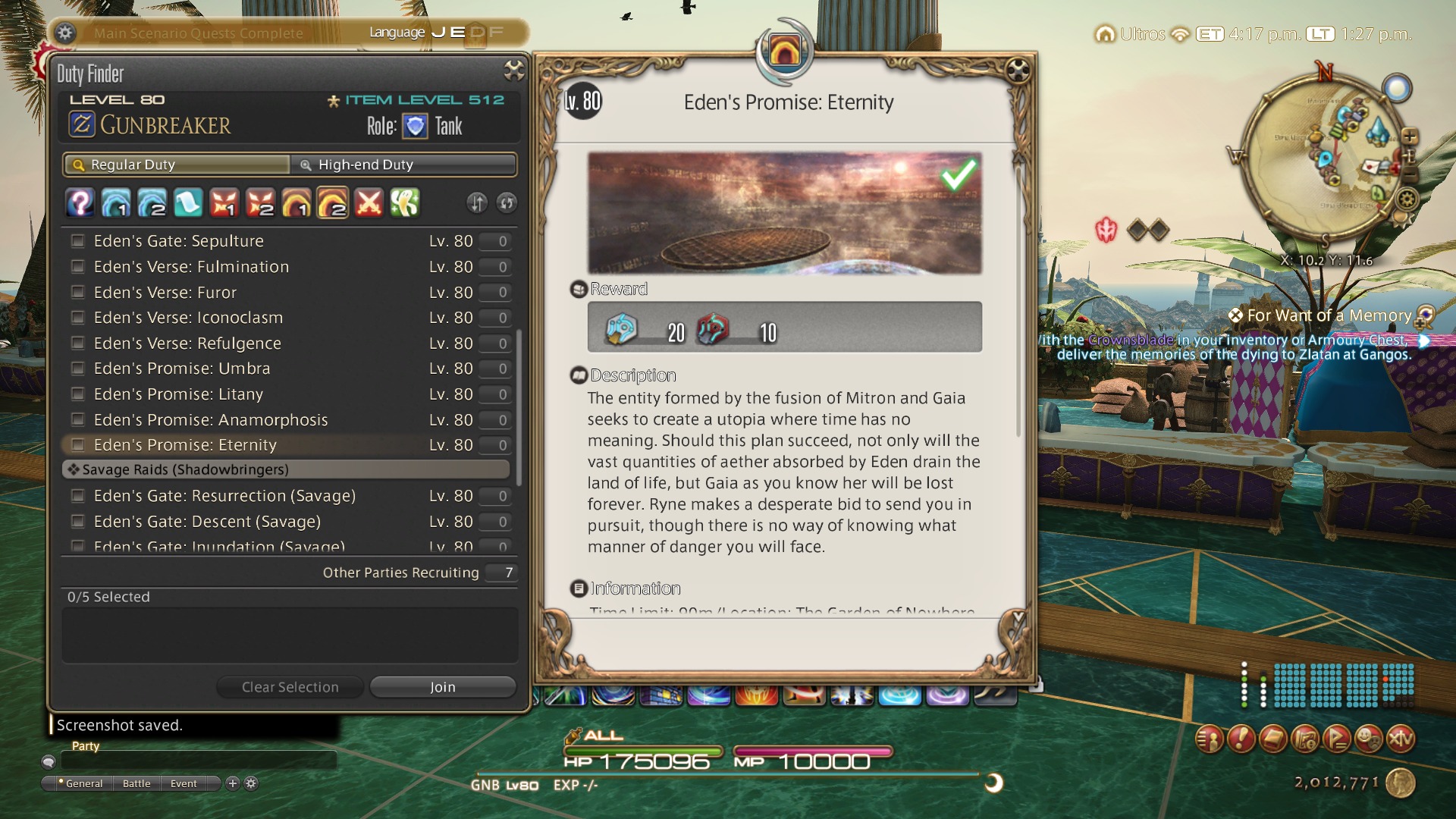 Players can also obtain item level 535 weapons from the Eden’s Promise Savage raids and from the Relic Weapon questline. However, grinding out the Relic Weapons will arguably take some time. Depending on your speed, it might not be possible to grind out several Relic Weapons before the release of Endwalker.

With all of those bases covered, you should be prepared for Final Fantasy XIV Endwalker. With enough grinding, players should be able to get themselves these items well ahead of the expansion’s launch.

Final Fantasy XIV is available for the PS4, PS5, and PC, with Endwalker due to appear on November 23, 2021. Those who pre-order the expansion will have access on November 19, 2021.