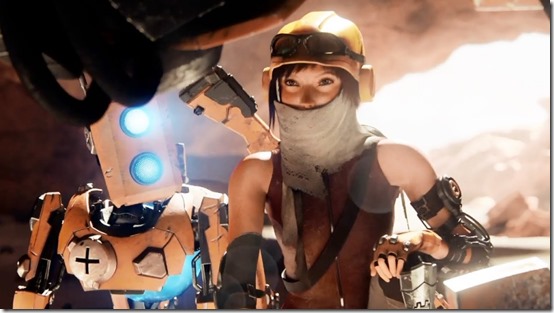 One of Keiji Inafune’s next projects has gone multiplatform. Back in June 2015, Keiji Inafune, Comcept, and Armature Studios announced the developers were working on a Xbox One exclusive called ReCore. An Xbox Wire announcement suggested it would also be coming to Windows 10 PCs, and that news has since been confirmed.

In ReCore, players control a heroine named Joule. She lives in a futuristic world where humans are scarce and robots plentiful. Unfortunately, the latter doesn’t really care much for the former. Some robots are friendly, however, and those friendships are critical to ReCore’s gameplay. Joule will connect with these characters, who all have their own skillsets, and attempt to save the human race.

ReCore will come to the Xbox One and Windows 10 PCs in the second half of 2016. An exact release date is unavailable.