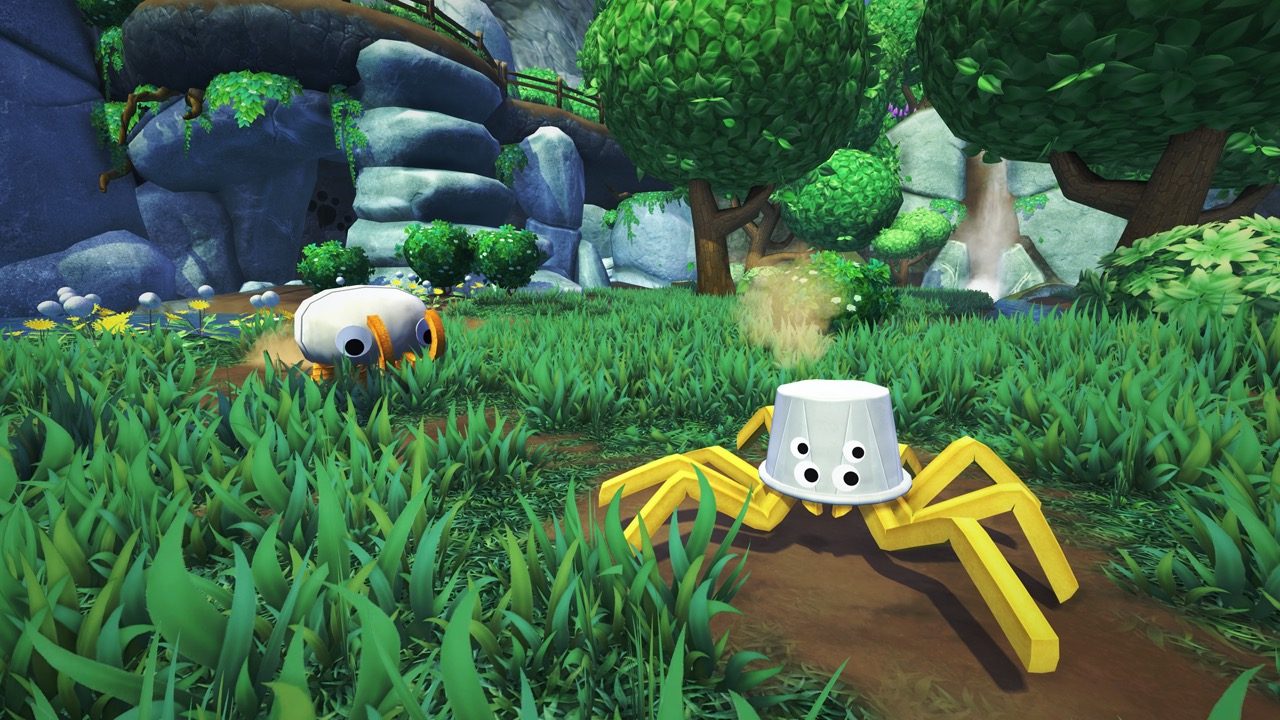 After the June 2020 PlayStation 5 games presentation, there was a surprise star. Octodad developer Young Horses’ Bugsnax was announced for the PlayStation 4, PlayStation 5, and PC. It also ended up becoming quite a famous earworm, as the Kero Kero Bonito Bugsnax song proved to be quite infectious. Now, the group is speaking out about the track. Gus Lobban, the group’s producer and songwriter, took to the PlayStation Blog to talk about the Bugsnax music.

Lobban began by noting how Bugsnax was described to the group by Phil Tibitoski, the Young Horses President. He noted:

I’ll never forget the briefing phone call—Phil at Young Horses got straight into it. “So, the game’s called Bugsnax, and it’s about this island where all the creatures are part bug, part snack, and when the Grumpuses eat them, their body parts transform into them. Let me know if you’ve got any questions!” “Erm, yeah, uhhh…”

Lobban went on to explain that he tried to make “It’s Bugsnax!,” which is the official name for the Bugsnax song, sound like Kero Kero Bonito tracks from earlier in the band’s career. He specifically compared the tune to “Picture This,” from the 2016 album Bonito Generation. (That was the group’s first studio album.) He also pointed out that this was the group’s first “remote lockdown recording setup” track.

The catchiest songs are often the most obvious—that song’s chorus is basically just “Octodaa-aaad,” and Bugsnax’s title ended up being our main hook too. The lyrics mostly relay the experience of playing Bugsnax in a literal way (a classic KKB technique), while the line “talkin’ ’bout Bugsnax” came to me in a flash of divine inspiration, for which I was a mere Vessel.

In case you somehow missed it, here’s the trailer that has that now infamous Bugsnax song playing in the background. “It’s Bugsnax!” kicks in at about the 53-second mark.