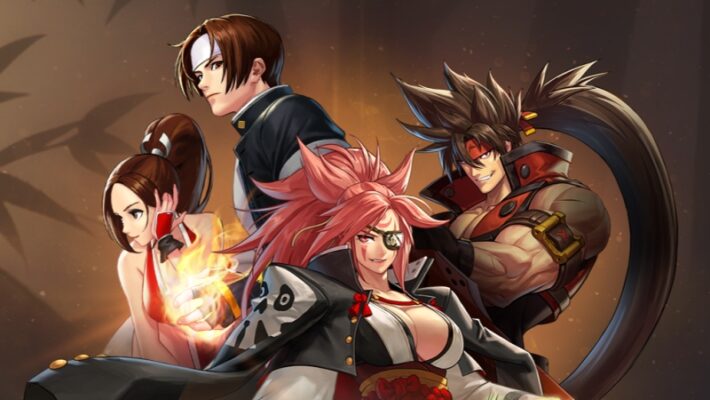 King of Fighters All Star is further expanding its territory into other fighting games. The latest conquest for KOF Allstar is the world of Guilty Gear. The free-to-play gacha game’s latest event adds six new playable characters from Guilty Gear Xrd REV 2. These “collab fighters” are accompanied by new Dungeons and Login Bonuses for players to gather up.

As seen in event trailer, the Guilty Gear characters Sol Badguy, Baiken, I-No, May, Dizzy, and Ramlethal Valentine are all present in this KOF Allstar event. They appear as they do in Guilty Gear Xrd REV 2, rather than their more current designs as seen in Guilty Gear Strive.

Players can obtain May and Sol Badguy free of charge. May is unlocked by logging in to KOF Allstar during the collaboration period. Sol Badguy is obtained by completing missions and events during the period. The event will have a bespoke storyline to follow as well, introducing players to the fighters and working out why their world is intersecting with that of King of Fighters.
Baiken also appears as a Guild Raid Boss. Players must form teams to inflict as much damage as they can on Baiken within the time limit. That damage can then influence their rewards.

The KOF Allstar x Guilty Gear collaboration event runs until December 8, 2021. The game is immediately available on iOS and Android. Other collaborations for the game added fighters from Dead or Alive 6 and even manga series Gintama.