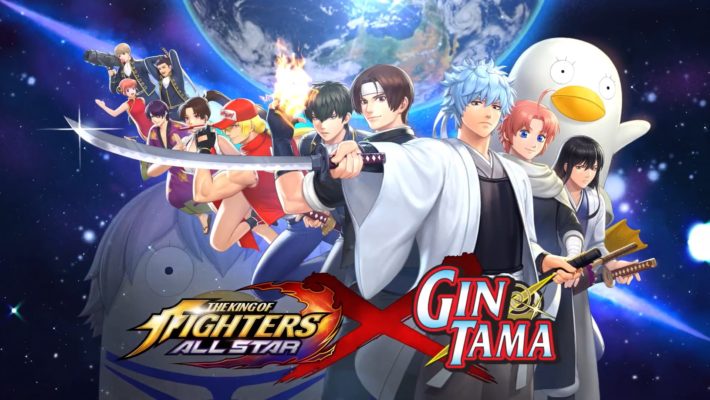 As you might imagine, this means multiple Gintama characters can be earned as you go through the game. Some events will be in place to let you earn warriors from the series. Like Kagura’s Super Mission will mean you can recruit Kagura. You could also earn Elizabeth with the Gintama Attendance Event. There will also be dungeons and the ability to try and pull other characters.

Here’s the full list of everyone appearing in this The King of Fighters ALLSTAR Gintama collaboration.

Here’s the trailer celebrating the event and showing them in action in the beat’em up’s various missions.

Even though the game isn’t that old, it is already known for unusual sorts of crossover events. It was pretty normal when the Tekken 7 one happened. Like you expect that. But then there was the WWE collaboration, which resulted in figures like John Cena being added.

The King of Fighters ALLSTAR is available on Android and Apple iOS devices. The Gintama event will run until August 13, 2020.