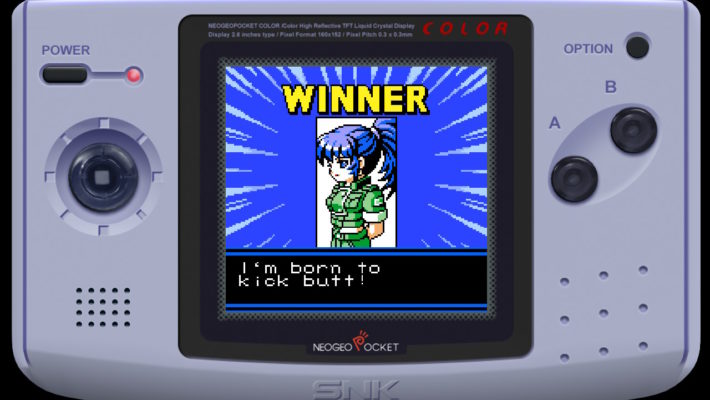 When you think of early handheld staples, fighting games probably don’t come to mind as often. While they did exist on the Game Boy and Game Gear, it wasn’t like they were the driving force behind the libraries. But when it came to the Neo Geo Pocket Color, games like King of Fighters R-2 were its staples. Given how niche it is, they could have been lost to time. But NEOGEO Pocket Color Selection is keeping them alive, and the Switch ports of KOF R-2 and Samurai Shodown! 2 give us a chance to easily access a bit of gaming history.

Both KOF R-2 and Samurai Shodown! 2 were launch window games for the Neo Geo Pocket Color, with the former appearing practically at launch and the latter showing up a month later. At a glance the obvious sacrifices had to be made. The soundtracks are 8-bit remixes, the character sprites are minimalistic and super-deformed, and the backgrounds are far more colorful than the actual characters. 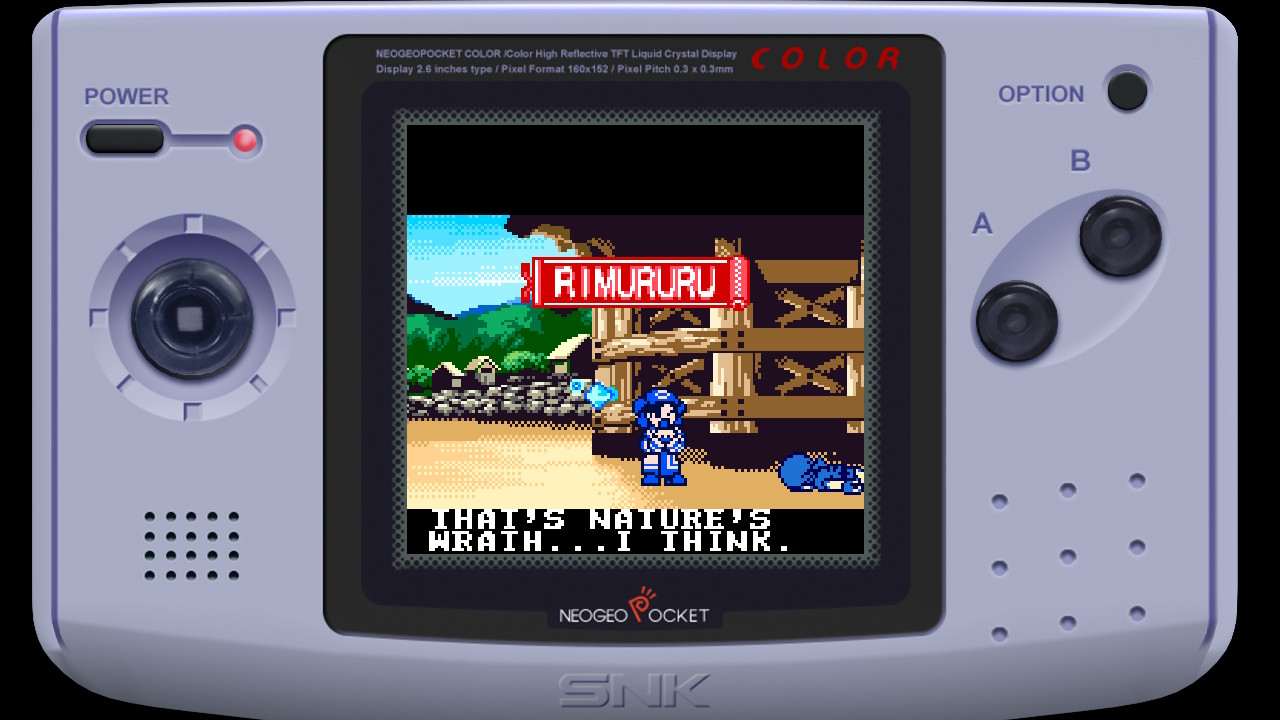 But, on the whole, they play similarly to their bigger and older siblings. KOF R-2 has its 1v1 and 3v3 options, with people building up the Power Gauge for Super Moves. It still has nuanced moves like guard cancels and reversals. Samurai Shodown! 2 essentially has two versions of each character, since you’re choosing between Bust and Slash options that change their moveset and approach. (You also have the Samurai Combination System for building up combo attacks.) In each case, they have the right feel, even if they don’t look exactly as you’d expect.

Each game also does something more, though. They offer options you wouldn’t expect in a console version of a game. With KOF R-2, it’s Making Mode, you can actually adjust your fighters and tweak what they can do. You go through something of a campaign and work with the skills you get. It’s more involving and feels like something you do when you have a game on-hand that you’ll pick at a little at a time. Especially with the Switch and this port’s autosave features. 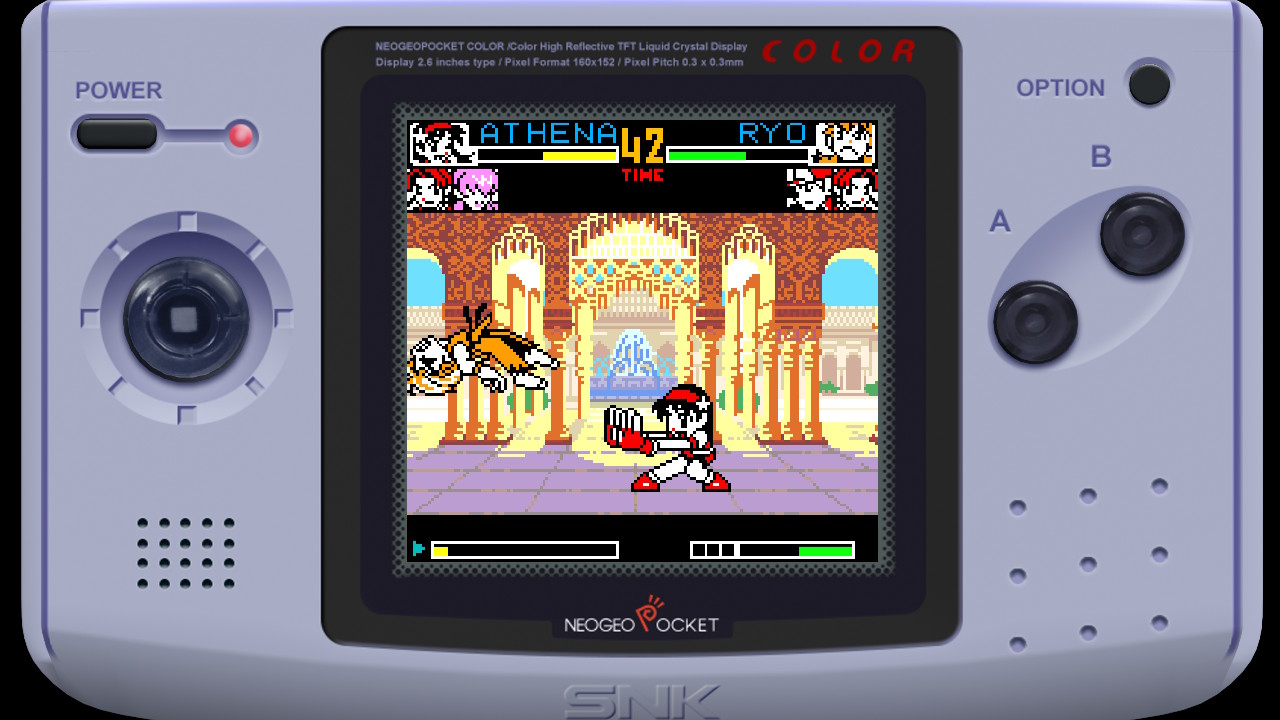 With Samurai Shodown! 2, the collection element is pulled in. You could get up to eight cards for characters to apply to your character, giving them additional special moves or increasing their stats. (Plus, you know, you get more cute, minimalistic art to look at.) The drawback here is that the trading element is absent that was present in the original Neo Geo Pocket Color release, but there’s still the incentive to keep playing so you can keep doing more.

In each case, we have this opportunity to see what SNK did when it had a more limited platform. Both KOF R-2 and Samurai Shodown! 2 do their best to maintain series staples. We have the same match formats in one and the other’s Bust/Slash modes. The rosters and movesets tend to remain the same. Yes, some adjustments have to be made, but there are also incentives to collect and build upon players to compensate and incentivize solo, on-the-go play.

King of Fighters R-2 and Samurai Shodown! 2 are available for the Nintendo Switch. SNK Gals’ Fighters is also part of this line of games.