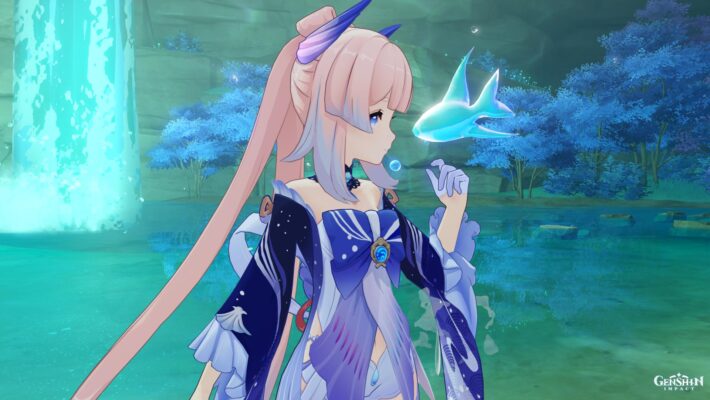 The Kokomi Sangonomiya banner is now in effect in Genshin Impact, offering people a new five-star. Which, coincidentally, is very similar to a four-star character that’s been present in the game since launch. And serves the same kind of role as an existing five-star. Which helps highlight a critical issue with the character and game’s balance. While Kokomi adds to the lineup of adorable Genshin Impact characters, both Barbara and Qiqi are better at everything she is supposed to do.

Kokomi is designed to be a healer who also deals damage in Genshin Impact. You’d expect her to strictly fit into the supporter role. The problem is that her abilities push her into a different role. Yes, there are skills that suggest you use her as you might expect. Flawless Strategy sacrifices her CRIT rate, taking 100% away from it, in exchange for her offering a 25% healing bonus. She summons the Bake-Kurage with the Kurage’s Oath Elemental Skill that, like the four-star Barbara’s Let the Show Begin and five-star Qiqi’s Adeptus Art: Herald of Frost, summons a constant that briefly heals allies while dealing elemental damage to nearby foes. But the rest of her moveset feels like it demands she be on the field, attempting to deal damage, rather than offering support from the wings. 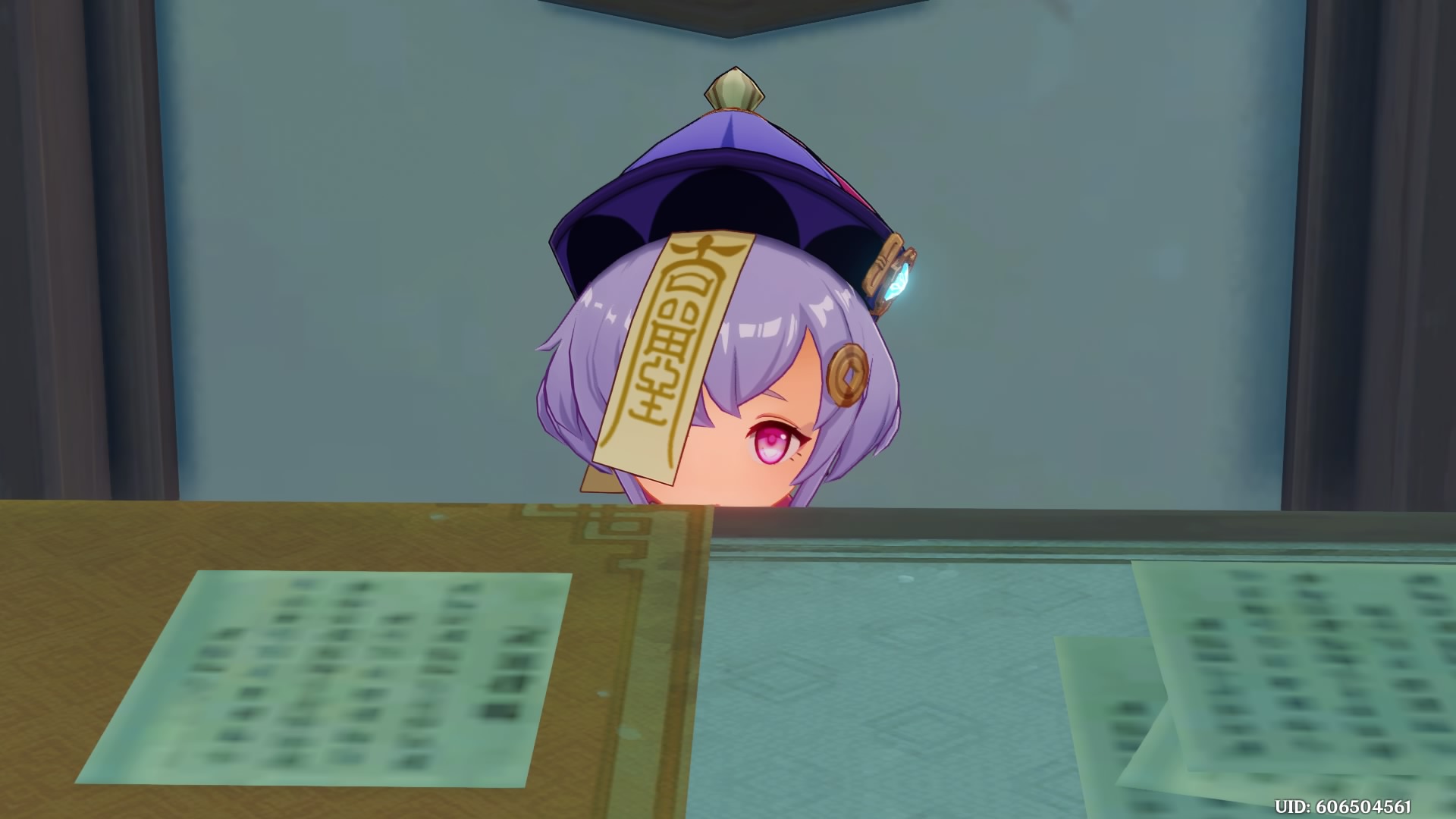 Her Elemental Burst Nereid’s Ascension is a perfect example of this. When Kokomi uses this skill in Genshin Impact, she deals Hydro damage to an area. However, she also dons the Ceremonial Garment that only offers a bonus while she is active. That heals party members every time she uses a standard or charged attack and increases the attack power of her and the Bake-Kurage. It isn’t efficient, especially given her stat that is her focus is Hydro damage. Other catalyst users would be better at dealing damage, especially given the effort it would take to build Kokomi so she could land critical hits.

Conversely, both Barbara and Qiqi’s Elemental Bursts are designed in such a way that you use them, your party immediately benefits or gets a benefit for a period of time, and those two get off the field so stronger characters can replace them. Barbara’s Shining Miracle immediately heals both your characters and characters of anyone you’re playing with when used. Qiqi’s Adeptus Art: Preserver of Fortune tags enemies in its range with talismans that deal Cryo damage and will heal allies who attack tagged opponents. 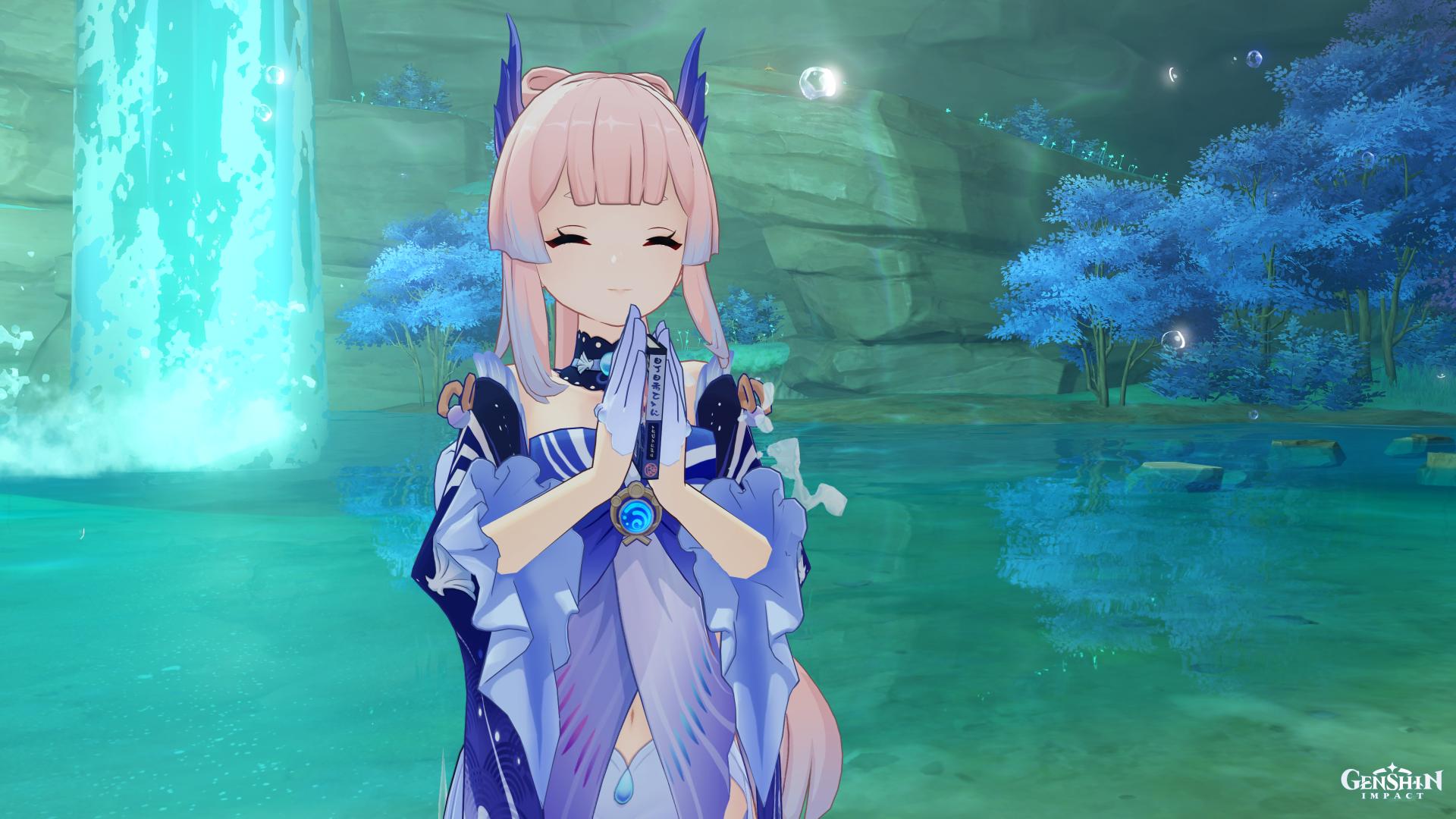 But the thing that really does Kokomi in is her inability to revive allies. This is a skill both Barbara and Qiqi possess, provided people fill out enough of their constellations in Genshin Impact. Kokomi’s focus on increasing things like Hydro damage, attack speed, and healing bonuses. Meanwhile, Barbara’s increase her energy regeneration and at C6 grants her Dedicating Everything to You that revives one fallen ally and completely restores their health as long as she is around. As for Qiqi, it helps with energy regeneration, decreasing enemy attack power when her Elemental Burst is used, and at C6 revives every fallen ally with half health if you use her Burst.

Ironically, these skills and her personality go against everything miHoYo attempted to establish about her. Every Archon Quest story element and trailer paints Kokomi as a great strategist in Genshin Impact. But she made a foolish decision in the rebellion’s Vision Hunt Decree fight, which leads to her own people suffering. Her moveset is at odds for a supporter like her and is outclassed by both a four-star launch character you can get for free and five-star launch character who is always available in the general gacha pool. It is incredibly disappointing. While she might serve a purpose for people who might need basic healing and someone to help trigger Hydro reactions, there are better Genshin Impact characters out there.

Genshin Impact is available for the PS4, PS5, PC, and mobile devices. It will eventually come to the Nintendo Switch. The Genshin Impact Kokomi banner will be around until October 12, 2021.