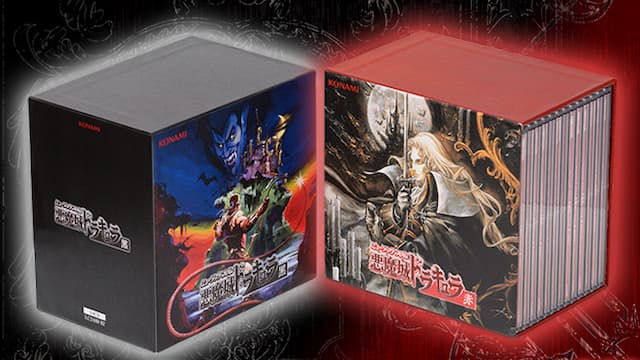 Konami revealed plans to release a massive Castlevania OST soundtrack collection in December 2021. The collection will be 26 volumes in total divided into 13 CDs. It will come in two separate sets, titled Castlevania Black and Castlevania Red, with both sets up for pre-order on the official Japanese Konami store starting September 27, 2021. [Thanks Gamer!]

Castlevania: Grimoire of Souls also made its return to the Apple Arcade as an exclusive mobile title and is now available to subscribers. You play as legacy characters from the franchise such as Alucard, Shanoa, and Simon Belmont in order to clear Grimoires, with daily missions and multiplayer also available.

The Castlevania OST collection will release on December 15, 2021 in Japan and is available to pre-order now.