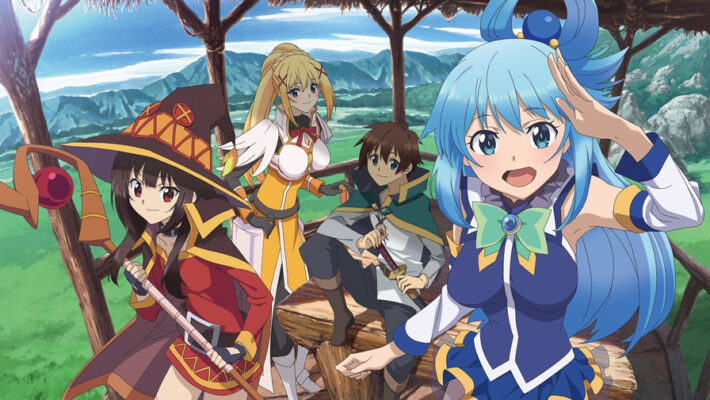 The official Twitter for the KonoSuba series revealed that a new anime is in production. The news comes from the livestream KonoSuba Channel from Isekai Museum. Additionally, the tweet provided a look at the refreshed visual style. The account asked fans to look forward to additional information in the future. [Thanks, Anime News Network!]

Studio Deen worked on a KonoSuba anime TV series that ran from January 2016 to March 2017, along with two OVAs. The series also had a film adaptation handled by J. C. Staff in 2020. However, we do not know yet which studio will work on the upcoming production. Details on the new KonoSuba anime are sparse, but we do have an idea of what it will look like with the below key art. 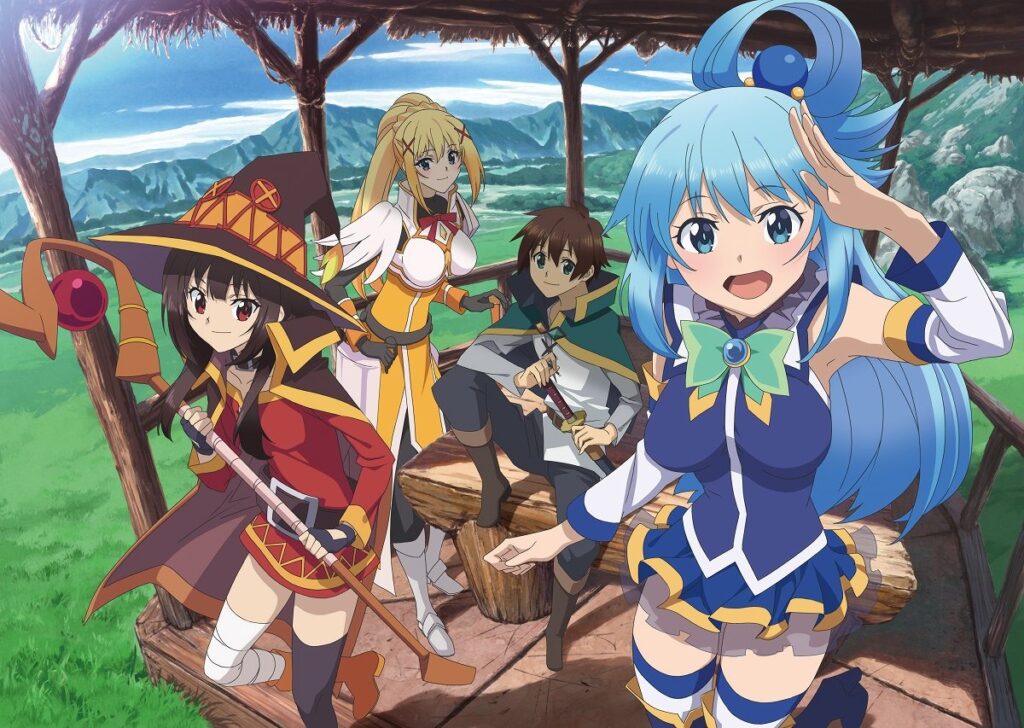 From its humble beginnings as a web novel in 2012, KonoSuba continues to be a successful multimedia franchise. The series has a TRPG coming to western shores in October 2021. Earlier in July 2021, we heard that pre-registration is open for the mobile game KonoSuba: Fantastic Days. The voice actors for Aqua and Kazuma also expressed their enthusiasm for the mobile game’s worldwide release.

The official Twitter confirmed that a new anime for KonoSuba is in production, with more information to come in the future.