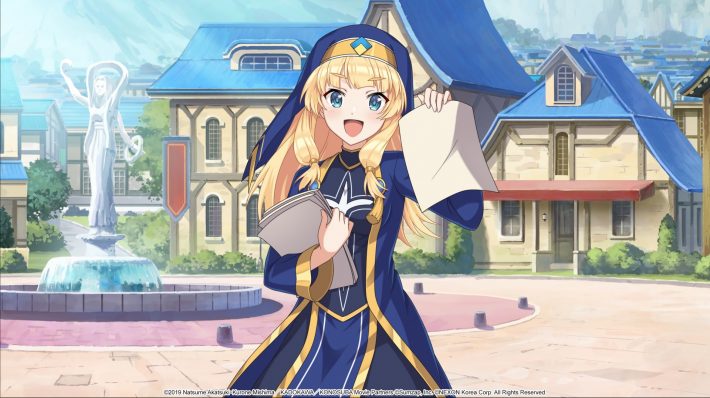 People can commit to playing the Konosuba mobile game, as Konosuba: Fantastic Days pre-registration is now open. Rather than a typical pre-registration campaign, where people get certain in-game items for signing up, there’s a contest associated with this one. Those who commit with their email address on the official website will be entered to win a figure and earbuds. There’s also a new trailer to celebrate everything.

As for the latest video, it features animations and gameplay. People can see Aqua, Darkness, Kazuma, and Megumin in clips and in-game. The full game has the Japanese voice actors reprising their roles.

Konosuba: Fantasy Days pre-registration is open now, and the mobile game is “coming soon” in English.