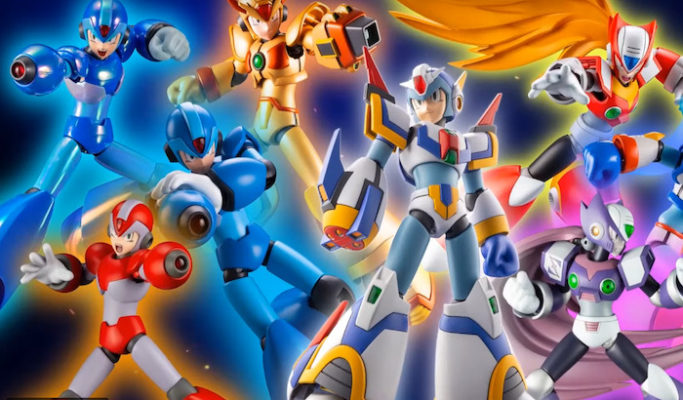 On December 19, 2020 Kotobukiya announced and detailed their upcoming lineup via their Kotobukiya Winter Expo stream. The lineup featured a variety of characters from both video games and anime.

One item on the lineup is a two-pack set designed in celebration of the twenty-fifth anniversary of the Tales series and the fifteenth anniversary of Tales of the Abyss. The two figures in the pack are 1/8 scale pre-painted depictions of Luke and Asch from Tales of the Abyss. They are posed back-to-back in a way that is meant to be reminiscent of the game’s encounter at Eldrant.

A lineup of 1/7 scale pre-painted figures was also included in the presentation. These include Bishoujo statues of Stargirl, Sniper Wolf, Lady Jaye, Princess Celestia, and Princess Luna. There is also a limited-edition Poison Ivy Returns Bishoujo statue.

The presentation contained an interview with Kotobukiya’s Mega Man X product planner, Ba-chi about the process of making kits for characters from the Mega Man X franchise. It was also revealed that plastic models from other Mega Man series, like Mega Man Battle Network, are being developed.

The last products to be talked about were the already announced Rean Schwarzer and Altina Orion figures from The Legend of Heroes: Trails of Cold Steel. As with the initial announcement, little information was given on this front, although it was stated that this will be the first ever figure rendition of either of these characters. They are still in the works with “more updates coming soon.”

Recently, the company also announced a new like of Sousai Shojo Teien model kits designed by Ed Morikura, who also designed the character Kizuna AI. The first figure in the series, Madoka Yuki, is expected to release in January of 2021 for $56.99.