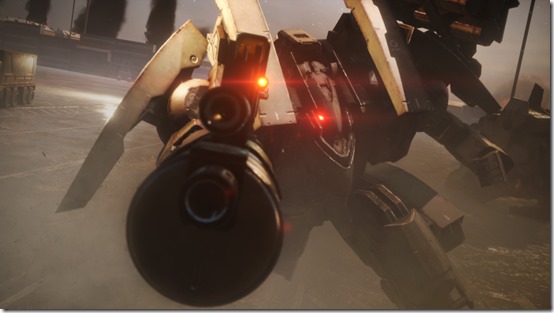 Square Enix announced that the upcoming survival action shooter Left Alive will release in North America and Europe on March 5, 2019 for PS4 and PC. Here are new trailer and limited edition details.

First, here’s a look at its “Release Date Announcement Trailer”:

The “State of the World Trailer”:

Those who purchase the Day One Edition of the game will receive the bonus “Survival Pack DLC”: 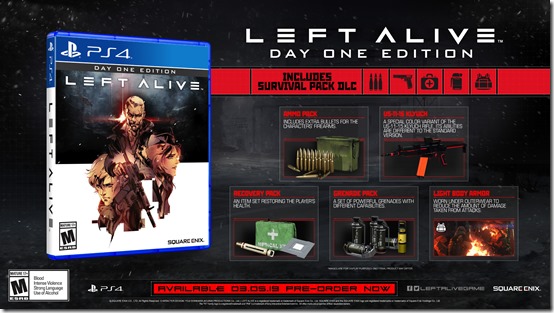 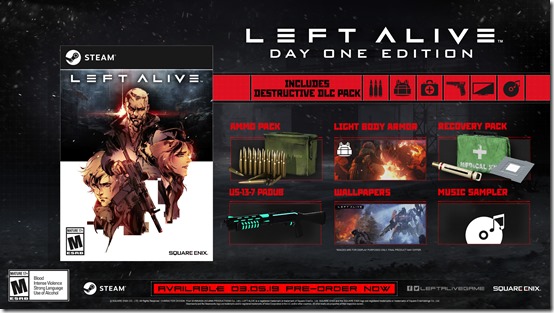 The Survival Pack DLC includes plenty of useful items that will help you survive, such as the Ammo Pack, Light Body Armor, Recovery Pack, Klyuch Weaon, and Grenade Pack. 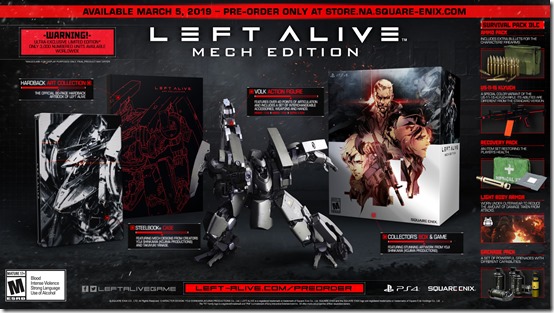 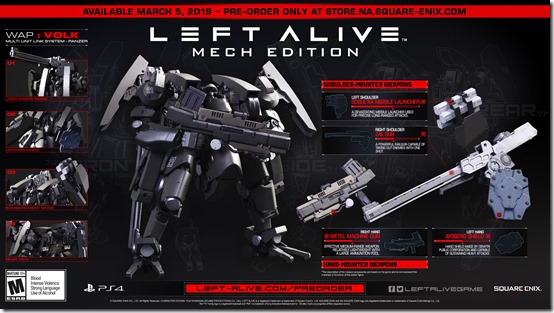 The limited “Mech Edition” bundle goes for $159.99 and is a Square Enix Online Store exclusive. It features the following:

Lastly, digital pre-orders are now available via PlayStation Store and Steam for $59.99. It includes the base game and bonus DLC, including Ammo Pack, Light Body Armor, and Recovery Pack. It also comes with the following:

Left Alive arrives in North America and Europe on March 5, 2019. It releases a little earlier in Japan on February 28, 2019. Check our previous report to learn more from director Toshifumi Nabeshima about the game’s difficulty, main characters, and more.