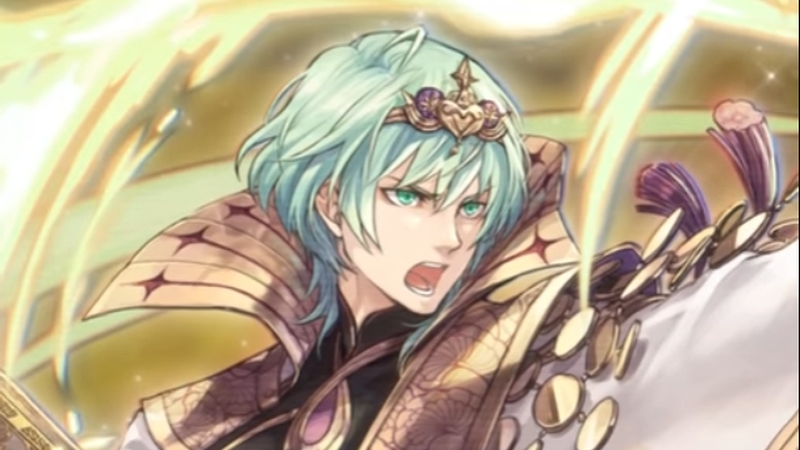 A new member of the faculty from Fire Emblem: Three Houses will join the roster of Fire Emblem Heroes–Legendary Byleth, The Fódlan Star. This version of Byleth is based on the male incarnation and is a 5-Star Legendary Hero. Legendary Byleth will be released with the next summoning banner, which goes live on June 30, 2021.

Nintendo also revealed the abilities of Legendary Byleth in a new promotional trailer.

Legendary Byleth joins the Fire Emblem Heroes roster as a green tome infantry unit. He sports the abilities Professorial Text and Sublime Heaven. In the trailer, it’s shown that some of his attack effects include pelting an enemy with a swarm of “Lost Items.” It’s a visual reference to a game mechanic from Fire Emblem: Three Houses, as Byleth could find various items scattered about Garreg Mach monastery and return them to their owners .

Legendary Byleth’s design was provided by artist Hagiya Kaoru, who also designed the units Ike: Brave Mercenary and Galle: Azure Rider. By the color of his hair, Legendary Byleth looks to be based on the character as he appears after a time-skip event in Fire Emblem: Three Houses. The character is voiced by Zach Aguilar in English.

Fire Emblem Heroes is immediately available on iOS and Android, and the Legendary Byleth summoning banner will go live on June 30, 2021, and last until July 7, 2021.