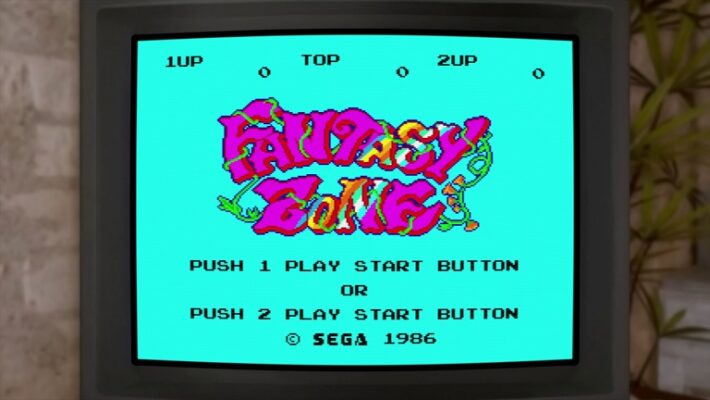 Ryu Ga Gotoku Studio announced the eight SEGA Master System games that players will get to enjoy in Lost Judgment. When you’re not solving crime or hanging out with various high school clubs, Yagami will be able to sit back and relax in his office with classic 8-bit video games, such as Fantasy Zone.

The eight SEGA Master System games that you can play in Lost Judgment are:

In the first game, Yagami had a pinball machine, but in Lost Judgment, he upgraded to a SEGA Master System. Earlier this summer, an interview between Takuya Kimura and Toshihiro Nagoshi revealed Yagami’s new gaming console. During that interview, they mentioned that you could unlock more games as the story progressed.

Other ways to pass the time when you’re playing Lost Judgment include mini-games such as sugoroku, golf, and drone races. The drone race is a feature that they brought back from the first game. Since several of these activities are linked to the “Youth Drama” storyline, unlocking more levels will require playing through storylines and subplots.

Lost Judgment will come out on the PlayStation 4, PlayStation 5, Xbox One, and Xbox Series X on September 24, 2021. If you purchased the Digital Deluxe or Digital Ultimate version, you will be able to play from September 21.