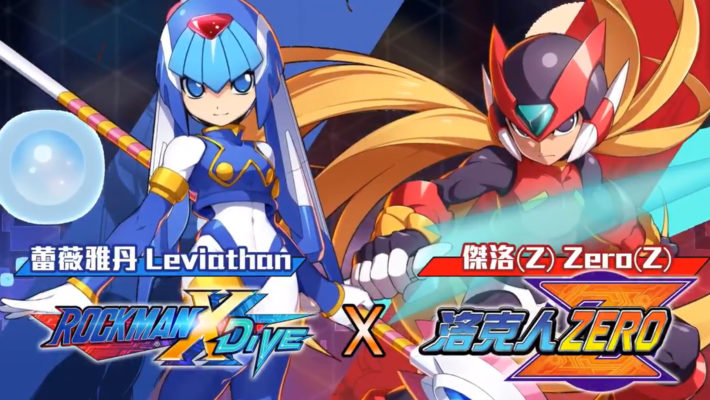 Capcom Taiwan announced that Mega Man X DiVE will once again be crossing over with another Mega Man subseries. This time, the collaboration will involve the Mega Man Zero games that recently got a re-release via Mega Man Zero/ZX Legacy Collection. Beginning on July 9, 2020, a Zero with a design based on his Zero series appearance and Leviathan will be available in the smartphone game.

The Savior has come!
Watch this video for more details!

Apart from Zero and Leviathan, we can see in the trailer that Copy X, the final boss of the first game, will be fought an event stage boss. Zero was also shown off in a recent livestream (which you can watch below), and it was revealed that he will be an A-rank character.

During the livestream, it was confirmed that Zero will be available as an event reward character, similar to Classic Mega Man from the first crossover collaboration. Zero will use the Shield Boomerang and Z-Knuckle as his skills, which means that this is the first time we’ll see him use both weapons in the same game. (Shield Boomerang wasn’t available in Mega Man Zero 4.) Meanwhile, Leviathan is quite likely to appear as part of the upcoming gacha.

Finally, while the Mega Man Zero collaboration marks the end of the events teased during April Fool’s Day 2020, producer Hideto Yoda said on the livestream that as long as it is within the Mega Man franchise, there is a very strong possibility that the game will get more crossovers with other Mega Man sub-series.

Mega Man X DiVE is available on iOS and Android devices. The game launched in Asia back in March 2020 and will launch in other countries later.