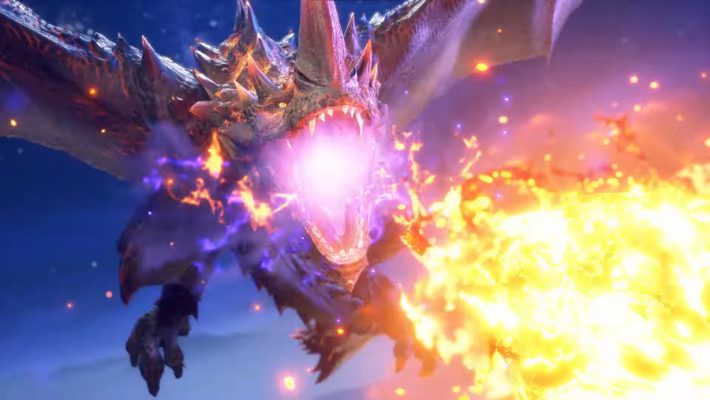 Capcom announced that Title Update 2 for Monster Hunter Rise Sunbreak will arrive in Late September 2022. The free title update will add the Flaming Espinas subspecies, another rare subspecies, and “powered-up monsters”. Further information will appear some time closer to the title update’s release.

The Flaming Espinas is a legacy monster that has appeared in past Monster Hunter titles. Capcom introduced the monster as the Espinas Subspecies in Monster Hunter Frontier. Compared to the standard Espinas, the Flaming Espinas has a stronger orange hue and focuses largely on fire-based attacks. In Frontier, the monster was capable of inflicting players with the Defense Down debuff instead of paralysis.

A new teaser trailer shows the Flaming Espinas facing off against a Teostra. You can check the trailer out in the video below:

Furthermore, the second free title update will release sometime in Late September. Capcom has not yet given the full details of the update. As such, fans can expect to see more monsters revealed in the coming weeks. The third free title update is still listed with a Winter 2022 release date.

Capcom also released the first free title update earlier this month. It added various existing subspecies to the game, as well as the new Anomaly Investigations mechanic. The new subspecies included the return of the Gold Rathian and Silver Rathalos, among others.

Monster Hunter Rise Sunbreak is available to play on PC via Steam and Nintendo Switch, and Title Update 2 will release in Late September 2022.