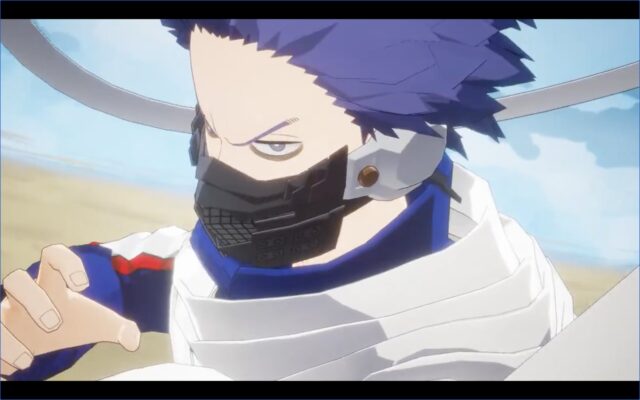 First, here’s how Shinso looks in My Hero One’s Justice 2. His trailer involves him fighting Deku and using his Brainwashing Quirk. While Shinso can attack normally, he can also essentially force an opponent to hurt themselves. The video shows a basic attack doing this. It also shows his special doing damage to Deku. It also confirms Shinso is one of five people in Season Pass 2.

Take control of your opponents with Shinso Hitoshi, the first character of the second Season Pass of #MyHero One’s Justice 2, releasing today!

At the 50 second mark, the Three Musketeers Costume Set is shown off. People get Deku, Bakugo, and Todoroki’s uniforms from the movie for the game. However, Bandai Namco didn’t note how long that free DLC costume set will be given away.

As for the My Hero One’s Justice 2 demo, it lets people use Deku, Bakugo, Lemillion, Tomura, Himiko, and Overhaul. That means you get three heroes and three villains to use. Of them, Lemillion and Overhaul are new fighters introduced in this entry.

My Hero One’s Justice 2, its demo, and the Hitoshi Shinso DLC are available for the Nintendo Switch, PlayStation 4, Xbox One, and PC.