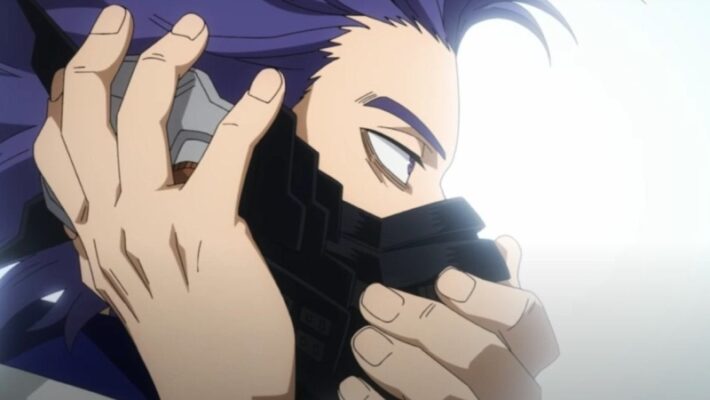 My Hero One’s Justice 2, the fighting game based on the My Hero Academia series, will add Hitoshi Shinso to the playable roster. Tipster Ryokutya2089 revealed that Shinso, a recurring character in both the manga and its anime adaptation, would be the first character in the game’s second Season Pass. [Thanks Ryokutya2089!]

Bandai Namco didn’t share any trailers or art from the game featuring him yet. However, given the nature of My Hero One’s Justice 2, Shinso will likely look as he does in the fifth season of the anime.

Hitoshi Shinso first appeared in My Hero Academia as part of the series’ U.A. Sports Festival storyline. Shinso was a student enrolled into U.A. High School’s General Education course. Though U.A. is best known for its Hero course, which teaches students how to become professional heroes, it also supports a General Education track for more “normal” students, as well as those who didn’t quite qualify for the Hero track.

Shinso has a powerful quirk called Brainwashing, which allows him to take control of an opponent’s mind, so long as they respond to him verbally. During the Sports Festival storyline, he used this ability to great effect, taunting his opponents into talking back, then ordering them to forfeit the match.

Shinso appears later in the My Hero Academia story as a candidate to transfer into the hero course and participates in joint training between Classes 1-A and 1-B. He gains some new equipment, including a cloth-like binding weapon patterned after the one used by 1-A’s homeroom teacher Eraser Head, as well as a special mask. The mask allows him to manipulate and project his voice, letting him trick his opponents into responding even if they’re aware of his quirk.

My Hero One’s Justice 2 is immediately available on the PC, PS4, Xbox One and Switch. The previous Season Pass DLC added characters like the villains Gentle and La Brava.