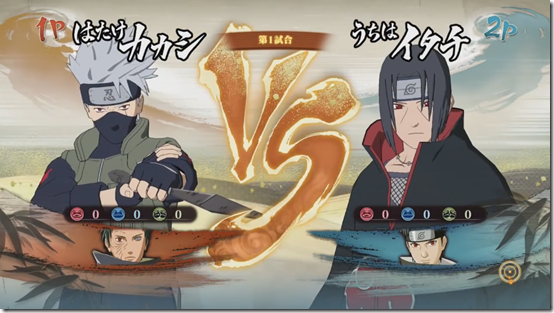 Bandai Namco released new footage of Naruto Shippuden: Ultimate Ninja Storm 4, that showcases a match up with Kakashi and a few Uchiha characters in a 2v2 battle. You can check out the video below.

The footage gives us a glimpse into a fast-paced tag team fight featuring Kakashi Hatake and Obito Uchiha vs. Itachi Uchiha and Shisui Uchiha.