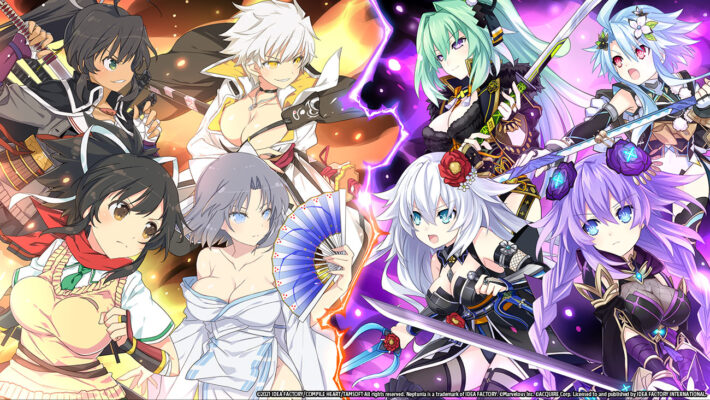 Idea Factory International confirmed that Senran NinNinNinja Taisen Neptune: Shojo-Tachi no Kyouen will appear worldwide. Neptunia x Senran Kagura: Ninja Wars will be its English name when it heads to the PS4 in 2021. Both digital and physical copies will be available.

Neptunia x Senran Kagura: Ninja Wars is set in Gamninjustri, rather than Gamindustri like the normal Neptunia games. There are two factions of ninja with their own ninja arts. The Compa Command style is practiced by ninjas like Neptune, Noire, Blanc, and Vert. (They are all the console goddesses from the Neptunia series.) Meanwhile, the Honeypa Action Style is practiced by Senran Kagura characters like Asuka, Homura, and Yumi. Now all ninjas are being attacked by Yoh Gamer and the Steeme Legion army of mechanical ninjas.

Details about the physical editions are slim at the moment. The standard PS4 copy will be $49.99. A special edition is also on the way, but Idea Factory International didn’t say how much it will be or what it will include.