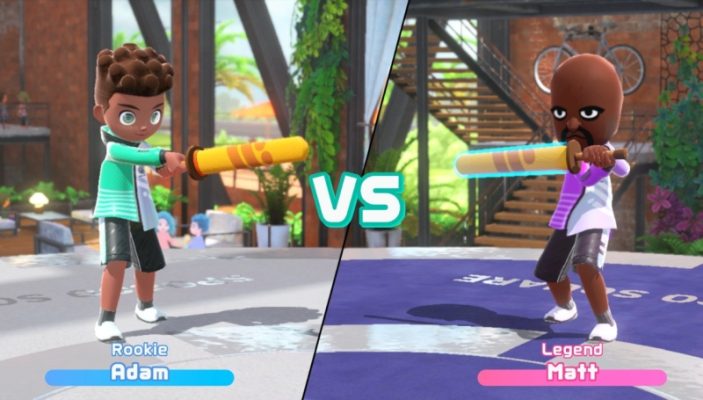 Feel like getting your clock cleaned in Nintendo Switch Sports? Nintendo of America is ready to oblige. A new “cheat code” shared by the company unlocks a new level of challenge for players to take on, in the form of Matt himself.

Nintendo of America shared the code on August 12, 2022 via its official account.

Interested in a tougher challenge in #NintendoSwitchSports? Try entering ZR + R + A or ZL + L + → on the difficulty select screen. pic.twitter.com/UI62lApxvw

The code is activated by pressing ZR+R +A or Z+L+→ on the game’s difficulty select screen. When used in the Nintendo Switch Sports Fencing mode, this unlocks “Legend” difficulty, and summons Matt. Matt is a recurring character from Wii Sports and Wii Sports Resort, its sequel. Created using the same tools used to make Mii characters, Matt was the highest-difficulty AI player in Wii Sports‘ Boxing and Wii Sports Resorts‘ Chambara modes. Players who defeated Matt in Boxing mode earned a pair of silver boxing gloves to outfit their Miis with. Matt was difficult enough that he became the subject of memes among players nostalgic for Wii Sports.

Now he returns to menace the non-Mii characters populating Nintendo Switch Sports. The cheat code only summons Matt in Fencing mode, but using it in other modes, like the newly-added Soccer, summons Legend-level Mii characters as well.

Nintendo Switch Sports is available on the Switch. Check out Siliconera’s review.