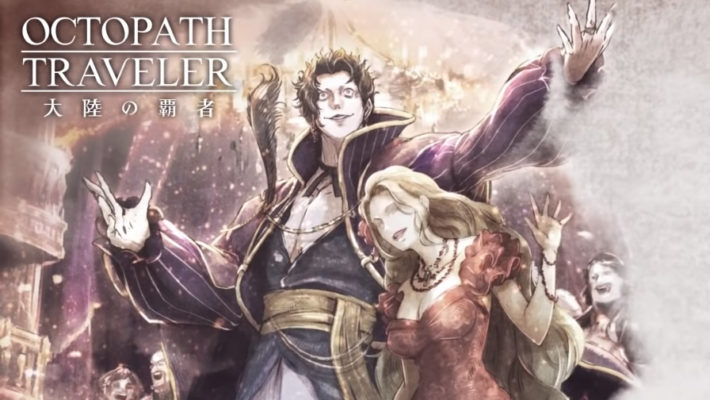 Just ahead of its October 28, 2020 release date, Square-Enix released a new Octopath Traveler: Conquerors of the Continent Argust story trailer. The video introduces one of the three villains: Argust, the Playwright and Conqueror of Glory. The game will be releaseD in Japan for iOS and Android devices.

Argust resides in the capital of the arts, where he rules thanks to the power of fame. His mad desire to create “marvelous” theater leads him to kill others for his amusement. The new trailer also introduces Schwartz, the husband of one of Argust’s victims. Schwartz vows to take revenge on the man who murdered his wife in the name of the theater.

Check out the Octopath Traveler: Conquerors of the Continent Argust story trailer below.

Octopath Traveler: Conquerors of the Continent is a single-player RPG and a prequel to the Nintendo Switch title, Octopath Traveler. Players will take the role of “the one chosen by the ring” and battle against three conquerors of the continent of Osterra: Argust, Helminia, and Titus. The mobile game will feature the same HD-2D aesthetic as the first entry. Evolving the series further, battles will now have up to eight playable characters participate in turn-based combat.

Octopath Traveler: Conquerers of the Continent will release as a free-to-play title. The launch date for Japanese mobile devices is October 28, 2020.