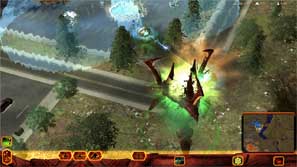 I was a bit apprehensive about playing Universe at War: Earth Assault.  No matter how many real time strategy games I play, I'm still bad at them.  I think it has something to do with my lack of micro-management skills.  Fortunately, Universe at War is fairly easy to play, even for an RTS retard like me.

The plot is your usual aliens take over the world story — nothing new.  What is new is that in addition to the human side and the alien side, players can also play on the side of a robot-like species called Novus. Playing each species unwraps a completely different side of the story instead of just the same story but with different units to control. 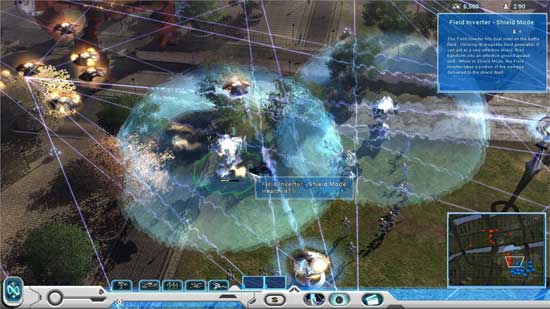 The controls of Universe at War make it easy to move around quickly, which is key to keeping track of what's going on in a battle.  You may need to quickly switch back and forth from your home base where tanks and helicopters are being generated to halfway across the map where the enemies are attacking someone you're supposed to defend.  The path-finding AI of the units are also pretty good.  You can simply tell them where to go and they'll find a way there. No need to babysit them and worry about them getting stuck behind a building. 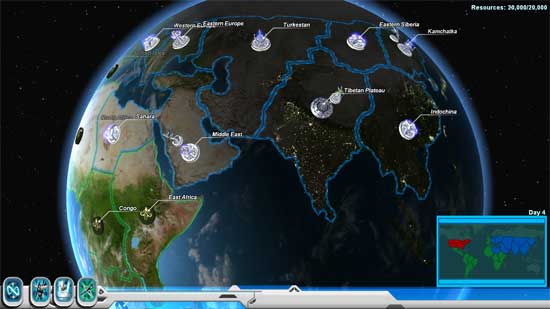 The game also caters to any style of play thanks to the many options to choose from when it comes to research branches.  The different species all have different skills to research and I like that the different skills aren't just basically the same ones with different names.  In fact, this is where I was impressed by Universe at War.  Playing each side feels completely different down to the different looking control panel each team has.  Their units and factories are all unique to their respective sides. 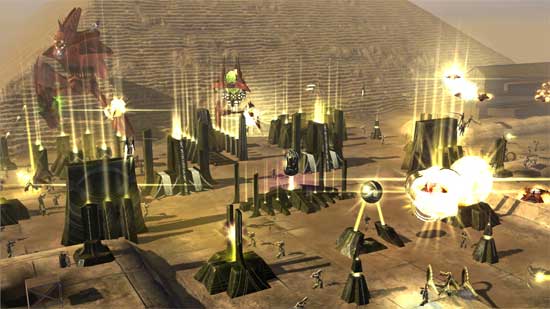 The game starts off with a couple of easy missions on the humans' side of the story, which lets players get a feel for the game.  Once I opened up the option to play as the other sides, I dumped the humans and started playing the aliens — mostly because they felt different than what I was used to and their sound effects are hilarious.  I got a bit tired of hearing my human generals yelling things every couple of seconds, but I never tired of the foreign alien tongue.

During my first hour of playing the game, I was a bit bored because it was a lot of been-there-done-that, but after a few more missions, I felt myself getting more into the game thanks to the new unlocked features and research trees.  Universe at War might not bring anything new to the table, but it's a solid RTS for any fan of the genre.