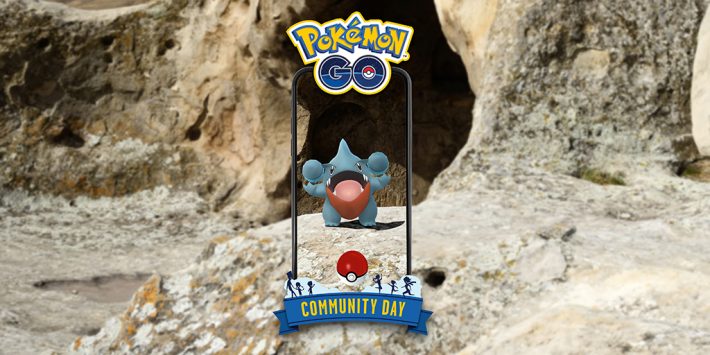 Niantic announced one of the harder to find Pokemon will be the star of the next Pokemon GO Community Day. On June 6, 2021, people will be able to pop into Pokemon GO and Gible everywhere in the wild. The event will run 11am-5pm local time everywhere. It will also involve an opportunity to evolve Gible, then Gabite, into a Garchomp with Earth Power.

People who log into the game will see Gible everywhere in Pokemon GO. Odds of seeing a shiny one will also be increased. As you might expect, Incense will last longer on Community Day. Using one will attract Pokemon for up to three hours. You’ll also get three times as much catch experience during the event.

As for Earth Power, it can be an effective Main move for Garchomp in Pokemon GO. It can deal 100 damage. Normally, this character isn’t one who can have this ability. (It tends to be found more often on, say, a Nidoqueen or Nidoking.) It would increase Garchomp’s effectiveness against electric, fire, poison, rock, and steel-type characters.

There will also be optional items to buy from the in-game shop. As usual, there will be a Pokemon GO Community Day box for 1,280 Poke Coins. However, there will also be a Special Research Story with extra missions. If you pay $1, you get access to Just a Nibble.

Pokemon GO is available for Android and Apple iOS devices. The Pokemon GO Gible Community Day will be June 6, 2021, and people can evolve to get an Earth Power Garchomp between 11am-7pm local time that day. The game’s May 2021 update added Sylveon, Goomy, and Xerneas.