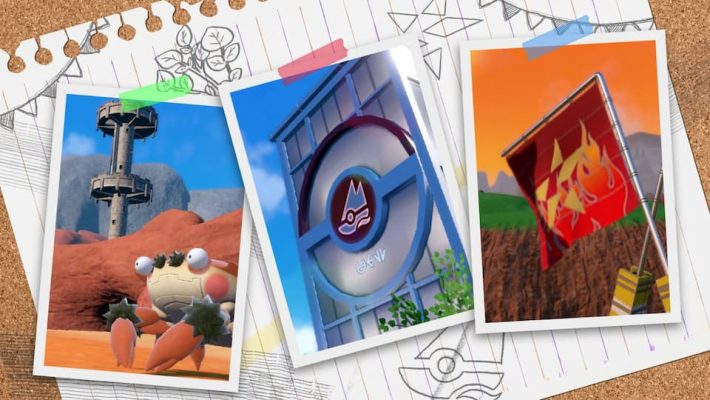 Nintendo has released a new trailer for the upcoming Pokemon Scarlet and Violet versions. In it, players are introduced to the three story paths available to them: Starfall Street, the Path of Legends, and Victory Road.

First up is Starfall Street, where players will face off against Naranja Academy’s troublemakers. Team Star, a group made up of several squads of the school’s delinquents, has been causing trouble for teachers and students alike. Players must go to each squad’s base and fight off an onslaught of Team Star Grunts’ Pokemon in order to challenge the squad boss. Squad bosses will appear on their custom Starmobile cars, which will assist them during the battle. Both the party Pokemon and the Starmobile must be defeated in order to take down a squad boss.

Next, players are introduced to the Path of Legends. Arven, a new character, is looking into healthy recipes for Pokemon food. His quest has led him to search for Herba Mystica, rare herbs found only in Paldea that are said to heal a Pokemon the moment they eat it. The Herba Mystica are guarded by massive, formidable Titan Pokemon, however, which makes them even more difficult to obtain. By helping Arven defeat the Titan Pokemon and collect the Herba Mystica, players will be offered some of his hand-made dishes.

The last story shown is Victory Road, which will be very familiar to Pokemon veterans. Players who accept Nemona’s suggestion of becoming a Champion-ranked trainer must challenge Paldea’s eight Pokemon Gyms. After defeating every Gym Leader, players must go to the Pokemon League headquarters to take the Champion Assessment. Those who pass will be deemed Champion Rank Trainers.

The new Pokemon Scarlet and Violet trailer also introduces several new characters. Though a bit overbearing and curt, Mela, the boss of Team Star’s Fire crew the Scheder Squad, will finish any task she sets her mind to. Arven is an upperclassman at Naranja Academy who is good at cooking but bad at Pokemon battles. The mild-mannered chairwoman of the Pokemon League, Geeta, is the strongest Trainer in the Paldea region, and the Grass-type user Brassius is the Artazon Gym Leader. Additionally, the Rock-type Klawf, Fire- and Psychic-type Armarouge, and Fire- and Ghost-type Ceruledge are all new Pokemon that will appear in the upcoming game versions.

Pokemon Scarlet and Violet will release worldwide for the Nintendo Switch on November 18, 2022.