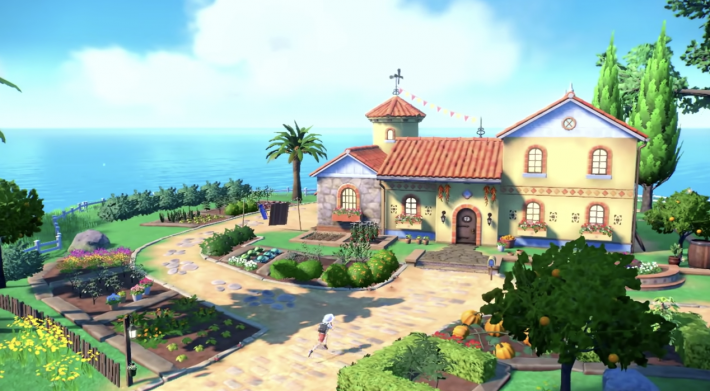 Nintendo promised a new Pokemon Scarlet and Pokemon Violet trailer on June 1, 2022, and it came through to show off new Pokemon and reveal a release date. The game will arrive on November 18, 2022. The video offered a better look at the new regions and elements folks can expect.

The video begins with the player’s avatar leaving home. After that, we meet Professor Sada and Professor Turo, the two professors we’ll aid this time around. From there, the new Pokemon acting as starters are shown in Pokemon Scarlet and Violet for the first time. There’s also a fight against a person named Nemona and a new electric-type Pokemon named Pawmi. The player catches a new grass-type named Smoliv at the 1:12 mark. We also can see trainer customization options, as well as a glimpse at its up to four player cooperative multiplayer. Lechonk, a new Pokemon that looks like a pig, shows up around the 1:20 mark.

Here’s the full Pokemon Scarlet and Pokemon Violet trailer, with the release date appearing at the end.

More details were confirmed via tweets. This will be an open-world game where you can visit areas in any order. Pokemon Scarlet‘s legendary is Koraidon, while Violet‘s is Miraidon.

As a reminder, the initial reveal focused on showing what the playable character and new starter Pokemon would look like in Pokemon Scarlet and Violet. For example, your avatar’s outfit color scheme will vary depending on the version you choose. People will also be able to choose the fire-type Fuecoco, water-type Quaxly, or grass-type Sprigatito. Some returning characters also showed up in the reveal trailer. For example, Larvitar, Magnemite, Pikachu, Stonjourner, and Swablu all live there.