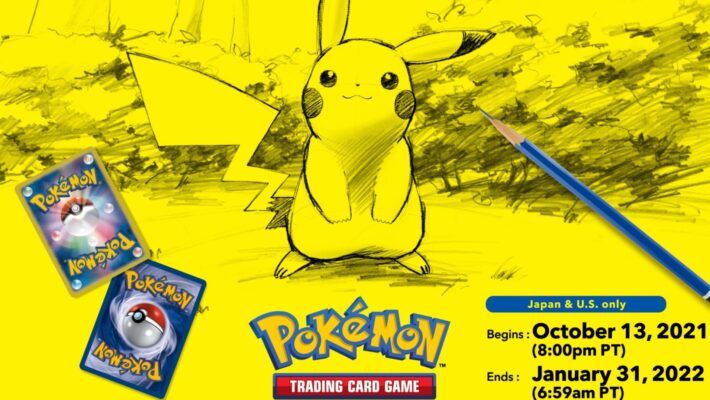 The Pokemon TCG Illustration Contest 2022 will be open to both artists in Japan and the United States, the Pokemon Company International and Creatures Inc. announced. This marks the first time US applicants are eligible for the contest, following two similar Japan-only events. Entries for the contest will be accepted from October 13, 2021 until January 31, 2022.

The Pokemon TCG Illustration Contest 2022 asks interested artists to capture “the daily life of Pokemon” and to choose from one of the following Pokemon to feature in their design:

Winners will be announced in Summer 2022. One Grand Prize winner and two First Runners-Up, one from Japan and one from the United States, will each have their artwork featured on upcoming promo cards for the Pokemon Trading Card Game. Applicants may enter up to three unique entries. Monetary prizes range from $500 to $5,000, and all applicants must be of legal age to enter.

The Pokemon Franchise is celebrating 25 years with a number of events and releases throughout 2021. In recent news, a new compilation album is set to release on streaming services in October 2021, featuring a number of trending western artists.

The Pokemon TCG Illustration Contest 2022 will be accepting entries from residents of Japan and the United States between October 13, 2021 and January 31, 2022. All winners will be announced in Summer 2022.