Ravenmark developers Witching Hour Studios have a tiny twist on the turn based strategy genre. Romans In My Carpet recreates the battles of Rome and Britannia… on your dorm room’s carpet. Players lead groups of mite-sized soldiers on chariots pulled by spiders through perilous four-sided dice mountains and poopflinging catapults.

"Just about everything in Romans is a parody of fantasy games, where swamps are made from Nutella, D&D minifigs are the stuff of idol worship, and the final battle takes place *inside* a console ‘fortress,’" executive producer Brian Kwek said to Siliconera. 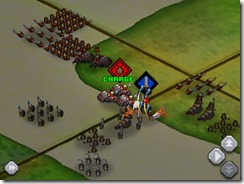 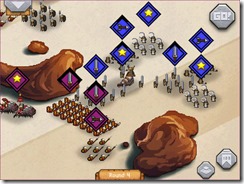 "Our artists were basically jamming on some ideas and their caricatures of mite-sized Romans really stood out," Kwek said when discussing the origins of Romans In My Carpet. "It also got us thinking about what would happen if we took the mechanics of Ravenmark: Mercenaries and re-balanced everything so that it’d fit a proper paid game model."

Romans in My Carpet has 10 battles in the single player campaign and asynchronous multiplayer battles. The game is slated for release in spring 2014 for iOS and Android.