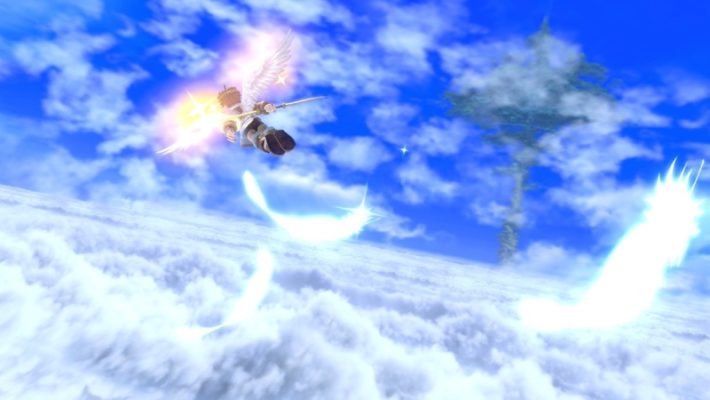 It’s been nine years since the last Kid Icarus title, Kid Icarus: Uprising, released in 2012 for the Nintendo 3DS. Director Masahiro Sakurai didn’t forget its anniversary. He celebrated the occasion with his March 22, 2021 tweet, showing off an artfully composed screenshot of protagonist Pit taking flight in Super Smash Bros. Ultimate. He also commented on the odds of another Kid Icarus: Uprising game

Unfortunately for people that might have been hoping for a big Kid Icarus: Uprising game announcement or surprise reveal, that same tweet was also used to dampen those very flames somewhat. Translated from Japanese, the message said:

“On this day in 2021, New Light Mythology: Palutena’s Mirror (Kid Icarus: Uprising) went on sale!!  We’ve received many requests for a sequel or a remake, but that might be a bit difficult…

Pit’s new design is based on the one created for Super Smash Bros. Brawl“

While a single sentence in a tweet is merely a casual denial, the comment holds some extra weight coming from Sakurai on the game’s ninth anniversary. As a prominent developer and the last person to direct a Kid Icarus game of any sort, there’s a chance he could be involved if plans were in the works. This also isn’t the first time Sakurai’s had to put the kibosh on rumors of a revival. As late as 2018, Sakurai spoke out in EDGE magazine about the game’s difficult development process, denying the possibility of even a Nintendo Switch port of Uprising.

Kid Icarus: Uprising debuted to positive reviews and was of 2012’s best-selling games in Japan. Within a year, it would sell nearly 1.8 million copies. 2021 will see the brand celebrate its 35th anniversary, and 2022 will make it a full decade since a game in the line came out.