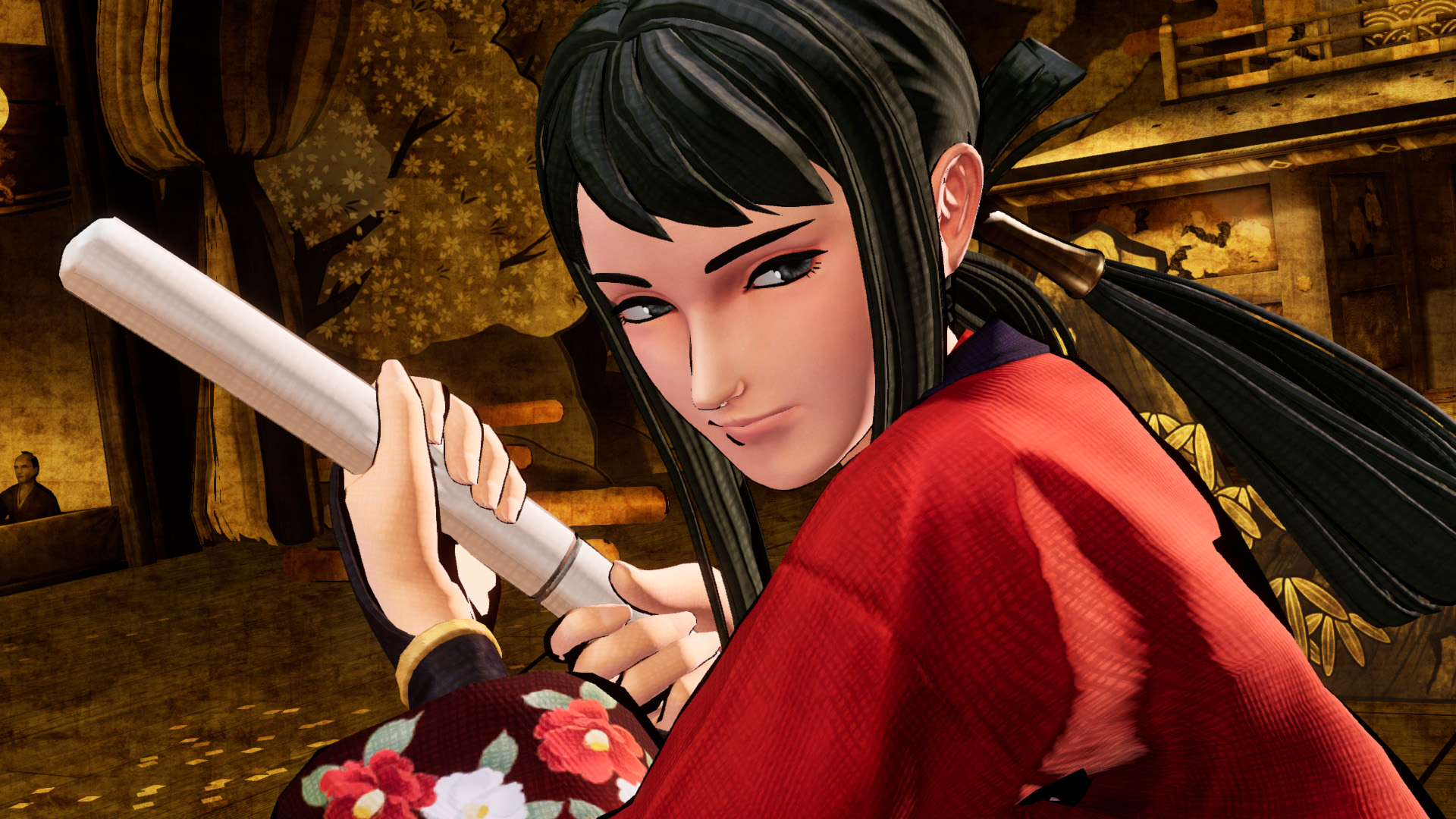 Following the debut of The Last Blade’s Hibiki in Samurai Shodown, SNK took to Twitter to hint at a secret regarding her personality. People who purchased the new DLC character can change how she behaves in-game. When you are in the character select menu, pressing an additional button when you pick her changes the fighter’s personality.

Here’s how it works on a PlayStation 4. When you scroll over to Hibiki in Samurai Shodown, hold the square button while you select her with X to change her personality. (This should be the X button on the Xbox One.) If you don’t press any additional buttons and choose Hibiki, she will express regret over killing, look sad when executing some of her special attacks, and seem more timid in her opening and ending quotes. If you go for Alt. Hibiki, she will be far more ruthless and relish cutting people down.

SNK also shared an Alt. Hibiki Samurai Shodown trailer that highlights her change in attitude. It points out how her personality can also change if you use Super Special Moves and Weapon Flipping Techniques to win, just like how she would change in The Last Blade 2The Last Blade 2 and The Last Blade: Beyond the Destiny. It also shows one of the unique victory screens of the more malicious version of the character. In that quote, she said, “A flawless victory. I feel quite good. Perhaps I should face another opponent.”