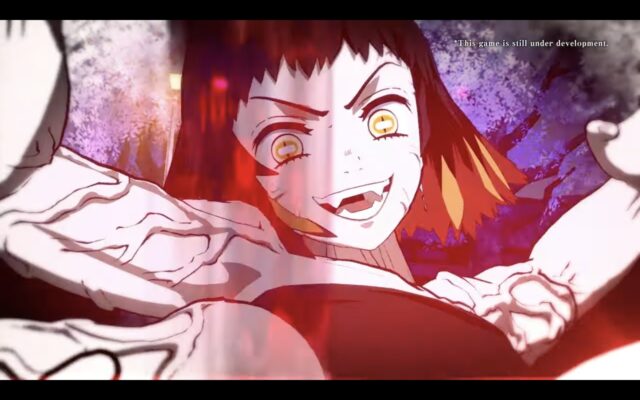 More of Demon Slayer demons are being shown off in a new Development Report video for the upcoming game, like Susamaru and Kyogai. Both of them will appear in Demon Slayer: The Hinokami Chronicles Adventure Mode. In the trailer, people can see the character models and concept work first. Then, it shows them briefly in action. However, in each case we don’t get to actually see people like Tanjiro or Nezuko fight them.

Here’s the full Demon Slayer: The Hinokami Chronicles Development Report 3 looking at characters like Susamaru, The Swamp Demon, Yahaba, Kyogai, and a Spider Demon in Adventure Mode. Not every one of them gets a moment where we can see both concept art and in-game footage. However, both Susamaru and Kyogai do get those extra moments in the video.

Lots of Demon Slayer: The Hinokami Chronicles characters have been shown off over ahead of launch. For example, a gamescom 2021 trailer showed how Rui will look in-game. We also learned that there will eventually be playable demons following a post-launch update for the game.

Demon Slayer: The Hinokami Chronicles will come appear on the PlayStation 4, PlayStation 5, Xbox One, Xbox Series X, and Windows PC on October 14, 2021 in Japan and on October 15, 2021 worldwide.